Another De Niro Rant: This Time Against NRA, Roseanne 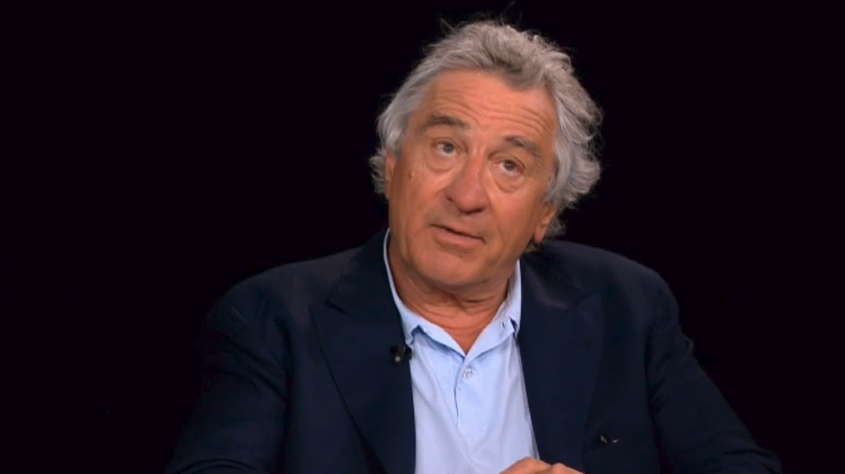 Robert De Niro has been making good on his promise that he will be speaking out against Donald Trump and his conservative supporters at every opportunity, or at least when a handful of Hollywood sycophants is there to applaud his liberal orthodoxy.

This time, the aging actor decided to slam the NRA and the Roseanne revival, mentioning that there will be no attempt on his part to reach across the aisle towards conservatives. Classic. Hey, at least he’s honest though, rather than many of the holier-than-thou celebrity liberals who preach about brotherly love, but act hateful.

De Niro sat down with Indiewire for an interview during the setup of 2018’s Tribeca Film Festival, an event the actor and Jane Rosenthal co-founded in 2002. During the interview, De Niro brought up the Parkland high school activists, and talked in typically glowing liberal fashion about their cause.

“The people I care about are those young people who demonstrated,” the 74-year-old said.

“They’re the future. They know. They say, ‘We’ll remember in November.’ They’re the ones who feel the way we do. Not the way the gun lovers and the NRA do, with all that idiocy to the point of absurdity.” Well, that pretty much speaks for itself.

For the last several years, Robert De Niro has been explicit about his views on gun control. In an interview with New York Magazine, following the Newtown, Connecticut shooting, he stated his belief in having “some regulation of guns,” adding that “It’s crazy how almost anyone can get a gun.” Now De Niro is sputtering about NRA’s influence over the Center for Disease Control and Prevention.

An outraged De Niro claimed, “The CDC can’t even do a study because the NRA stopped it. The CDC works for us! How can the NRA stop that? What kind of absurd logic is that?” It sounds nefarious, but as NRA spokesman, Lars Dalseide explained, institutions are “restricted, however, from using government funding to advocate or promote gun control.” He clarified that the CDC researchers, at the time, “publicly stated their intentions to do just that.”

Dalseide added that “The NRA supports private and public research into the causes of violence in our communities, but we do not support using tax dollars to promote an anti-gun agenda.”

And there is plenty of government and private research about gun violence, but making guns a “health” issue gives the left another talking point.

When asked about the Roseanne revival’s ratings win, the “Taxi-Driver” star was not amused and made it very clear that he couldn’t care less. He claimed, “I have never seen her show before, I didn’t know she was supporting Trump, but I have no interest in that.” Candid about his vehemence about for bipartisan unity, De Niro stated, “We’re at a point with all of us this where it’s beyond trying to see another person’s point of view … we’re at a point where the things that are happening in our country are so bad and it comes from Trump.”

So for De Niro, Roseanne can basically go to hell. As far as everything else goes, well you have a crotchety, old actor who simply hates conservatism and loves to gripe about it. It’s just funny that he’s so anti-NRA, because for millions of people, he’s synonymous with the gun-toting gangsters he’s played.