Love him or hate him (and most liberal sports media hate him) Tim Tebow’s name always draws attention. Heisman Trophy winner, NCAA national champion, former NFL QB and current minor leaguer with the New York Mets, Tebow is the most famous Christian athlete in America. And his mom has gotten her share of attention too.

That’s why it’s odd that there was virtually no mainstream media coverage of Pam Tebow’s speech at Washington, D.C.’s 45th March for Life last Friday. While major news outlets focused on covering the Women’s March and its coalition of pro-abortion and other lefty causes, they mentioned nothing about the speech Mrs.Tebow gave about her own pro-life miracle. Pam spoke about the birth of her son, and spoke about her choice to reject doctors’ recommendations for an abortion.

She recalled how, during her family’s missionary stay in Manila, the doctors ran tests and “determined that Timmy was a mass of fetal tissue – a tumor, and I needed to abort, abort immediately or I would die.” However, Mrs. Tebow and her family decided to “trust God and refuse to have an abortion.” Mrs. Tebow recounted how she sought the help of a pro-life, American doctor, who she said “saved my life and the life of our son.” During the delivery, he claimed to have “never witnessed such a miracle, because only a tiny piece of the placenta was attached.”

This is not the first time Pam Tebow publically shared her pro-life story. She and her son both appeared in a 2010 Super Bowl ad to deliver the same message. The commercial, put together by FocusOnTheFamily.org was a thirty-second clip in which Pam called Tim her “miracle baby” and said that she was “not sure that he was going to make it,” implying her choice against abortion.

In response, USA Today presented it as one of the most controversial Super Bowl ads of all time, saying that it “didn’t mention abortion. But it reminded people that Tim Tebow’s mother, Pam Tebow, was advised to abort him. And that made some people very angry.” 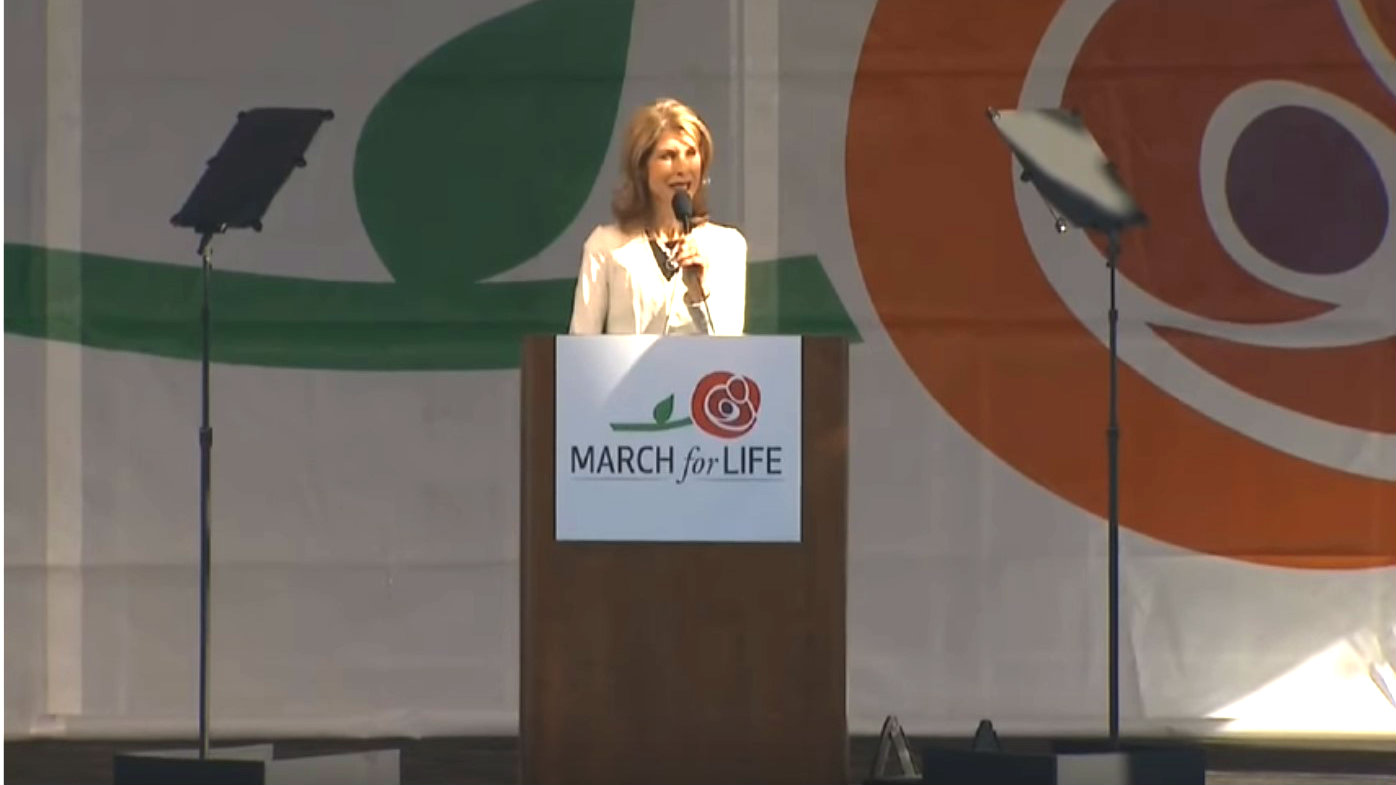 That year, in 2010, ABC News reported that a national coalition of women’s groups petitioned CBS to dump the clip. Jehmu Greene, president of the Women’s Media Center, admonished CBS “for inserting an exceedingly controversial issue into a place where we hope all Americans will be united, not divided.” CBS insisted that the ad was “appropriate for air.”

At the march, Pam said that she remains optimistic despite such constant opposition. She said, “But, thanks to our noisy opponents, and the ever present media [around the Super Bowl], the message got out.”

Pam also stated that the Christian market research firm, The Barna Group, reported that the Super Bowl ad convinced 5.5 million people to re-examine their stances on abortion. Maybe the liberal media’s strategy of keeping quiet on Mrs. Tebow might be in their best interest, because their usual, loud opposition of the movement seems to have been working in her favor.