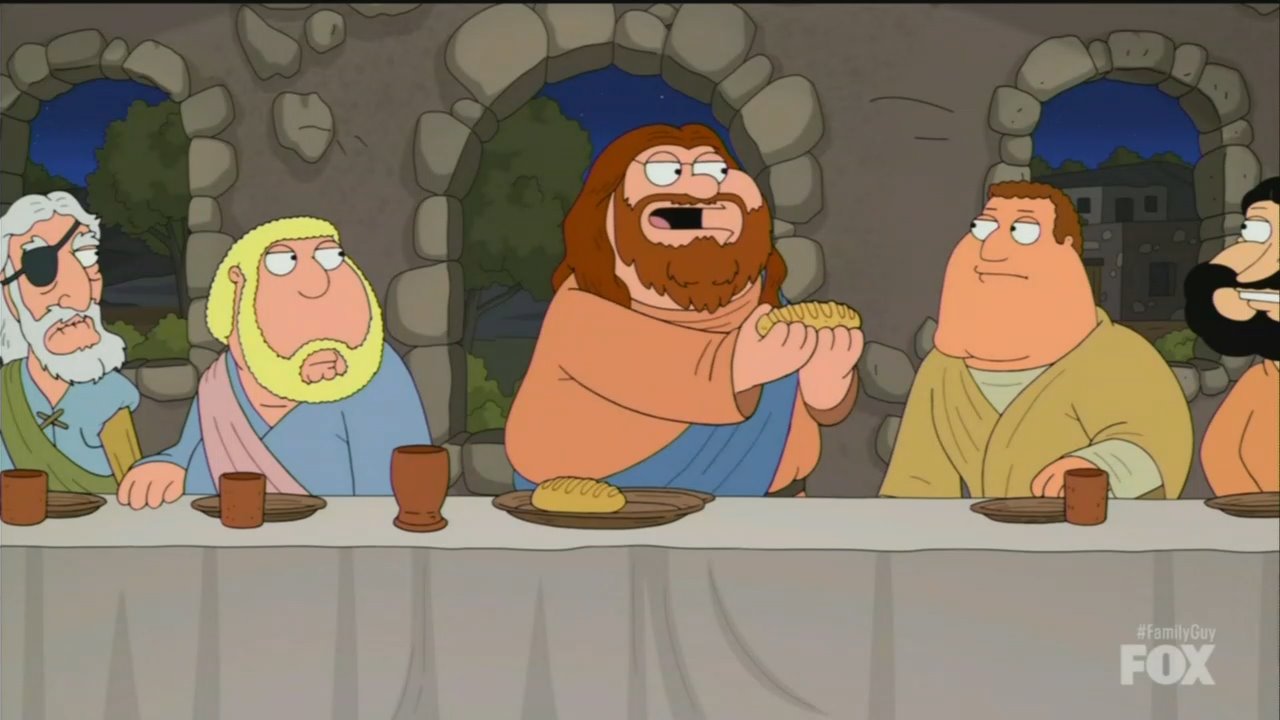 Mocking Christians and Christianity is a long-established part of Family Guy's television history. Seth MacFarlane really thinks Christians, and religious believers in general, are dumb and he wants to keep letting us know it. Just last fall, the character of Lois called religious believers "stupid people" and "idiots."

This week on the episode, "Holly Bible," on May 10, Lois' character retreaded the insult. When the Griffin family was stuck in a hotel room during a hurricane, Peter took out a Bible for them to read. Lois called the book, "Harry Potter for stupid people."

Peter soon began to tell the family Bible stories, but with a Family Guy spin. Most shocking, when Jesus and his disciples were at the Last Supper, the dialogue turned into sexual innuendo about the Eucharist.

Peter (as Jesus): Okay Good. Here's the bread. Now everybody listen up. Take this, and eat it. It's supposed to be, like, my body.

Quagmire (as apostle): Ew, what part?

Peter: I'm not gonna say what part, but you're supposed to eat it while kneeling.

Stewie: All right, now it's a party.

Peter: Okay, now pass this wine around. You're never gonna believe what this is supposed to be.

Family Guy has crossed many lines in its attacks on Christianity through the years, from literally kicking Jesus at the nativity to having Jesus call His Father a "dick." Sexualizing the Eucharist is a new low. It is long past time for MacFarlane to give his hatred toward Christianity a rest.