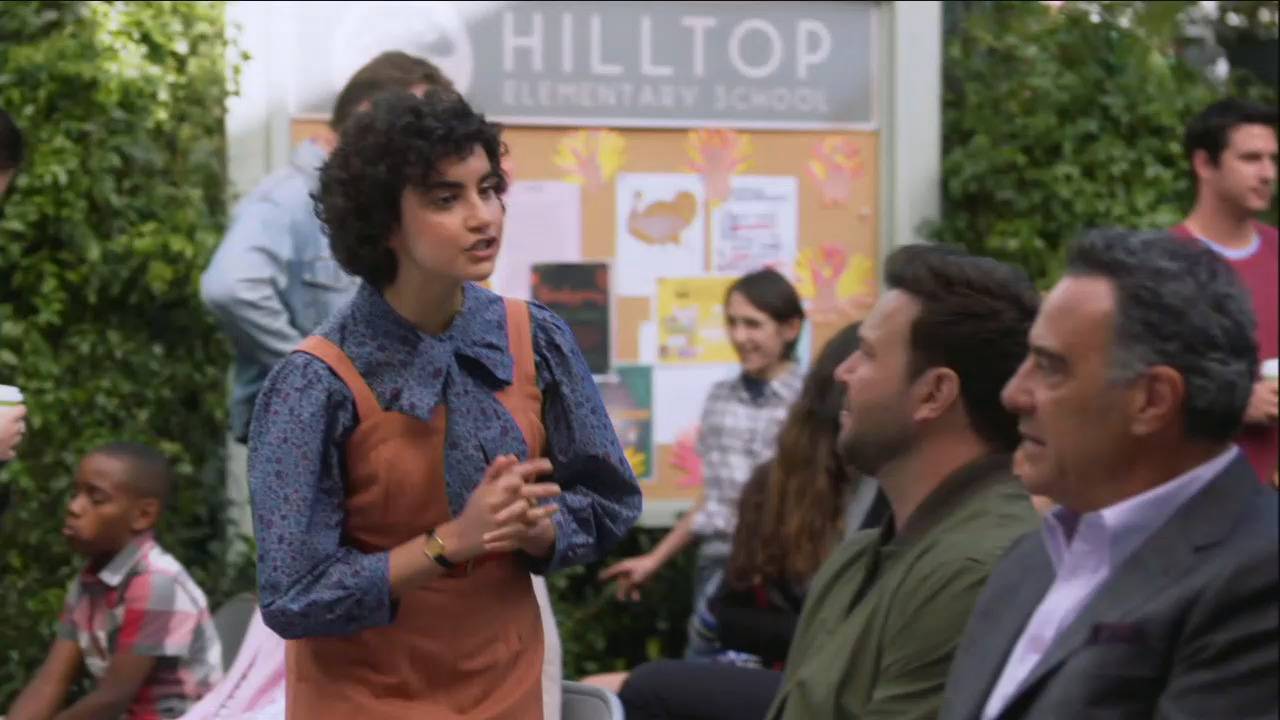 The ABC comedy Single Parents has both mocked feminists and tried to turn male characters into them. In the November 20 Thanksgiving episode, “Every Thursday Should Be Like This,” they had a “woke” public school teacher who greets the children with "Happy Genocide Day."

Ms. Homily Pronstroller, classroom teacher for the single parents’ kids, is an insufferable left-wing millennial. She drives the older, no-nonsense room parent, Douglas (Brad Garrett), nuts. During the classroom’s Thanksgiving presentation, she greeted him with concerns about the ethical nature of the coffee beans he brewed for the gathering. “Hey, Room Parent, I saw your coffee station. A little worried those beans weren't farmed responsibly,” she tells Douglas. “Yeah, that's because they weren't. Move along, please, Ms. Pronstroller,” Douglas replies. Douglas tells his friends, “She texted me last night, asking if I was okay with non-gendered CPR dummies. Hmm. I have no opinion in these matters. Tell you what I do know -- that woman needs a man.”

As it turned out, the teacher was dating Douglas’ single dad friend, Miggie Park (Jake Choi). Unfortunately, their romantic relationship was composed entirely of digital communication devoid of face-to-face conversation. “It's all about sliding into dms, gifs, likes, reposts, double taps. You feel me?” Ming explains. “I do not. Nor will I ever,” Douglas replied.

Miggie invited Ms. Pronstroller to Douglas’s Thankgiving gathering and the kids answered the door, surprised to see their teacher outside of school:

Graham: My teacher. In my temporary home? Who's watching the school?

Ms. Pronstroller: Hi, friends. Uh, what are we doing with our day? I hope we're not just lying around.

Sophie: Um...no. No. We are in our comfy pants... Because we are rehearsing our Thanksgiving play.

Ms. Pronstroller: Well, I'm sure it'll reflect everything I've taught you and not traditional holiday stereotypes.

Graham: Great. Now we got to come up with a play.

Graham: Do any of you even remember the Thanksgiving unit?

When the children finally performed their Thanksgiving play at the end of the episode, the parents discovered that the children had learned almost nothing from Ms. Pronstroller about the history of Thanksgiving. “Pilgrims. Native Americans. A new world. Turkeys. Cranberries. A boat. Two boats. Three boats. Possibly four boats,” the kids mumbled. “Is this all they've learned this year?” a parent asked. “Please e-mail all concerns to Douglas,” Ms. Pronstroller replied.

Well, at least the kids did not perform a “genocide” with big, bad pilgrims killing innocent and loving Native Americans just as the Europeans get off the boat. After all, with left-wing teachers like Ms. Pronstroller, you can never be sure what your children are learning.