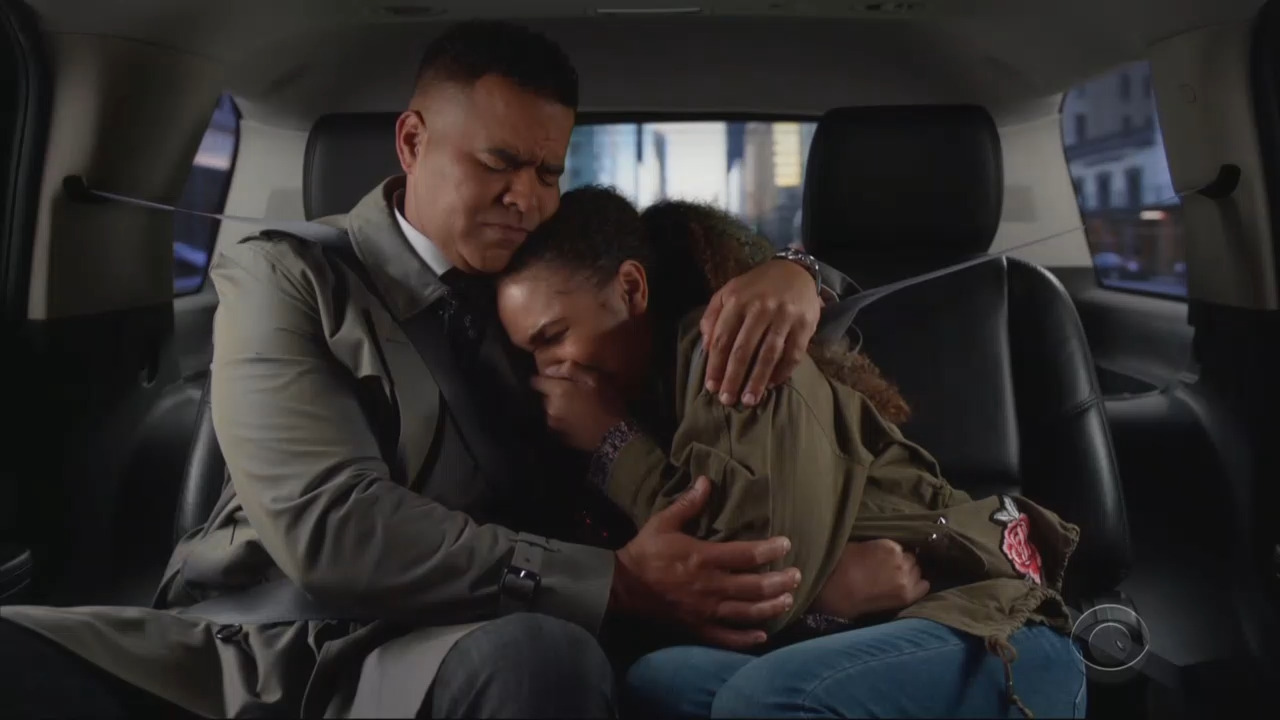 Here at Newsbusters we have been covering the abortion saga on the CBS drama Bull, produced by Dr. Phil McGraw. In a television era when Planned Parenthood practically writes scripts and Hollywood actively tries to “destigmatize abortion,” Bull has been one of the few shows to at least acknowledge the moral wrong of abortion. Unfortunately, it has also made some concessions to abortion attitudes by implying that a pro-life parent should still be supportive of their child if the child chooses abortion.

In this week’s episode, “Doctor Killer,” on November 4, the show’s pro-life father, Chunk (Christopher Jackson), does not actually go into the abortion clinic with his daughter Anna (Jazzy Williams). He waits across the street from the abortionist’s office while his daughter is destroying her unborn child. After the abortion is over, she breaks down in tears in his waiting car.

Chunk: She'll be down in a minute. Uh, doctor's appointment. She's nervous. Nervous. (Sighs) Uh, excuse me. Any way we can put this barrier up, here? Just for privacy? (Window whirring) Thanks.

Chunk: Yeah, he lent it to me. You okay?

In an era when television shows play the Christmas carol “Silent Night” while a character contently gets an abortion or sets a gospel hymn to the act, a show which actually portrays post-abortion sadness or regret is at least a moment of rare honesty.

It would be good if the show explores Chunk helping his daughter through post-abortion suffering in the seasons to come. It would be even better if could provide information on resources (like from Rachel's Vineyard and PATH - Post Abortion Treatment and Healing) as this taboo topic is broached.

After dropping his daughter off at her dorm on a Sunday, Chunk decides to go to church. Previous episodes have shown how pain over the possible murder of his grandchild is causing Chunk to become more religious.

Also, in a slightly confusing twist, Chunk’s sorrow over his daughter’s abortion causes him to help his law firm’s client realize he is not the cause of an accidental death. “Well, I believed it when you told the court you regretted the doctor's death, but I hope you also meant it when you said you knew you didn't cause it,” law firm psychologist Bull (Michael Weatherly) tells the young man who is on trial. “Oh, no, I meant it. Actually, that was something Mr. Palmer [Chunk] tried to get me to see,” the young man explains.

We would have loved to see an episode where Anna chose to keep her child. Seeing the joy of an unplanned baby could bring hope to those struggling with an unexpected pregnancy. Alas, such an ending may have been too much to hope for in today’s Hollywood climate.