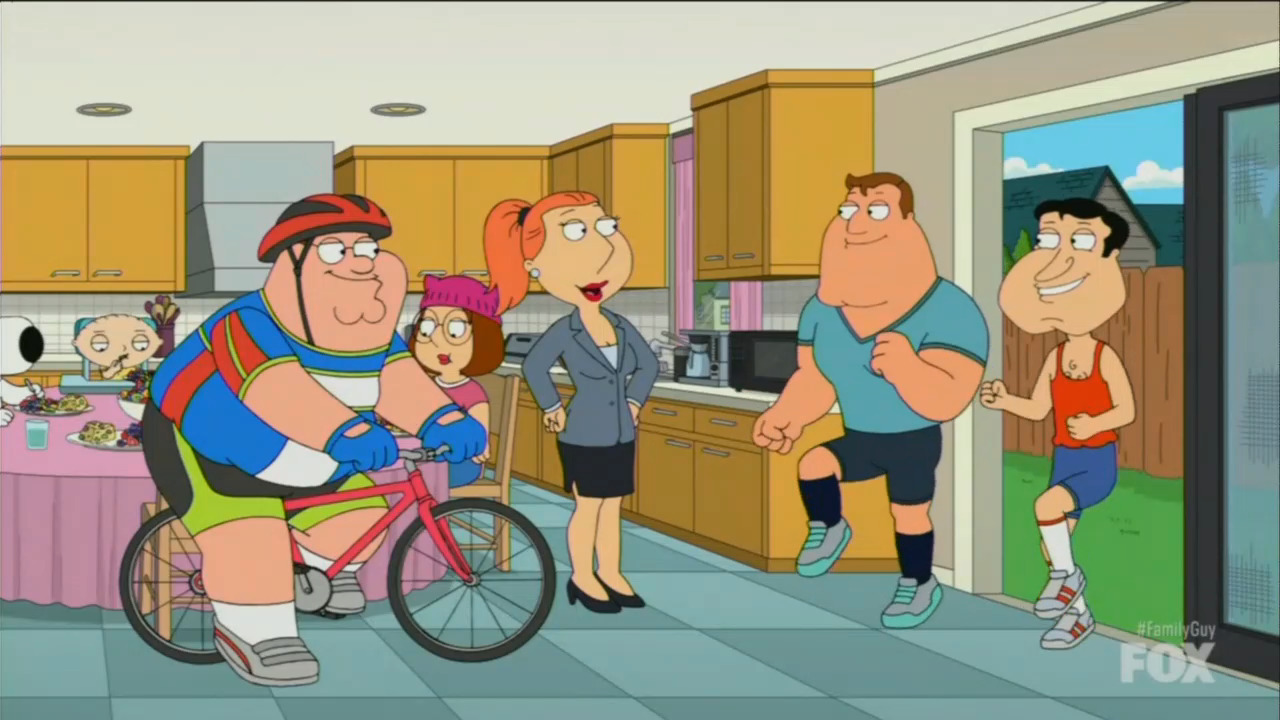 This fall, the usually left-wing Seth MacFarlane has been having a lot of fun on Family Guy making sport of PC-pieties. Previously this season, the show poked fun at transgender madness and mocked participation trophies.

Peter: Good morning, goddess. You know, I just want to say again that you were totally right last night to bring up that thing I did wrong 11 years ago. And please feel free to bring it up again anytime, even if we're talking about something completely unrelated.

Lois: Thank you, Peter, I will.

Lois: Oh, hello, gay couple who's constantly jogging. What are you up to this morning?

Joe: Yeah, we're network TV gay, so all we can do is adopt children and pucker-kiss, no tongue stuff. -Isn't that right, sweetie?

Lois: Well, I'm off to my high-powered job at a fashion magazine, greeting card company or winery. I can't wait to see which.

When Lois arrives at work, her secretary asks, “How was your night last night?” “Great. I worked out, made dinner, a little family time, and had Peter's ankles up in the air by 11:00,” Lois answers. “God, I admire you,” the secretary replies.

Lois gets another promotion at her job, beating out her male competition. He is named “Smarmy J. Tie-straightener the Third” and he “hit a gay jogger on my way to work today.” After Lois comes up with an idea that evening to succeed, Peter tells her, “My testosterone is so low I could not have thought of that.”

Family Guy’s take on worn-out feminist platitudes and manufactured narratives made for many laughs. While we would have loved to see Family Guy use an episode about Disney to take on that company’s smarmy relationship with China, for now we will have to leave the gutsy anti-China episodes to South Park. But at the rate Family Guy is going, maybe kow-towing to communists will be its next parody?