Meanwhile, Brian the dog resumes his sexual relationship with Ida from a previous season. He worries that somebody will find out he is having “goofball sex” after room service rings the doorbell of their hotel room. Later, he decides to go public. His family lets him know it is okay because it's 2019 and “things that were gross five years ago are now heroic.” 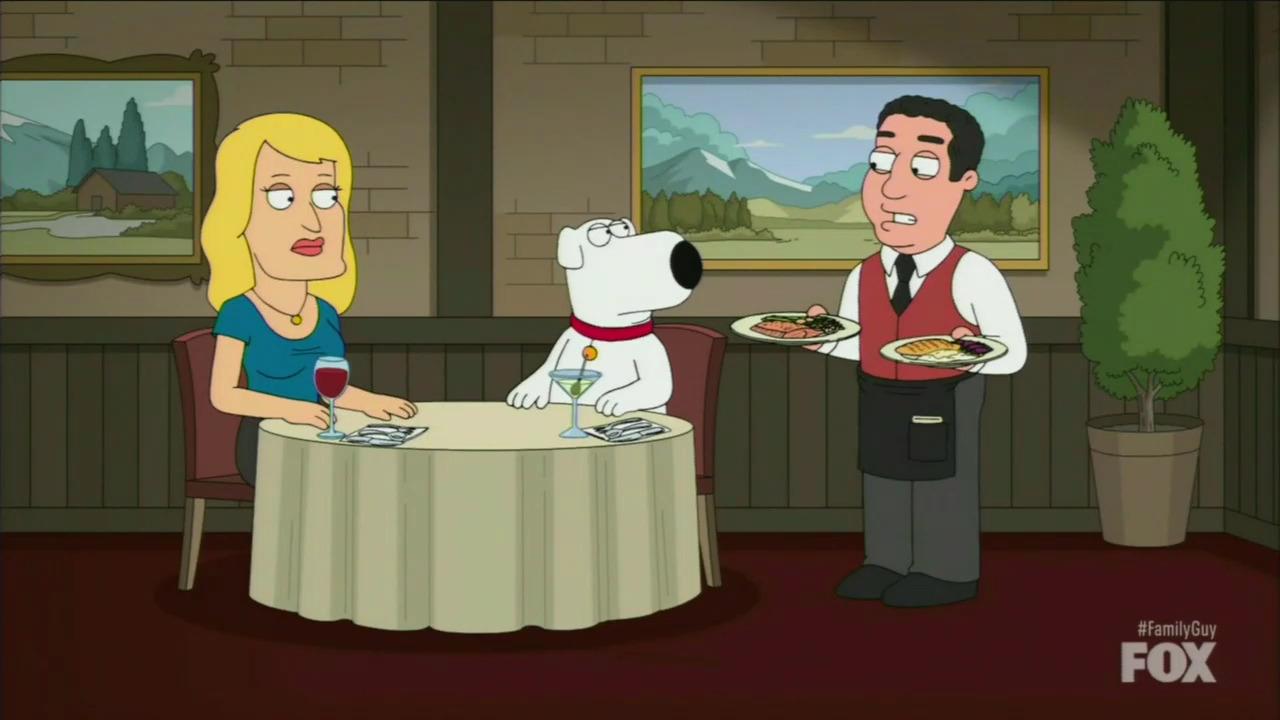 In a funny dinner-date segment, the waiter desperately tries to figure out what sex Ida is. “The fish is for the gentleman, and the chicken is for the lady,” he’s told by the chef. He walks out towards the table, hears Ida speak and immediately returns back into the kitchen. He is finally able to give the proper meals only when Brian says he got the fish.

Family Guy still tries to not get into too much trouble with the PC police. Quagmire eventually tells Ida that she is “a beautiful, intelligent woman” with all sincerity even though the incident with the waiter tells otherwise.

Nonetheless, “Bri-Da,” is an improvement over the last episode with Ida which faithfully played-out all the transgender PC pieties. Maybe even left-wing Seth MacFarlane has begun to realize that the humorlessness of his own side has gone too far.