Donald Trump found himself in the crosshairs of NBC’s The Carmichael Show on Sunday night. But then again, so did Bernie Sanders and Hillary Clinton. In fact, if this episode was meant to resemble a political smack down, it was more of a “Three Stooges” type smack down, where everyone took an open-handed swat.

The source of the conflict, is Jerrod’s dad Joe (David Alan Grier), who comes home announcing that he’s voting for Trump, after meeting the soon-to-be Republican nominee at a butcher shop. Where, as Joe puts it, he is reminded of man’s dominance over the animals of the field.

The announcement doesn’t sit well with Jerrod’s girlfriend/fiancée Maxine (Amber Stevens West) who had hoped to announce her and Jerrod’s engagement. Only to be upstaged by Trump:

Maxine: Okay, Joe, this man could be the leader of our country. The-the fate of the world could rest in his hands, and he's talking about building walls and exporting citizens. He very well could be the next Hitler.

Joe: Well, there it is. Can we get through one election season without somebody being called Hitler? Trump is not Hitler, okay? You can't get that far in New York real estate without support from Jewish people.

Jerrod: Look, if we're being honest, we just can't judge a president by what they did before they got into politics.

Maxine: What? That is all we can judge them on. Ronald Reagan was an actor. He literally lied to people for a living, and we made him president. Uh, Obama was a community organizer, and if we're being honest with ourselves, what the hell was that?

Cynthia: I always wondered about it, but I didn't want to rock the boat.

Jerrod: George W. Bush, it-it was basically his first job. It's like his parents were like, "You got to get off the couch and do something," and then he became president of the United States.

Maxine: All right, Joe, give me the best reason that you are voting for Trump.

Joe: Well, second, see, he wants to, um... Bring all the jobs home, and he wants to build up the military and take care of our veterans.

Maxine: He said Senator McCain wasn't a war hero because he was captured. That's like saying JFK got what he deserved for showing off in a convertible.

Jerrod: MMM, I mean, you could say that, but...Everybody's gonna hate you for it.

Joe: Okay, Maxine, since you got all the answers, tell me who you voting for.

Maxine: Bernie Sanders. He is the only honest candidate in the race. We're starting a revolution.

Joe: Bernie Sanders? At least my guy stands a chance. So the leader of your revolution is a 74-year-old man? "Vote for Bernie Sanders. He'll rebel till 6:30 P.M.

Cynthia: Uh, Maxine, I thought you were voting for Hillary. Aren't you a feminist?

Maxine: Yeah, I am, but I'm not just gonna blindly vote for a woman. I mean, Sarah Palin is a woman. Should we be voting for her?

Cynthia: Maxine, I thought we were having an intelligent political conversation.

Cynthia: What? She's the most qualified candidate. She was a senator, uh, she's secretary of state and First Lady.

Jerrod: I know, it's crazy to be that popular and that forgettable at the same time. She's like, uh... Uh, she's kind of like a Toyota Camry.

True, the Trump insults were more detailed. And, of course there was the Hitler thing. So if you’re keeping score at home, the heavier power and body shots definitely land on Trump. However, that Toyota Camry burn on Hillary was both hilarious and true. Of course, the real reason people forget she’s running has nothing to do with her being ‘forgettable,’ and everything to do with the media trying to bury the FBI investigation into her flagrant disregard for our country’s national security.

But hey, still a good line.

The show wraps up in a hospital emergency room, with the family fretting over Jerrod, who was stabbed at a Trump rally:

Maxine: Okay, see, I knew something like this was going to happen at a Trump rally. All of his supporters are just out of control.

Joe: Now, wait a minute, you don't know that Jerrod was stabbed by a Trump supporter. There were other protesters there too, getting people all riled up. Now, why do you go to a man's event and boo him? I heard that that, uh, Bruno Mars was in town not a week ago. I don't care for him. Don't like his music. But I didn't go boo him. No, I let that little Hawaiian man do his little concert and dance his little Hawaiian-man dance.

Maxine: This is 100% Trump's fault. He encourages violence. And the only reason Jerrod was down there was 'cause of you. You may as well have stabbed him yourself.

Cynthia: Okay, will the both of you just shut up! Your fighting is the reason my baby is in this bed clinging to his life.

Jerrod: Look, everybody is just too angry. We're supposed to be able to have constructive conversations about politics without it devolving into yelling or name-calling. There needs to be some middle ground here. And if it takes me getting stabbed to unite you two, then I guess that's just what had to happen, all right? I got stabbed so you guys could live in peace. So you guys could heal. I'm the Jesus of this story.

Trump has absolutely encouraged violence at his rallies. This can’t be denied. 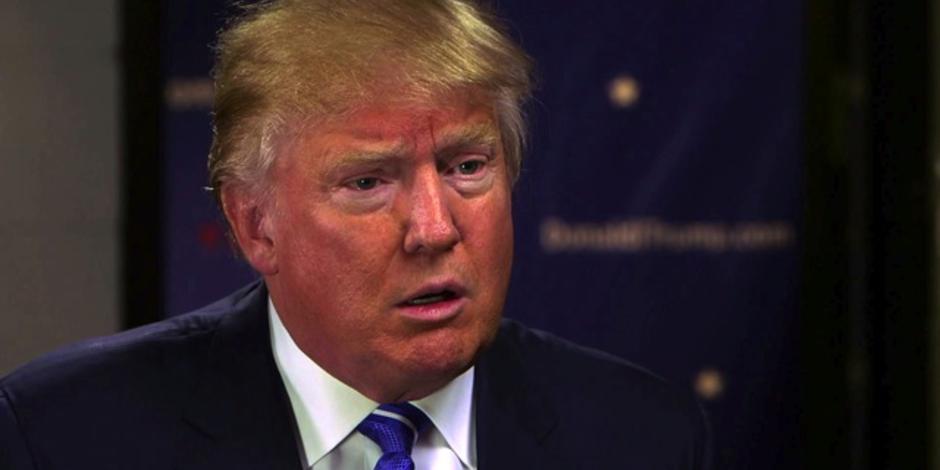 Though, I thought it amazing that the writers put out the alternate theory. That someone other than a Trump supporter could be responsible for the attack. That’s saying a lot, especially for the modern day leftist entertainment industry.

All told this show was supposed to be all Donald Trump, and it almost all was. But they did a really good job of at least attempting to explain some of his positions, taking shots at other candidates, and making it funny.