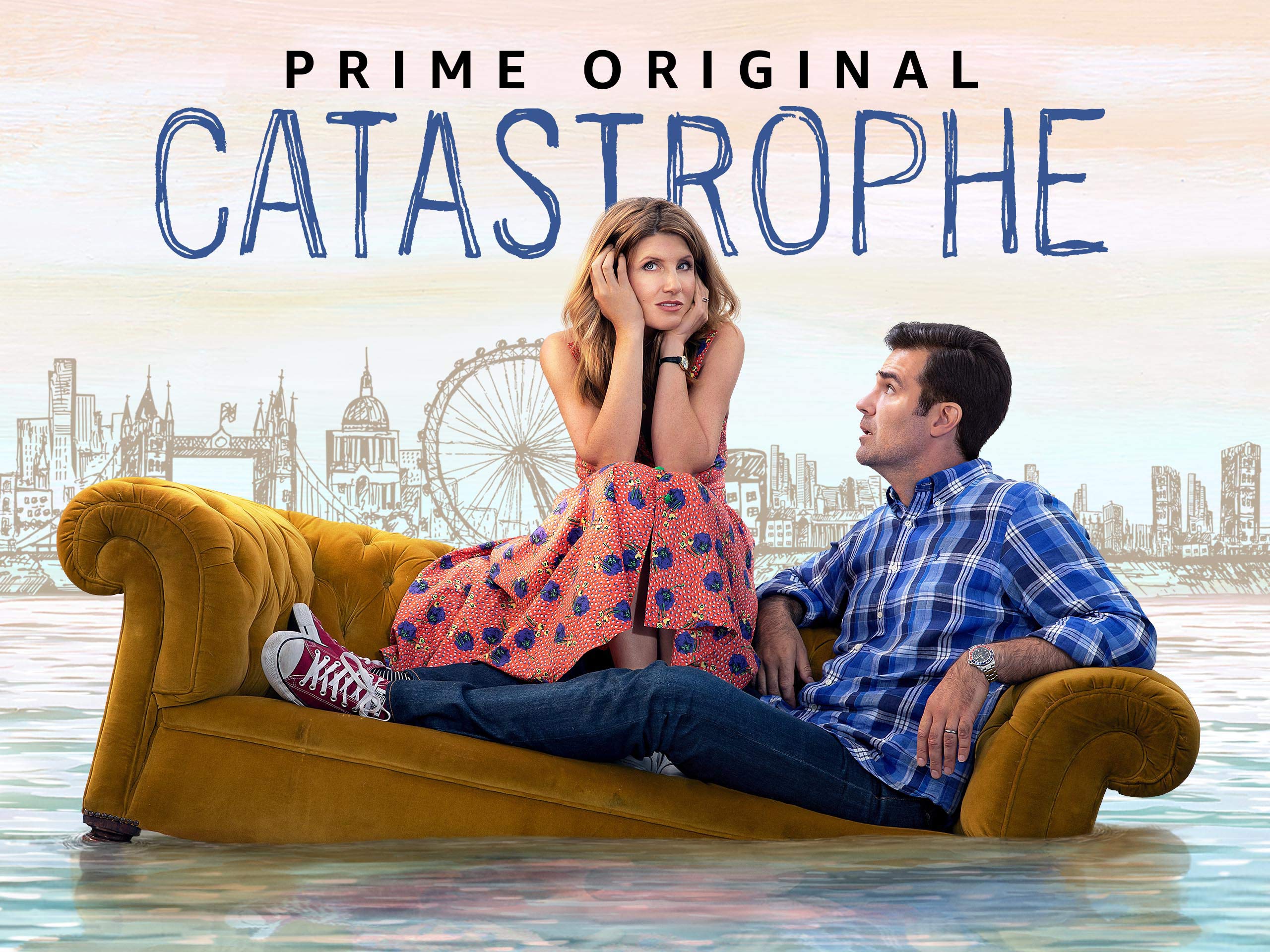 Watching season 4 of Amazon Prime’s British comedy series Catastrophe is like being at Thanksgiving dinner hoping to make it through the whole meal without any political arguments from your left-leaning relatives. You just want to enjoy your meal in peace when suddenly, during the very last course of dessert (the series finale), your socialist cousin lets loose with a vicious, mean-spirited political rant against Mike Pence and Donald Trump, among other topics, before you can take the last bite of your pumpkin pie.

Just when we thought we were about to escape any liberal rants, the very last episode of season 4, episode 6, released March 15, goes off the rails. In addition to the attacks on Pence and Trump, we're also introduced to an old, white (well, yellow in this case as he’s suffering from a deadly case of cirrhosis) stereotypical male conservative caricature who is as right-leaning as he is drunk and paranoid.

Rob (Rob Delaney), Sharon (Sharon Horgan) and their kids fly from their home in London to the United States where Rob’s family lives for a beach vacation. But when his sister Sydney (Michaela Watkins) picks them up at the airport, she informs them that their mother Mia has died unexpectedly.

Mia’s memorial service is held on the beach and Rob reads a letter that she wrote to her friend about a charity for disabled children that she donated a portion of her eBay sales to that randomly goes off on Pence.

Rob (reading the letter): “I wouldn’t have to do it at all if this government gave a rat’s ass about disabled kids. They’d be happy just to throw them out the window. I bet Mike Pence spends his Sundays throwing disabled kids out of windows. Looks like he would, that fucking microwaved apple looking ass motherfucker.” I’d go on, but it gets worse.

This episode was done to pay homage to Carrie Fisher, who played the role of Mia and who passed away from a heart attack on December 27, 2016, a few days after experiencing a medical emergency on the flight back to the U.S. after filming season 3 of the show. In the Episode 406 Roundtable bonus content, Sharon surmises that Fisher might have “done a little dance” over the memorial speech, to which Rob replies, “I hope so.”

We also meet Sydney and Rob’s father in this episode, Ryan (Mitchell Mullen), who is an alcoholic deadbeat dad who beat Mia and abandoned the family before Rob knew him. Of course, he has some conservative points of view, supporting Brexit (which earns him the label of “bigot” by Rob), and disliking Obama, but he also has outlandish conspiracy theories: “I hated Obama, but I respect him. You’d think after eight years he would’ve put his feet up instead of spending all that time organizing fake school shootings.”

Towards the end of the episode, Rob and Sharon get into an argument when he informs her that a friend of his offered him a job in Massachusetts and that he’s going to accept it and move himself and the kids to the States and she can join them if she wishes. Rob is lashing out at Sharon in his grief and though she fights back, she tries to be understanding of what he’s going through, but she’s very emotional because she just found out she’s pregnant.

As the episode comes to a close and Rob and Sharon are driving back to the airport, Sharon tells Rob to pull over so they can talk. As they sit on a rock on a beach by the roadside, Sharon says, “It’s weird, you know, when you’re here you don’t feel like you’re in a white nationalist ethno state run by a fake theocratic dictator. You just feel like you’re on a pretty beach.” Rob agrees, replying, “Yeah. You’d never know.” And with that, Sharon decides she wants to move to the U.S. with Rob and the kids and the series ends.

Of course, the other five episodes in this final season of the show weren’t completely free of politics, but those storylines were a bit more palatable. In episode 2, Sharon has a student in her class who is afraid of her to the point of wetting himself because he’s too hesitant to ask her if he can go to the bathroom. During a school meeting over the matter, Sharon says, “I’m not scary. I’m just a woman with opinions and, uh, for some people, that’s scary.” She attempts to bond with her student so she might seem less scary, and she tells him that she has fears, too, like “climate change,” and “Britain-first white nationalists.”

Ironically, I’m just a woman with opinions, too, but Rob Delaney (who is a member of the Democratic Socialists of America and advocate of Medicare for All), the co-creator of Catastrophe with Sharon Horgan and plays the role of her husband Rob, didn’t take too well to my opinions when I reviewed season three of the show, and he and a handful of his fans, including the producer of Stephen King’s It, attempted to Twitter-shame me for them. So, if you’re a liberal woman with opinions, you should be respected. But watch out if you’re a conservative woman! Then you’re fair game, apparently. #LiberalDoubleStandards

It’s worth noting that, unbeknownst to me, at the time Delaney was going through an extremely difficult trial when he shared my review with his fans, as his beautiful baby boy Henry was fighting for his life against a malignant brain tumor. Henry passed away in January 2018 at only 2 years-old. Season 4 was written just weeks after his passing. All politics aside, as a parent, I can’t imagine that kind of pain and my heart and prayers truly go out to Delaney and his family.

In episode 5, Sharon’s husband Rob (Rob Delaney) gets chosen for a promotion over a woman more qualified at his office, Harita (Seeta Indrani), and finds out that Harita will be fired. While he and Sharon are upset about it, and Rob initially turns the offer down, Sharon urges him to call back and tell his boss that he wants the job after all because they “can’t afford to be idealistic” due to their mortgage, credit card debt, and Rob wanting to get his teeth whitened. But again, these are all very minor issues compared to what comes in episode 6.

If it weren’t for the typical potshots at conservatives, the show might have been enjoyable. But, I can’t say I’m sad to see another liberal comedy come to an end.