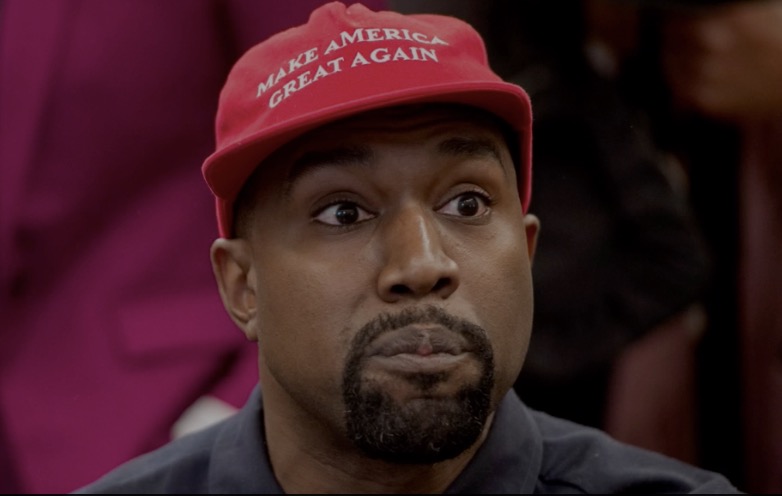 Freeform’s spin-off comedy Grown-ish, which originated from ABC's Black-ish and follows the Johnson family’s oldest daughter Zoey (Yara Shahidi) as she explores adult life in college, took a shot at controversial rapper Kanye West and his support for President Trump on Wednesday’s episode, “In My Feelings.”

As Zoey and her college friends are gathered watching a music video drop online by a mystery artist, they begin taking guesses as to who the artist might be. A heated discussion ensues after someone guesses Kanye may be the mystery artist:

Jazz: Wow, are you seriously pro-Kanye right now? Wait ‘til I at your ass on black Twitter.

Zoey: Please do not do that, but I do believe that art should be separate from the artists.

Jazz: Oh, like how Kanye separated himself from his community, and then turned his back on the people who actually made him?

So, Kanye had no white, conservative fans who made him? (I still have one of his earlier hit CDs, Graduation, that would prove otherwise. “Flashing Lights,” anyone?) And while no one should defend some of his more off-the-wall remarks about slavery, claiming that any black person is “separating himself from his community” if he doesn’t vote the way he’s told to is indefensible, as well.

Many prominent people of color such as Stacey Dash, Ben Carson, Candace Owens and more have thankfully stood up to such attempts to make them adhere to one way of thinking, to the point that #blexit has become a popular term (a play on “Brexit,” meaning “black exit” from the Democrat party). Owens’ Twitter profile even reads, “Black People Don’t Have to be Democrat.”

And what is so wrong with Kanye supporting a president who has created an historic low in black unemployment rates? The same rates that were high under Obama. Black people are just supposed to blindly tow the line and support someone with a “D” next to their name even though a conservative-leaning president is making such incredible strides for their community?

Hopefully more people of color will follow Kanye’s lead and let the facts, rather than party lines or peer pressure, be their guide in the voting booth.