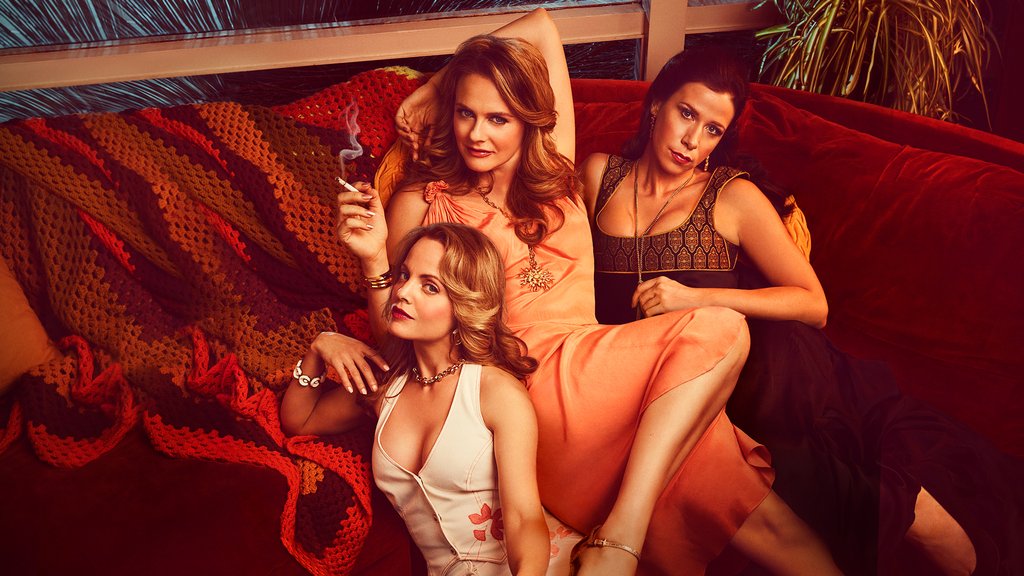 We’ve, sadly, not come a long way, baby! In Thursday’s premiere of Paramount Network’s American Woman, “Liberation,” we got a glimpse of how the script was flipped on the topic of abortion back in the disco decade.

The series centers around main character Bonnie Nolan (Alicia Silverstone) and her life post-divorce in the 1970s after she discovers her husband Steve (James Tupper) is having an affair.

Before she discovers her husband’s affair, Bonnie and Steve are out to dinner with friends Margo and Paul. When Bonnie and Margo head off to the bathroom together, Margo’s secret pregnancy becomes the center of their conversation.

Bonnie: How long have you two been married?

Bonnie: And how far along are you?

Margo: We don't want anybody to know. Paul wants me to get rid of it.

Margo: He says it's not a good time. And he's right, you know. He's just starting out in his career and he doesn't want a family right now.

Bonnie: Well, what about what you want?

Margo: Well, I... I would like to have a baby. I've always wanted that. To be a mom. Anyway... it's not about me. It's about Paul. We have to support our husbands, right? Isn't that what we do?

Bonnie: Yes, that's what we do.

Interesting how we’ve “progressed” since the '70s. Except now it’s usually men who have no say in protecting their unborn children and women who argue that a baby would hinder their career, though there are still sadly many women who feel pressured to give in to abortion by their family, friends and/or the father of their child. Regardless, it’s still always the unborn child that loses his or her life in the end. That horror hasn't changed one bit.