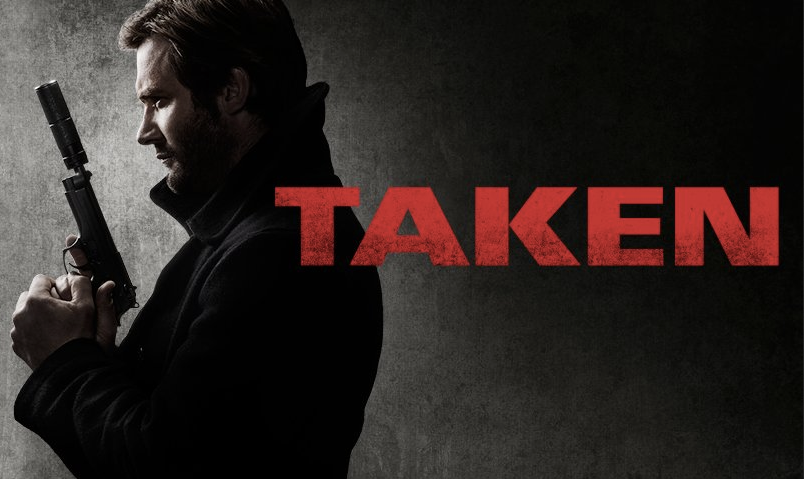 As the Hollywood Left is wont to do, Tuesday night’s episode of NBC's Taken was filled with lessons on judgment and prejudice from a liberal point of view. In an effort to impart the lesson that not all Muslims are terrorists, Taken takes an extreme left turn that defies all logic and reason by shifting the blame for terrorism onto white, male, government officials.

In “Off Side,” we meet Ismat Zahad, who at first glance appears to be a dangerous, Muslim terrorist who is at the top (number 4, in fact) of the U.S. government’s terrorist watch list.

In a meeting among officials about Ismat, he is described as a 44-year-old man, originally from Abbas, Iraq, who came to America with his wife, Yasmin, and son Amir, in 2011. He was an electrical engineer while in Iraq, but has been fixing cars while living in America.

One of the agents, John (Gaius Charles), asks, “He [sic] on the FBI watch list for a reason? Or is he just another name they added to cover their asses?”

Another agent, Riley (Jennifer Marsala) explains that in May, 2014, Ismat’s cousin, Tala Zahad, blew himself up outside a Baghdad police station, which resulted in 17 Iraqis being killed. She says, “Abbas is a small town. They were both born and raised there. A year apart in age, according to the FBI.” We are further told that Ismat legally bought two semi-automatic weapons in December.

So again, by all appearances, Ismat seems to be guilty, despite the accusation by Taken that the government randomly and irresponsibly throwing names on the list to “cover their asses.” But as Taken wants you to know, appearances can be deceiving.

While the agents are monitoring Ismat, they happen to lose sight of him due to hackers knocking out their camera equipment. Of course, this happens at a very pivotal point, as we’ll learn later in the show.

For now, all we know is that after escaping the not-so-watchful eyes of our nation’s top security officials, Ismat was able to strap himself with dozens of bombs and go before a camera as a threat to the U.S.

Now this might be the part where you think to yourself, “Aha! Ismat really was guilty all along!” His wife, however, argues for his innocence when agents show up at the suspect’s home to interview his family.

Agent Hart: We wanted to talk to you about your husband.

Yasmin: What about him? Do you think you're the first people to question us? I already told the FBI, I don't know where he is.

Agent Mills: Is that normal?

Yasmin: No. It's not like Ismat. He always checks in. –

Agent Hart: So why are you so afraid?

Yasmin: Try to understand what it's like-- the abuse, the insults, the threat of violence that we suffer every day on the street, the train.

Agent Hart: I understand how hard that must be.

Agent Mills: And how angry that must make you feel.

Yasmin: Angry, yes, sometimes. Afraid, always. I know what you're thinking, but you're wrong. Ismat is not like that. He is a good man. Hardworking. A man of--

Yasmin: It is our right to protect ourselves, yes?

Agent Hart: May I see them?

Yasmin: He bought them.

Yasmin: Please, he has never once fired them, and never wants to.

And it appears she may be right. The creators and writers of Taken not only want to teach you not to judge innocent Muslims, but it seems they also want to impress upon viewers not to be so quick to judge suspected suicide bombers who are on camera with a detonator ready to blow up their target.

Why? Because those terrorists might actually be innocent family men who were kidnapped and framed to appear to be terrorists.

That’s right! Ismat was actually kidnapped during that pivotal moment that the FBI’s cameras were hacked and he was set up in front of a camera unwillingly, with bombs strapped to his body, in order to look like a terrorist.

But who would be behind such a twisted, evil plot to kidnap and frame an innocent family man? Why, white, male government officials who are responsible for our nation’s security, of course! Especially fanatical ones like the Chief of Staff to the Secretary of Defense who “frames Muslims to force the president into another war” because the president is "spineless" and "refuses to confront the increasing threat of Islam." A man who plays upon the anger of another white male - a former FBI agent who’s young son was killed by a Muslim terrorist in a foreign country and who says, "The best way to fight terrorists is to act like one" - and enlists his help to frame Ismat.

Who knows how many other terrorists out there might not have really been terrorists, but victims of a white, male, government conspiracy?!

So, students, are you following along so far? We do not judge potential terrorists. No way. Never.