The beauty of writing this column is that I’m almost beyond being shocked. The alt-left has successfully blurred the line between crazy (cray-cray for you younger folks) and conventional.

So I wasn’t even especially shocked when I read this: “Fed Up With Mortal Men, Women Are Having Sex with Ghosts.” It’s not even a funny/punny headline. There’s no “ghost of a chance” comment deployed. No “give up the ghost” or “smells like teen spirit.” (The image comes from a Colbert Report story on ghosts allegedly having sex with each other, but the graphic was funny, so here it is. You try and find a ghost sex image.)

This is a largely serious story about people who are so nutty they think they have sex with ghosts, courtesy of Vice’s women’s section Broadly. However, buried in the midst of the story is this incredibly fun tidbit. The singer “Ke$ha Says She Had Sex With A Ghost.”

You got that right. Lefty kook Ke$ha (No, that’s not easy to type.) claims she had sex with a ghost. Of course, she also was a Hillary Clinton supporter. “Based on her current platform, I stand with Hillary Clinton. This election comes down to hope versus fear, and I choose hope,” she told Glamour.

The Broadly story begins with the story of a woman who reportedly had sex with a ghost in a remote Welsh cabin. “It was very strange, but the sex was amazing,” she claimed. Apparently, her supernatural stud’s name was Robert and he lived more than 100 years ago.

Next we see a story of a woman whose fiance caught her getting it on with a ghost and broke up with her. “Once my fiancé had left, [we had sex] everywhere, [but] always within the building,” before the ghost broke up with her.

No, not making any of this up.

Apparently, now we need to worry about spiritual sex crimes and harassment, not just the kind in politics and media. “People who have sex with ghosts experience “both positive and negative” encounters, explains Lloyd Auerbach, the director of the Office of Paranormal Investigations and president of the Forever Family Foundation, an organization dedicated to understanding the afterlife,” explained Broadly.

Earlier this year, Vice Media, the parent of the whackjobs from Broadly, was valued at $5.7 billion. It’s also used as a major propaganda tool by the left. Those two reasons are why billionaire conservatives should invest tons in media. Yet somehow they don’t.

Anyhow, on to more kooky stuff, though I’m not sure I can outdo spirit sex. By the way, it's almost the end of the year and still time to donate to the Media Research Center, a nonprofit for you tax-savvy folks. Just click on this button: 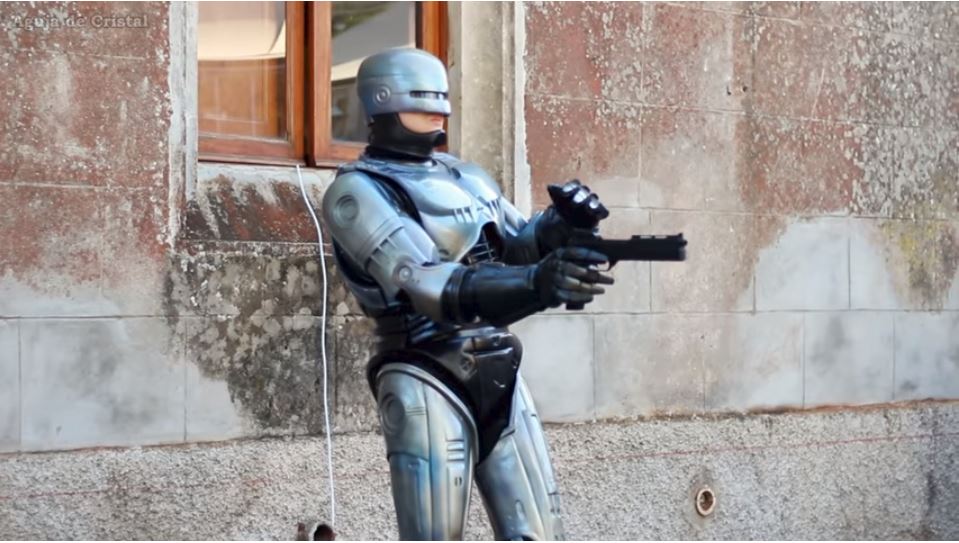 Your Cosplay Is Racist! Cosplay (just a mash of costume play) is popular at science fiction conventions and has been for years. The hobby has even spawned multiple TV shows such as Cosplay Melee. (Here’s a flat-out amazing example of cosplay. If you saw the movie, Robocop, you wouldn’t be able to tell the difference.)

According to author Talynn Kel, “fat, black, femme geek,” she was unsurprised to find that a popular cosplayer “marched with the white supremacists in the Charlottesville ‘heritage’ protests.” Then she delivered this actual quote two: “Just like water is wet, white people are racist, and racism in cosplay culture has been normalized and capitalized on for years.”

The article is more of a rant, complaining about white people, “white adjacent people,” and media all have issues. “It is well-known that euro-centric media is anti-Black and white supremacist; that it is rooted in erasing Black people from history, literature, science, pretty much everything.”

It evolves into a complaint that there aren’t enough people like her in books and movies and how “fictional realms remain firmly the domains of white people.” “As a fat, Black cosplayer, I’m very much aware of the lack of characters who resemble me. I know that when I cosplay, it will be my version of that character, because there aren’t any characters who physically match my skin, my body type, my hair, me.”

The answer to that is a simple one, write some that don’t. Don’t whine. Instead, the author wants to cosplain about “privilege” and “white supremacy.” That’s 2017 and soon to be 2018, where anything the left doesn’t control is racist/sexist/somethingist. 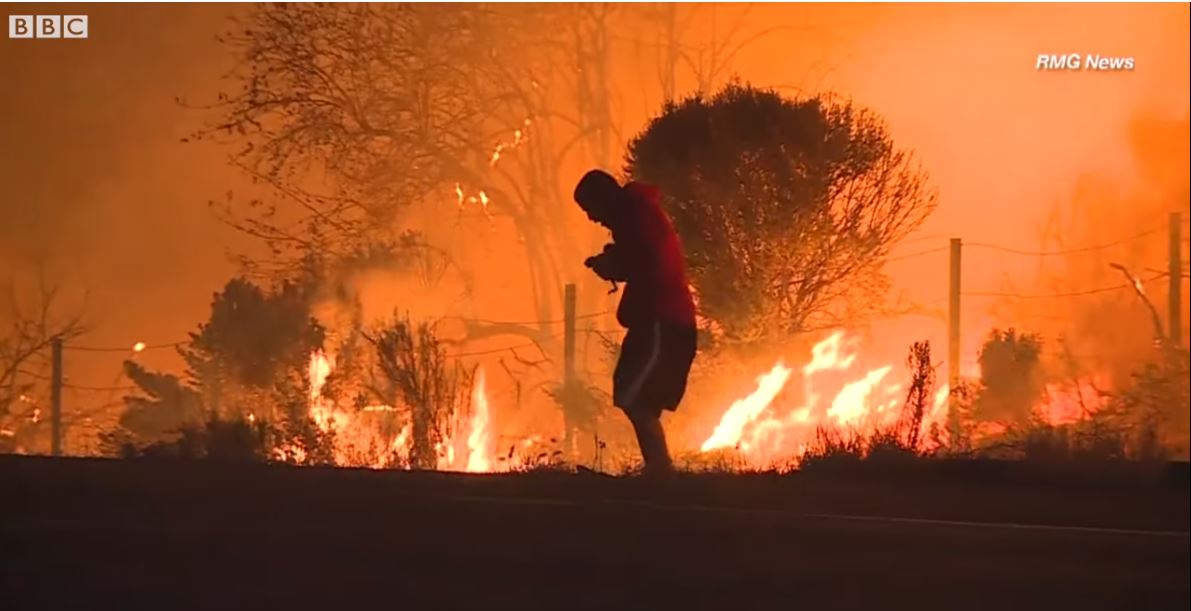 That Video Of The Man Saving The Rabbit: If you saw the video of the California man risking his life to rescue a bunny in the midst of the horrific wildfires, you were:

a) Inspired
b) Amazed
c) Awed
d) Reminded how racist America is.

If you chose d, and who wouldn’t among the alt-left, then you probably write for The Root. That site gave us this delicious liberal morsel: “The Video of the Man Saving the Rabbit From the Fire Captures Everything Wrong With Whiteness in 30 Seconds.”

Yet, that’s what the alt-left wants.

This is a bizarre story. On one hand, it goes out of the way to praise the bunny saver. “This man was basically Jesus saving the bunny from eternal damnation.” Then it mocks him for being white.

Here’s the actual paragraph-long rant about white people: “It’s also maybe the whitest thing I’ve ever seen. And these eyes have seen the pinnacles of whiteness, including a pretzel-and-pepperoni casserole at a holiday potluck when I was a teacher and the peak Appalachian tailgates outside of Heinz Field whenever Kenny Chesney is in town. But not only is it the whitest thing I’ve ever seen this week—it manages to synopsize everything problematic about white people on both a macro and micro level in 30 seconds. This clip does such a great job of articulating whiteness that it should win a MacArthur ‘genius’ grant.”

Everything “problematic about white people.” Got it. Because “the lives and well-being of animals seem to be considered — by many white Americans — much more precious and much more deserving of protection and care than the lives of black people.”

That is the woke world’s take on white people. If you don’t get angry every time they do. If you don’t want to “Free Mumia,” a convicted cop killer, then you and your whiteness are a problem.

Ho, Ho, Ho, The Christmas Sweater Gets Even Worse: There was no way this was going to be my lead item. This column is a language free zone, but I don’t my boss destroying my holiday cheer for showing the photos that would accompany this Slate story: “In Praise of the One-Boobed Christmas Sweater.”

And you thought the alt-left’s denigration of the holiday couldn’t get worse. “If you are Lil’ Kim, or if Christmas sweaters are just too Puritanical for your taste, this season’s fashion outlook will be a big relief. ‘The Reindeer Boob Is Coming to Town,’ promised the BBC this week.” (Some employers might consider this link NSFW.)

I’d say you better watch out, but you aren’t allowed to watch. Remember, 2017 is the year of the sex harasser. So if a woman goes half topless and decorates her body, you can’t look. That’s objectifying.

Slate staffer Christina Cauterucci was positive about the partially nude trend. “Against my better judgment and the urging of several colleagues, there’s something about this trend that really speaks to my aesthetic sensibilities,” she explained. It gets to the, um, heart of how “the purportedly sexy sweater exposes the social construction of both sexiness and breasts.”

On the bright side, Christmas is almost here and then it will be time for the alt-left to ruin another holiday.