In the world of celebrity scandals, there is a controversy brewing: should one’s political leanings be made part of the scandal? The answer depends on what those political leanings are. Broadcast network coverage of recent major scandals makes that abundantly clear.

In the past week, alleged rapist Harvey Weinstein turned himself in to the police for his crimes, and comedian Roseanne Barr was fired from ABC for a racist tweet. News networks pointedly linked Roseanne Barr to President Trump 31 times, while completely ignoring Harvey Weinstein’s extensive ties to liberal politicians. 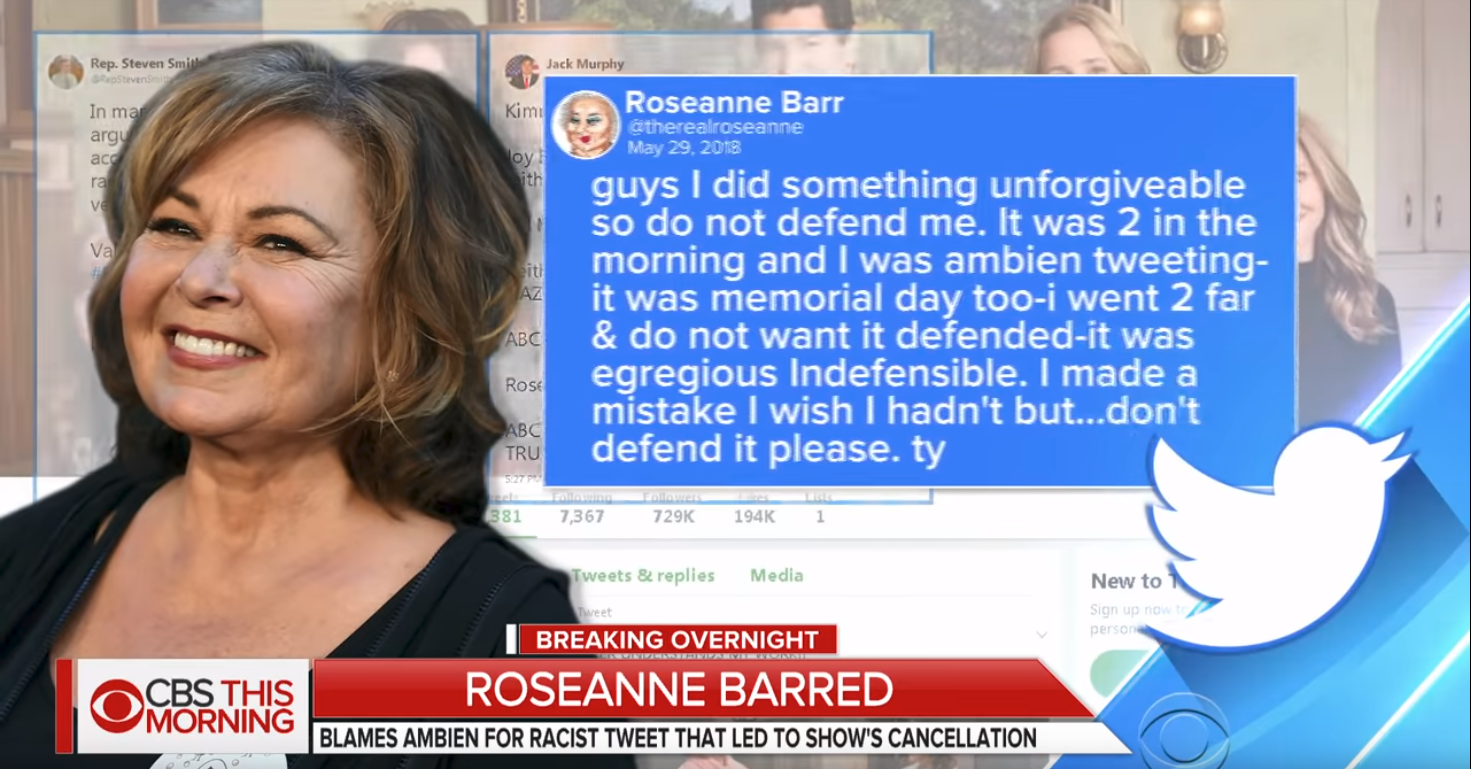 Between the days of May 24, May 25, and May 26, the networks gave air time to Harvey Weinstein, his victims, and the journalists who broke the story back in October, as he turned himself in to the New York Police Department on rape charges. However, Weinstein’s vast political history, his connections with the Clintons, the Obamas, and his donations to their campaigns were not mentioned even once. ABC, NBC, and CBS covered everything but Weinstein’s liberal status.

When Roseanne Barr tweeted a racist insult towards former Obama staffer Valerie Jarrett, the networks spent three days covering the fallout, mentioning over and over again her connection to President Trump. Even before Trump tweeted about ABC’s cancellation of Roseanne, the networks linked Trump to Roseanne Barr a total of 13 times, CBS’s Vladimir Duthiers mentioned on Evening News that “Barr has called herself a Trump supporter.” CBS’ This Morning reiterated the connection on May 30.

On NBC’s Today Show on May 30, the network seemed almost disappointed that Trump did not address the Roseanne incident at his rally the night before, highlighting his praise of Roseanne’s ratings.

While it makes almost no sense for news networks to link celebrities to the politicians they campaigned for or voted for in the face of a scandal, it makes even less sense for the news to highlight one celebrity’s political tendencies but hide another’s for the sake of saving face.

Methodology: MRC Culture looked at news coverage on NBC Today, NBC Nightly News, ABC Good Morning America, ABC World News Tonight, CBS This Morning, and CBS Evening News for the dates of May 24, May 25, May 26, May 29, May 30, and May 31.