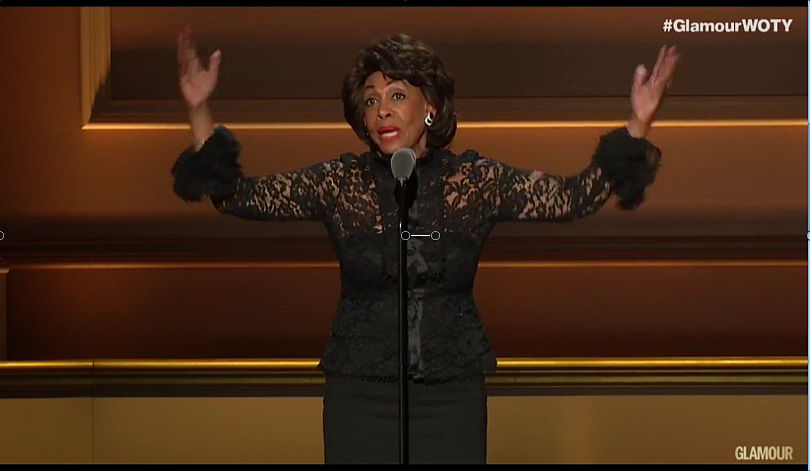 At the Glamour Women of the Year Awards, on November 13, people like Rep. Maxine Waters (D-California) and Samantha Bee got to tell the “hundreds of high school girls” in the audience just how they felt about Trump and his administration. Waters tried to tell the audience to “join progressive organizations” and ended her awards acceptance speech with an attempt to start an “Impeach him” chant.

But that was only the tip of the iceberg. In his opening monologue, comedian Billy Eichner brought up the crass liberal joke that Trump is romantically interested in his offspring and lamented Clinton’s loss in 2016. “We all know it’s been a very challenging year,” he told the audience. “But let’s look on the bright side, even though women didn’t capture the White House a year ago, we do have a President who shows great respect and admiration for almost all of his daughters.”

Hillary Clinton made a video appearance, lauding the editor in chief of Glamour magazine, saying, “It’s no coincidence that women’s magazines are home to some of the boldest, bravest journalism today.” She said she was especially grateful to Cindi Leive for her “dedication to truth, facts, and rational debate.” Cecile Richards, president of Planned Parenthood, also honored the editor in chief, saying that “As president of Planned Parenthood,” Richards was involved in the struggle that “all women matter.” What about the unborn women, that Planned Parenthood so gleefully disposes of? Do they matter?

Among the honorees (most likely chosen by Leive) were the organizers of the Women’s March, including sharia law activist Linda Sarsour. If only Glamour was that much dedicated to truth and facts that it could realize just who it was honoring. 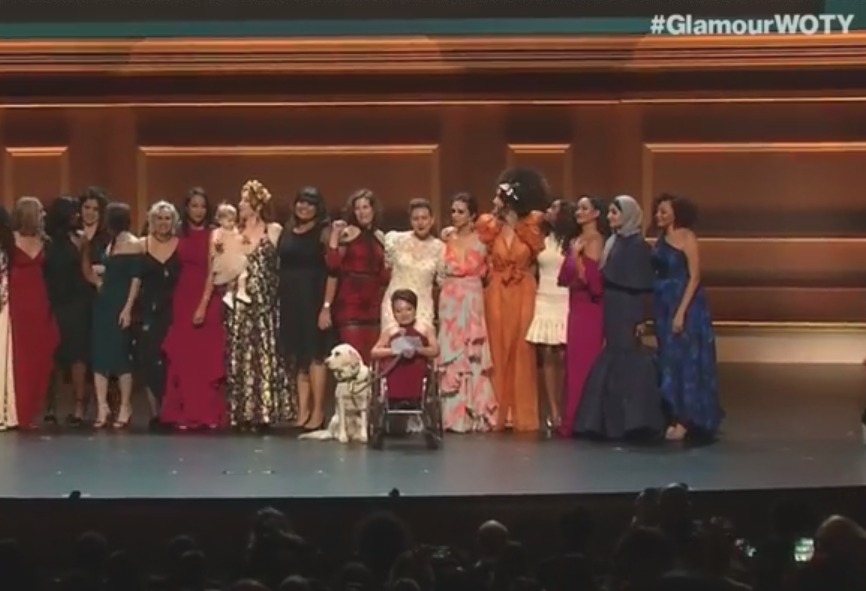 Liberal comedian Samantha Bee told the audience as she was accepting her award that “I can’t take another second of this administration.” But the most intense acceptance speech came from Maxine Waters, who tried to turn the awards show into a more vociferous liberal rally. Given that Waters is becoming well known for her many chants of "Lock him up" and "Impeach him," one wonders if this was why Glamour chose her as one of its Women of the Year.

She said to the audience, “To the young women in the audience here this evening and especially those up in the balcony,  I am so pleased to see the interest and concern that you are showing in what is happening at the highest levels of government. I see you and I hear you. And I encourage you not only to vote, to register, to get involved, but I want you to organize. I want you to join progressive organizations. I want you to seek out opportunities, to serve on boards, and I want you to do everything you can to get ready to run for office.”

In the video introduction, given by Senator Cory Booker (D-NJ), the senator stated of Waters: “You still get that satisfaction that she is representing us.”

The chant did not get as loud or as enthusiastic as Waters would have wanted.