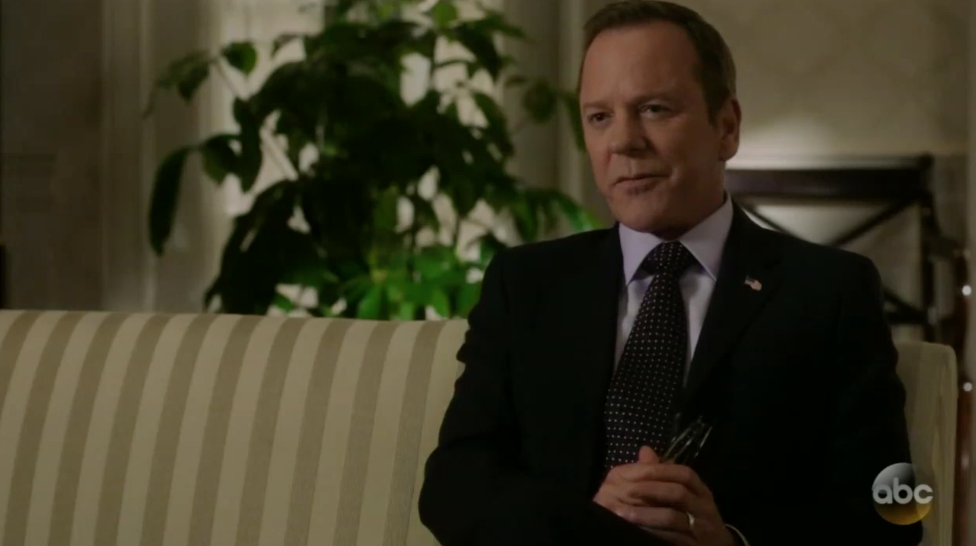 American truckers form a blockade on the Mexican-American border to protest trade negotiations between the two countries. Cue the caricaturized chants of “Hell no, Mexico! Your lousy junk has got to go!” and “I'm sick and tired of Mexico stealing our jobs and taking our money!”

At the blocked, Mexican citizen José Menez enters a truck and charges the blockade, crashing through multiple fences and miscellaneous objects, before he is shot. While the situation begins to unfold in the White House, it’s revealed that an American fired the fatal shot.

The event is highly controversial though, as some point out that the truck was technically driving on the side of the road, not directly on it. Thus, the press questions the claims of self-defense, because apparently a gigantic truck driving at 90 mph toward a group of people isn’t enough justification for shooting at it. At the press conference following the incident, a reporter asks, “Is the President going to condemn American gun violence?”

Another character makes a plug for gun control soon after, asking, “Is this shooting a referendum on American gun violence?” Luckily, someone with a brain responds, “No, it's a referendum on the dangers of running the border at 90 miles an hour.”

As a result of the incident, tensions heighten surrounding the trade deal, so Chief of Staff Emily Rhodes meets with Mexican representative Arronte to discuss solutions. Unsatisfied with the deal, Arronte goes on a tirade narrowly defining the role played by Mexican-Americans that liberals commonly espouse.

Arronte: You want us to cook your food, cut your grass, raise your children, but treating us justly?

Rhodes: The United States is already the largest market for Mexican goods. A reasonable excise tax-

Rhodes: The offer that is on the table will help reduce many of those tariffs, but you have to meet us halfway.

Arronte: This blockade hurts both countries.

Arronte: But my people have a different pain threshold. See, we're willing to suffer for better opportunities, a better mañana...a better deal.

Additionally, Menez’s widow mourns her late husband’s death, lamenting that he was killed by people he hoped to one day live near. Despite the fact that he drove a truck at them.

Gloria: My husband loved America. He hoped to join me and our children here one day. But I'm still not a citizen... So he couldn't. He was killed by the people he dreamed one day… would be his neighbors.

The episode also fit in a subtle swipe at Trump when President Kirkman and his officials are appalled when Union representative Paul Zalesky states on TV, “This White House is worried about globalism. Well, you know, I'm worried about our country. Mr. President, the American worker won't support your agenda if you don't support him.” Multiple times throughout the episode, Zalesky is refereed to as a “dinosaur,” because his ideas are so old. Who knew that not wanting to put American on the backburner could be viewed as such an archaic position?

Later, National Security Advisor Aaron Shore (Adan Canto) meets with a Senator’s aide to talk about deals the President and Senator can work together on. The aide, Nadia, immediately brings up amnesty, to which Shore responds, “the CBO estimates that would cost the U.S. Economy $2.6 trillion in the first year alone.” The classic liberal response is given: “That doesn't take into account the taxes people living in the shadows would pay.”

All in all, tonight's episode was a liberal propanganda fest. And if the following episodes are anything like tonight and last week’s episode, conservative fans of the show should prepare for a rough season.