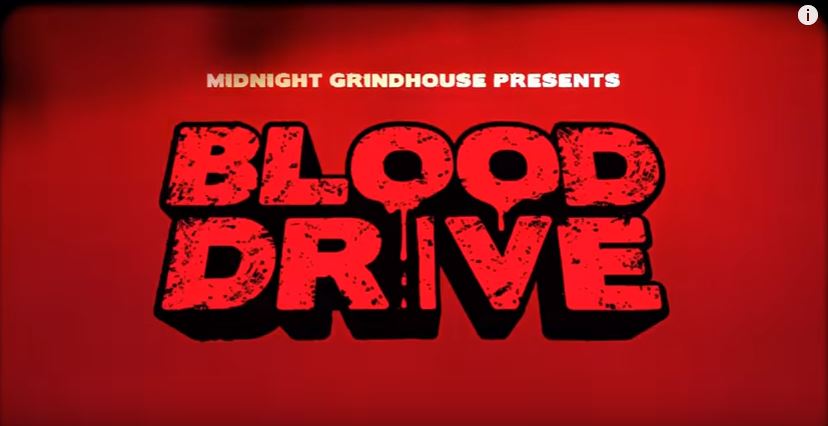 Syfy’s new show, Blood Drive, centers itself on a dystopian world destroyed by climate change. As a result, anyone who wants a decent life must partake in a gruesome race using cars powered by human blood. Syfy's description of the show is: “The Future: where water is a scarce as oil, and climate change keeps the temperature at a cool 115 in the shade. It’s a place where crime is so rampant that only the worst violence is punished.”

Wednesday night’s episode, “Welcome to Pixie Swallow,” revealed that fracking is what led to the violent, depraved world that exists in the show.

A cyborg that works for the evil corporation that controls every business shows an abducted police officer a video detailing the past horrors that resulted from fracking and how Heart Corporation was able to take over amidst the chaos.

Video: Even though our focus is in the future, it's important to know our history. When the great fracking quakes tore this country asunder, Heart was but a fledgling tech company, a tiny operation with big dreams, and those dreams were realized by the appearance of The Scar. While the rest of humanity ran from The Scar, we ran towards it. And the wonders we discovered there will change the course of history.

Cyborg: This is my part.

Video: The world's ecological disaster was our economic windfall. And now we share with you, the newest member of Heart, the fruits of our labor.

Since apparently facts mean nothing, the writers neglect that fracking is not the huge threat liberals proclaim it to be. In fact, fracking actually helps fight the “threat” global warming poses. Increased use of fracking has actually led to a decrease in carbon dioxide emissions.

But what better way to add to climate change hysteria than to create a world where fracking leads to people having to murder to survive?