Sunday night’s episode of Lifetime’s Mary Kills People, “Wave the White Flag,” championed the cause for passive euthanasia (withdrawing medical treatment with the intention of causing the patient’s death) with both a Bible verse and statements by the police officer investigating Mary for murder.

After a man is placed on life support, Mary (Caroline Dhavernas) advises his significant other, Sonia, on how to proceed regarding the next step. Although the doctors can still do more to save the man’s life, Sonia worries about his earlier wishes not to “breathe through a tube or something.” Mary offers a statement said to her earlier by an elderly woman whose life she was ending: “There's beauty in the inevitable.” Although his death isn’t inevitable, as there are other surgical options, Sonia equates Mary’s advice to a Bible verse to justify letting him die.

Sonia: He was-- he was buying me a bike off Craigslist, you know? That's why he was getting out cash. That's why... I mean, 'cause I wanted a stupid vintage bike.

Mary: It's not your fault.

Sonia: He's on life support. But Dr. Taylor says there are more surgeries that can be done. He needs my consent. I know what-- what Matt said before the surgery. But I think he was really scared, and--and he had lost his faith. And I couldn't live with myself if I made a decision based on something he said in a moment of fear. Well, what should I do?

Mary: It's not for me to decide.

Sonia: But you're a doctor. You deal with this stuff every day. How--how do you decide when to keep going or when to stop?

Mary: You know, a patient said to me once, "There's beauty in the inevitable." She was facing death, and she had accepted that she had come to the end. And there was more that I could have done for her as a doctor, but it wasn't my place to question her decision.

Sonia: "He has made everything beautiful in its time." God has a plan. And it's not our place to question it. We just have to trust in His wisdom.

Mary: Then there's your answer. 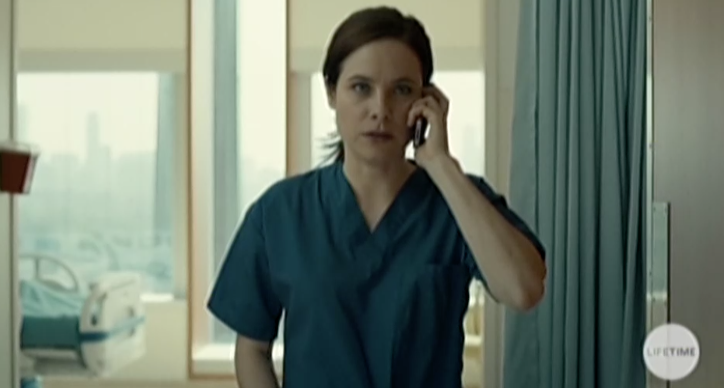 Earlier, the two police officers investigating Mary discussed a similar topic. While searching for the latest of Mary’s victims, they read the heartbreaking case of a 53-year-old paralyzed woman who starved herself to death by using her only non-paralyzed hand to pull the feeding tube out “every time her care worker put it in.” One officer states that the care worker was “only doing her job,” and is met with the bizarre question by his partner, Ben, “Who has the right to decide when it's your time to go?” inverting the problem of euthanasia.

Not only is this scene meant to provide a purely emotional argument in favor of assisted suicide, but the conversation implies that it’s in fact the doctors who are the meddlers interfering in the course of nature rather than assisted suicide that prematurely kills people. Considering the show revolves around a woman who aids people in actively ending their lives, it’s clear that the seeds are being planted for Ben to eventually become a true believer in euthanasia and side with Mary (also signaled by him having sex with her at the end of this episode).

While Mary continues ardently defending her crusade, apparently only the wicked lethal-drug dealer sees things clearly. As Mary tries to distance herself from him, he tells her, “Us criminals have to stick together.”

And despite Lifetime’s attempts to make Mary look like a hero, a criminal is exactly what she is.