The Rainbow Jihad continues, unabated, over at the “four-letter network.” On Tuesday ESPN.com posted an article, written by Christina Kahrl, which celebrated the recent addition of duathlete Chris Mosier to ESPN’s 2016 Body Issue. Which features athletes, in the nude, performing fetes of athletic prowess. Why would that need to be celebrated?

Because Chris Mosier is the first transgender athlete to be on the Body Issue, and ESPN loves it when that happens: 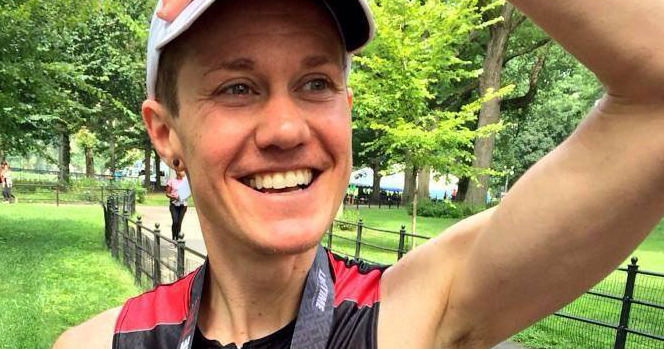 "NOW I FEEL VERY COMFORTABLE IN MY OWN SKIN."

I've always used athletics as a way to feel connected to my body. Before transition, I think I would use fitness and running and lifting weights as a way to feel more comfortable in my skin, even though I didn't feel very connected to my body. So I could lift weights or run and slim down a little bit or gain muscle in different places and feel a little more masculine or a little more comfortable in my body.”

It must have been truly awful for Mosier. You know, forced to occupy the same body that was apparently good enough to become one of the greatest athletes in the entire world. The horror. Yet, most of what Mosier says here are things that we’ve heard before.

However, if you want a shining example of how Mosier and the rest of the Rainbow Jihad really thinks of you, and all others who disagree with their lifestyle, check this out:

“There are certainly parts of our country that are really struggling with understanding that they should treat all people with dignity and respect. That was one of the reasons I was very proud to qualify for my second national team in North Carolina, of all places -- being a state that is not very trans-friendly. I sort of feel like I'm representing the good parts of the country, and it's important for people to see me as a representative of Team USA, because I think it represents the direction that we should go in.”

Take that North Carolina! Isn’t it amazing that the same people who champion individuality, and don’t want to be judged, can seamlessly “transition” out of that façade and turn into social engineering overseers? Also, completely horrifying is the idea that Mosier sees the role on Team USA, not as representing the country  and all people in it, but instead sees the role as a social and cultural model for an America as it should be.

A revelation that of course goes completely unchallenged by the leftist ESPN writer, who, in all likelihood, agrees with Mosier and would have said as much herself. If Mosier hadn’t said it first.

So the liberals and their friends in the Rainbow Jihad can now take their place among such wholesome, family friendly institutions as Nazi Germany and Soviet Russia. Those who have used their Olympians, not merely as athletes, but as propaganda symbols for the way they think society should be.

The only difference here, is that we have a free and fair media who holds people accountable when they disrespect the views of others and engage in societal engineering.