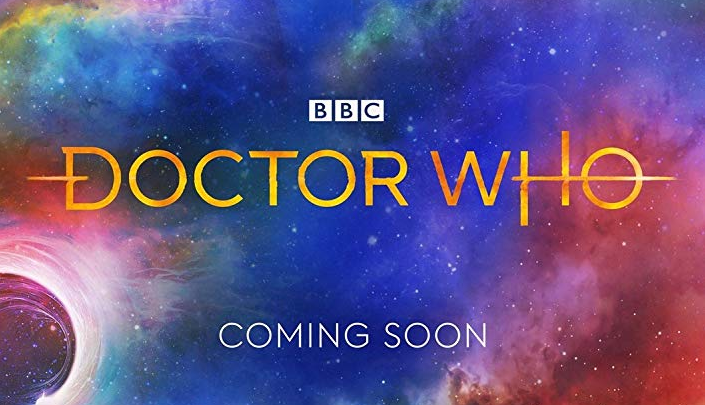 Over the weekend, the BBC's long-running science fiction television series, Doctor Who, ventured into promoting climate alarmism as the show depicted an uninhabitable futuristic Earth that has been destroyed by global warming because the human race refused to heed warnings that were raised by "every scientist alive."

In Sunday's episode, titled "Orphan 55" and written by Ed Hime, the time-traveling Doctor and her three current sidekicks are transported accidentally to a leisure hotel on another planet for a free vacation via teleportation -- the only method of transportation for guests to reach the holiday retreat which helps hide the fact that it is located on an otherwise barren, mostly uninhabitable planet known as Orphan 55.

The resort's owner, Kane (played by Laura Fraser), had built the hotel in such a questionable location to save money, hoping to someday raise the money to buy and develop the entire planet as a real estate investment, a possible dig at Donald Trump who has been trashed on the show before.

Monsters known as Dregs, which inhabit the planet's surface, begin breaking into the hotel and murder nearly all the guests, leading the episode to focus on the characters trying to save whom they can, repair the teleport, and escape.

After some Russian writing is spotted on the wall of a service tunnel, the group realizes they are actually on a futuristic Earth in which global warming led to the planet becoming uninhabitable for those who breathe oxygen, although some humans evolved into the monstrous Dregs who thrive on the planet's high levels of carbon dioxide:

RYAN SINCLAIR (played by Tosin Cole): "Made in China." Hey, how did this get here?

THE DOCTOR (played by Jodie Whittaker): Orphan 55, it's Earth. Your future.

SINCLAIR: If this is Earth, then what are the Dregs?

KHAN: They're us. Mutated.

THE DOCTOR: Yes. The few that didn't die.

SINCLAIR: Oh, no, they can’t be. How did Earth end up like this?

THE DOCTOR: The warnings from every scientist alive.

THE DOCTOR: The food chain collapses, mass migration and war. ...

At one point, the Doctor forms a telepathic link with one of the creatures to read its memories, leading to images of glaciers melting, hurricanes, and wildfires appearing on screen as flashbacks.

At the end of the episode, safe back in her time machine with her friends, the Doctor sums things up:

THE DOCTOR: Look, I know what you're thinking, but it's one possible future. It's one timeline. You want me to tell you that Earth's going to be okay because I can't. In your time, the Earth is busy arguing over the washing up while the house burns down. Unless people face facts and change, catastrophe is coming. But it's not decided. You know that.The future is not fixed -- it depends on billions of decisions and actions and people stepping up. Humans -- I think you forget how powerful you are. Lives change worlds. People can save planets or wreck them -- that's the choice. Be the best of humanity or --

The episode then ends with an image of one of the Dregs that humans might evolve into.

As a reminder of how climate alarmism ran in the opposite direction in past decades, it was over 52 years ago -- in 1967 -- that the same program aired a six-part serial, titled "The Ice Warriors," starring Patrick Troughton as the Second Doctor, in which scientists in the future battle against expanding glaciers that are the result of human activity causing global cooling and an ice age.

Below are transcripts of other relevant portions of the episode:

GRAHAM O'BRIEN: Why is it called an orphan planet?

THE DOCTOR: Because it's uninhabitable. In societies that let this happen, there's nearly always a ruling elite that gets to evacuate and then signs off all responsibility for what's been left behind.

THE DOCTOR: Why here, Kane? Why build this hotel? It doesn't make any sense?

KANE: The air is unbreatheable. A few years with the right terra-forming, we can release the CO2 and make the whole planet habitable.

THE DOCTOR: Terra-forming bankrolled by fake-cation. Smart. Today hotel air, tomorrow the owner of Orphan 55, the best real estate in the galaxy.