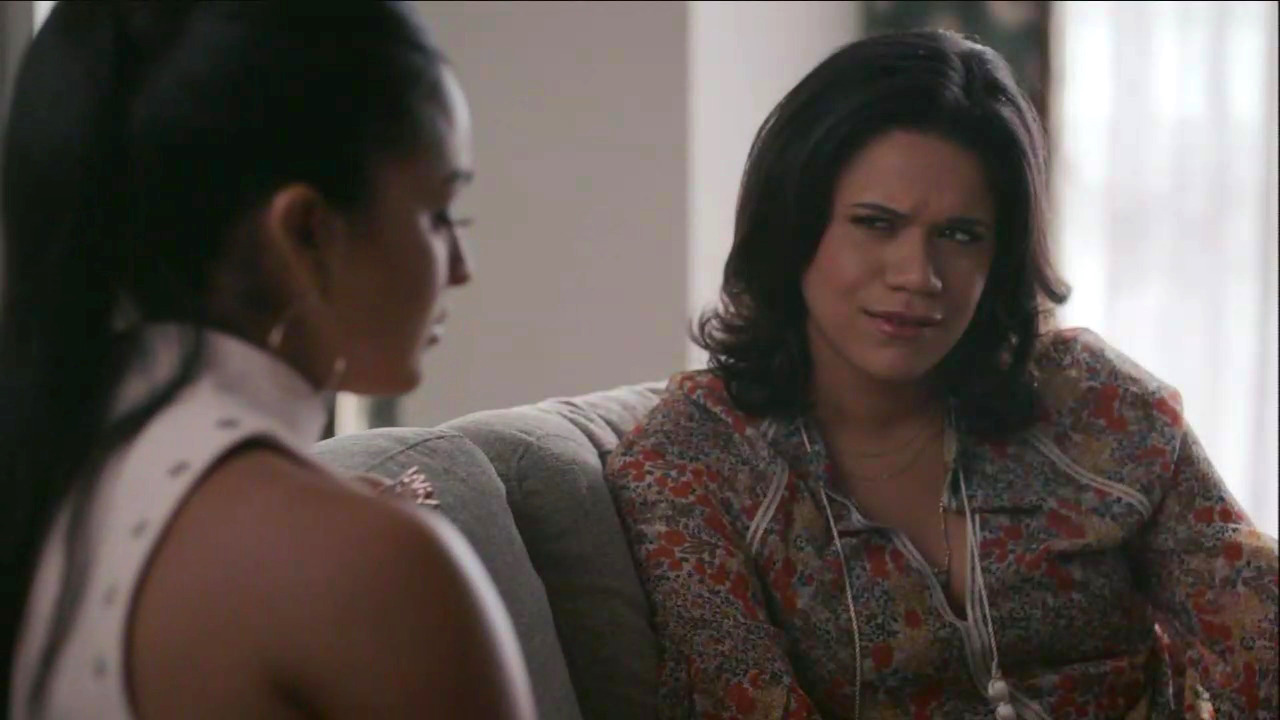 It seemed as if our culture couldn’t have gotten more confused about sexuality before LGBT became LGBTQIA+, but that notion has been proven wrong with one outrageous equality push after another. Fortunately, ABC’s summer drama, Grand Hotel, tries to clear that all up for us in their latest episode.

Monday night’s episode, “Where the Sun Don’t Shine,” featured several scenes focused on how Gigi (Roselyn Sanchez) was handling her daughter, Yolanda (Justina Adorno), coming out as queer. While Gigi is trying to come across as supportive, her daughter is less than pleased. She feels that Gigi just doesn’t understand her. This is especially apparent when she gets two LGBTQ community terms mixed up.

Gigi: Yolanda, honey. I've been looking all over for you. Are you avoiding me?

Yolanda: Why would I do that? Could it be the stabbing pain of your rejection?

Yolanda: I needed time to -- to process, you know? But I promise you that was not a reflection of how I feel.

Gigi: Really? You're my daughter, mami, and I love you and accept you completely. I don't have a problem if you're gay.

Yolanda: I never said I was gay. I'm queer.

Yolanda: No, "Queer" means I don't believe in a binary nature of sexuality. I just like who I like.

Gigi: Wonderful! Yeah, that's great. [ Chuckles ] Um... So... Is it possible you could someday maybe end up liking a man?

Yolanda: [ Scoffs ] And there it is. That's the only way you'll be okay with it? If I end up with a guy?

Yolanda: I-I should have known.

Honestly, though, it’s kind of outrageous that as a society we’ve gone from fighting for “equal rights” for the LGBTQ community to insisting that anyone who can’t keep up with this non-logical and ever-changing gender and sexuality language system is intolerant. Not even tolerance appears to be enough anymore, as celebration is now required - and the right celebration.

In an effort to show she cares about Yolanda, Gigi throws a “Coming Out Party” for her. Yolanda is still unhappy, though, because apparently this is too stereotypical (is it ever possible to win with liberal ideology?), so her girlfriend tries to give her perspective while throwing a punch at the Christian Community.

Yolanda: Why didn't you warn me about this?

Marisa: Your mom swore me to secrecy. [ Scoffs ] And I kinda think it's sweet.

Yolanda: "Sweet"? It looks like the set of "Rupaul's Drag Race" here. So stereotypical.

Marisa: At least she's trying. When I came out to my parents, all I got was a copy of the New Testament.

So, apparently every time someone comes out, it’s mandatory to throw a non-stereotypical coming out party—leave your Christian theology at the door.

Between the increasing standards of acceptance demanded by the LGBTQ community and the ever growing terminology that seems to just be several synonyms, I might just start needing to carry around a notebook for all of my potential interactions with liberals. We’ll call it "A Guide to Political Correctness--2019 Edition." It’ll probably be out of date tomorrow.