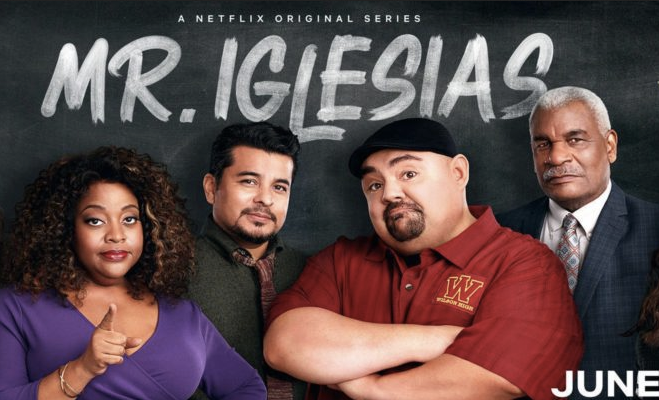 On Friday, June 21, Netflix debuted it’s latest comedy series, Mr. Iglesias. The premise of the show is endearing, and seems like a true gem—a nice flick to put on after work—amidst all the junk Netflix puts out now a days. However, Netflix still managed to tint this one with shades of liberal bias and low jabs at conservatives.

The show focuses on a big hearted teacher, Gabe Iglesias (comedian Gabriel Iglesias), who teaches history. In the pilot, Mr. Iglesias is confronted with the possibility of many of his students being expelled due to poor performance. In an effort to help, he offers to give up his summer to work with them.

In Episode 2, "Summer School," one of the kids, Mikey Gutierrez (Fabrizio Zacharee Guido), is taking his oral exam in order to pass summer school. Skeptical assistant principal, Carlos Hernandez (Oscar Nunez), is set out to see him fail, but Mikey fights back stating he can do anything he puts his mind to—even become president—that’s when one of the teachers makes a snide remark about Donald Trump.

Mikey: Thus concludes Abraham Lincoln's Second Inaugural Address
Mr. Iglesias: Yeah. Right in the huevos.
Principal Madison: Nicely Done Mr. Gutierrez
Abigail: You know what? I did cheat. I cheated this kid out of an extra ten points. He deserves a 95.
Carlos: For route memorization? A 70 at best.
Mikey: Excuse me. I'm not done
Mr. Iglesias: 70 is good.70 is good. 70 is good. He's you know--he could be done.
Mikey: When Abraham Lincoln was a young man--
Mr. Iglesias: He's not done.
Mikey: .. he said, "Someday, I shall be president."
Carlos: Dear God I hope he doesn't want to be president.
Principal Madison: He'd be a big improvement.

In episode 8, "Teacher's Strike," another jab is taken at the Trump Administration when the class is studying Ronald Reagan. One of the students makes an attempt to compare Gorbachev’s wall to Trump's wall. Facepalm.

Mr. Iglesias: Ok, here's another one. Um.. Mikey finish this Ronald Reagan Quote: "Mr. Gorbachev--"
Mikey: "Tear down this wall!" Man, it feels good to say that.
Marisol: Imagine that, a Republican president who thought walls were a bad idea. Not just history, ancient history.

The remainder of the series is littered with similar snide remarks, and seemingly clever, but actually ignorant comments. Several comments about white privilege are made and in one episode the teachers even discuss using politically correct and “inclusive” terms.

Should it come as a shock Netflix just had to include unnecessary bias in an otherwise decent series? No. What is shocking is that after continually putting out less and less quality content, Netflix still has so many subscribers.