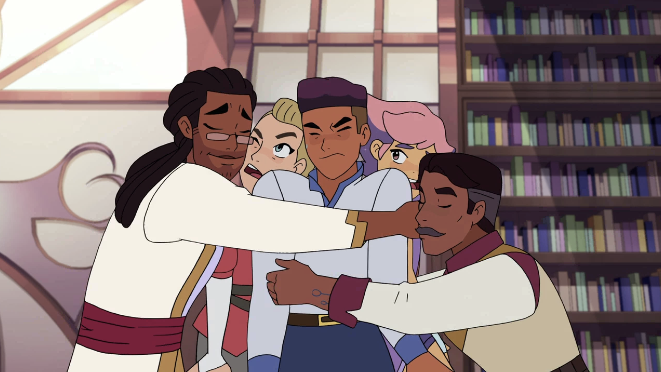 In this day and age, parents have to be extra cautious about what their kids watch as not all cartoons are actually kid appropriate. Fortunately, there are some innocent shows out there, but then there are shows that aren’t as innocent as they seem. One such show, She-Ra and the Princesses of Power, proved to fall in the latter category when the first part of their second season debuted on Netflix on April 26.

The series is a revival of a popular kids action show from 1985, and follows heroine Princess Adora (Aimee Carrero) AKA She-Ra. Upon first glance, the show is something most parents would be comfortable with their kids watching as long as they could handle the fantasy violence, but in its second season the TV-Y7 rated series starts to really push the gay agenda—without actually telling you it is.

Throughout the season, one of the show's antagonists, Scorpia (Lauren Ash) shows that she really cares for Catra (AJ Michalka), the Force Captain of the Evil Horde. This affection is overplayed so much that it becomes clear that Scorpia has a crush on Catra. If it wasn’t already obvious by the fifth episode, "White Out," the series pushes it to the point where they do everything they can besides coming out and saying it bluntly that she wants to ask her out on a date.

For anyone who still wishes to deny the show’s agenda, the seventh episode, "Reunion," introduces Bow’s (Marcus Scribner) dads (yes, that was plural).

As Decider put it, "If She-Ra Season 1 featured characters who could be read as queer, Season 2 is blissfully, almost unapologetically gay."

By now, we’re (unfortunately) used to most of the prime time adult shows having the requisite gay character and, more recently, even the gay child coming out has become popular on hit shows, but it seems like Hollywood isn’t content to stop there. They are now not only pushing this agenda on fictional kids, but actually pushing it to the children in their audiences, and it seems as though they’re hoping conservative parents don’t watch past the first couple of episodes. Moral of the story: if you don’t already, you might want to research your kid’s favorite shows a little more thoroughly.