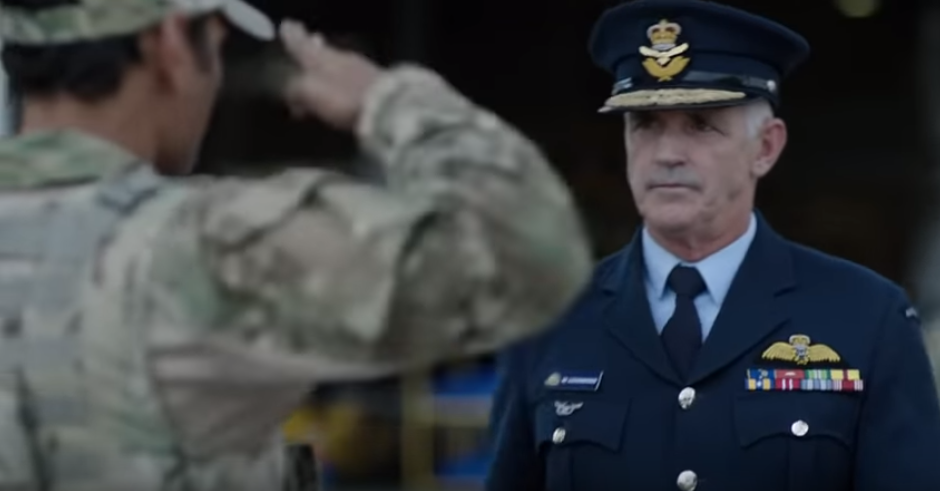 Secret City: Under the Eagle, the second season of Netflix's Australian political drama released March 6, portrayed Americans as lying to their allies, droning their friends, and not caring if innocent people are hurt or killed in the process.

This season finds reporter Harriet Dunkley (Anna Torv) investigating a cover up in the Australian government. When an explosion at a suburban home kills four people, it is initially blamed on a gas leak, then on the family's teenaged son, who survived. The truth, as it turns out, is far more sinister and, of course, the Americans are involved.

The explosion was no innocent gas leak or even an attack by a radicalized Australian teen, it was actually a missile hit from a drone. A secret program called "Pale Horse" has been going on within the government to drone areas in the Middle East, taking out not only high-risk targets and specific threats, but any and all males that could be military aged. The U.S. government, we discover, is behind Pale Horse, which is so secret that even the Australian Prime Minister hasn't been told about it.

Drone pilot Caroline Treloar (Laura Gordon) somehow lost control of her drone and it ended up taking out an Australian family. The government is simply covering this up, first with a gas leak, then by painting the family's son as a terrorist. As the story develops, it is determined that the government of Pakistan hacked the drone. Why? Because these Pale Horse "kill missions," it so happens, have been happening in that country. For those of you keeping track at home, that is two allies that America has treated poorly in this storyline, and countless innocent lives have been lost because of it.

On the brink of war with Pakistan, Treloar comes forward to admit that actually the drone wasn't hacked; she intentionally killed that family "as a protest." She didn't think enough people cared about the victims of operations like Pale Horse, so she killed an average, everyday, white family to get people to care. The government kills Caroline before she can confess, but she releases a video that explains everything.

My name is Caroline Treloar. I'm a UAV pilot for private military contractor Trebuchet Corporation, and I'm responsible for the death of four innocent people at Davoren Park on April 12th.

This was a deliberate act, made to look like an external datalink systems hack, the evidence of which is contained on this USB and a shadow data brick, buried at these coordinates. I committed this act as a protest against the black ops Pale Horse program and the taking of innocent lives in Pakistan.

Where does it end? Do we really think we hold our loved ones closer than our enemies do? Why would our grief hurt more than theirs? An eye for an eye and the whole world goes blind.

So, the Australian show ends with moral relativism and makes the American military-industrial complex the bad guy. That's so original!