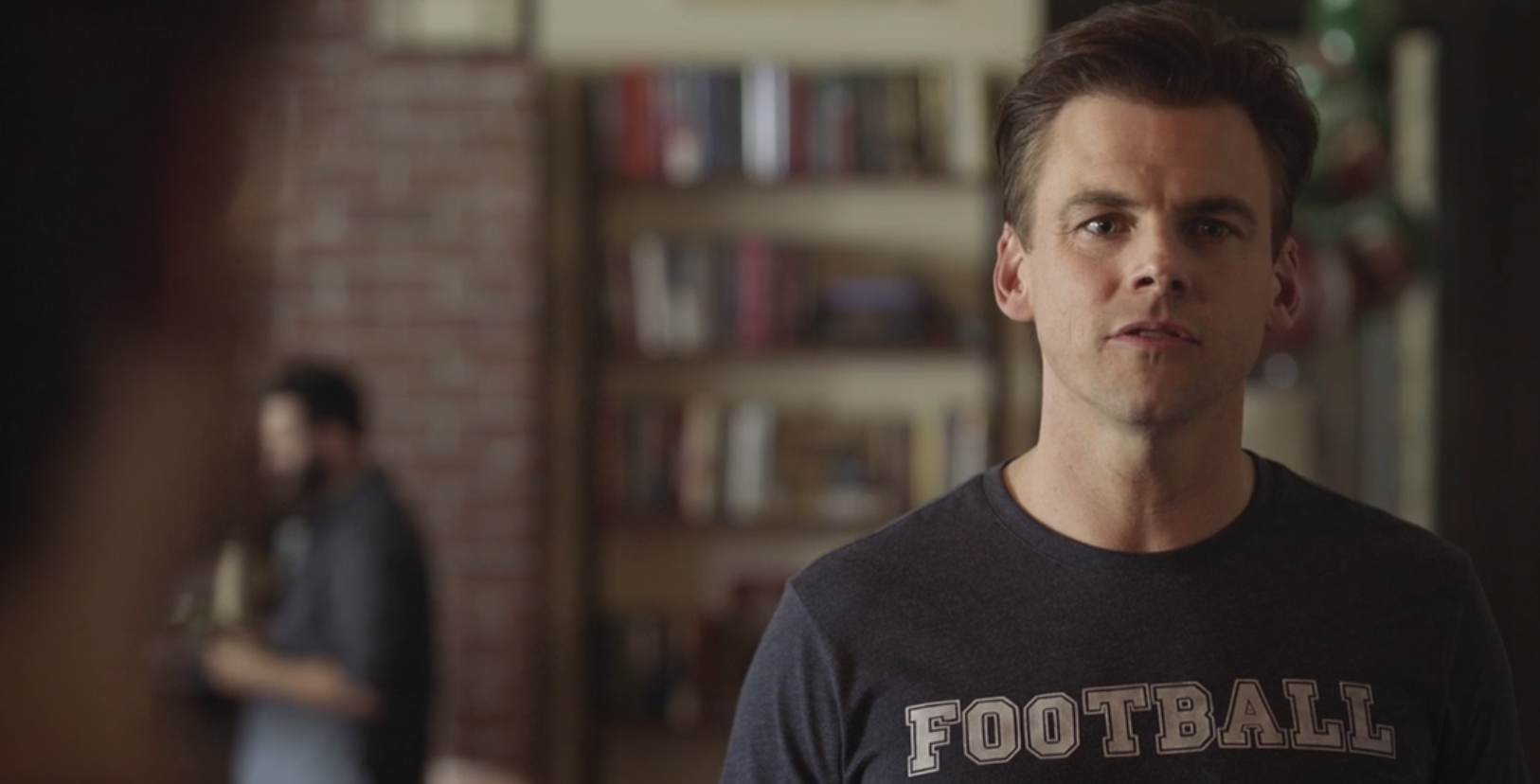 This won't be much of a loss to conservative audiences, but Hulu's Casual just dropped its last 8 episodes on Tuesday. This new run of episodes was pretty much more of the same liberalism but with one twist - season four takes place a few years after season three, with creators saying that puts it at around 2022 or so.

From the first few minutes of the first episode "Carrie," in which Alex (Tommy Dewey) comes up with an elaborate reason the woman with whom he's sleeping might have a copy of Atlas Shrugged but not actually be a Republican (note to the writers - she'd be a libertarian), they make it clear that which political side they're on. Other items pop up, like the supposed horrors of a world without net neutrality or the news of former EPA Secretary Scott Pruitt being killed in Ukraine.

But the most egregious example comes in episode five, "The Last Super Bowl," when we find out about the demise of the National Football League after "the courts ruled in favor of the players' union." Alex hosts a Super Bowl party "to celebrate the end of a barbaric tradition, like leeching or ICE!"

Show creator Zander Lehmann told TVLine that Casual's prediction is “probably more wish fulfillment on our side. I don’t think football is going away, or the NFL is significantly changing in the next five years...but I think we all have a pretty complicated relationship with the gladiatorial sport, so it felt like a nice way to comment on a thing that a lot of people are thinking about, but don’t have answers for.”

Why compare the NFL to leeching or ICE, though? Why even compare leeching and ICE to each other? Is protecting our borders some kind of symbolic bloodletting, or is he implying that it's something that seemed healthy at the time but did more harm than good? Does he think those things apply to football? Looking just at the suggestion that ICE is barbaric, I wonder why he saved this commentary for an episode that would air now, rather than one that would air during the Obama administration, when ICE was busier with deportations than it has ever been? Just kidding, we know why.

Lehmann said that Trump is probably no longer president in this Casual future and admits, "I’ve had a really hard time writing comedy and jokes in the world of Trump, because there’s a lot of sad things going on that are sort of happening outside of our control. So part of jumping four years into the future was to paint a world that has some sort of light at the end of the tunnel, where some of these criminals are actually being brought to justice, [and] some of these people are getting punished for the horrible things that they’re doing.”

As long as we're bloodletting, I guess it's time we loosen the tourniquet and let go of the shows that are poisoning our bandwidth with this garbage. Bye, Casual. You honestly did provide us with a few laughs, but the nonsensical and heavy-handed political rhetoric made you pretty much unwatchable anyway.