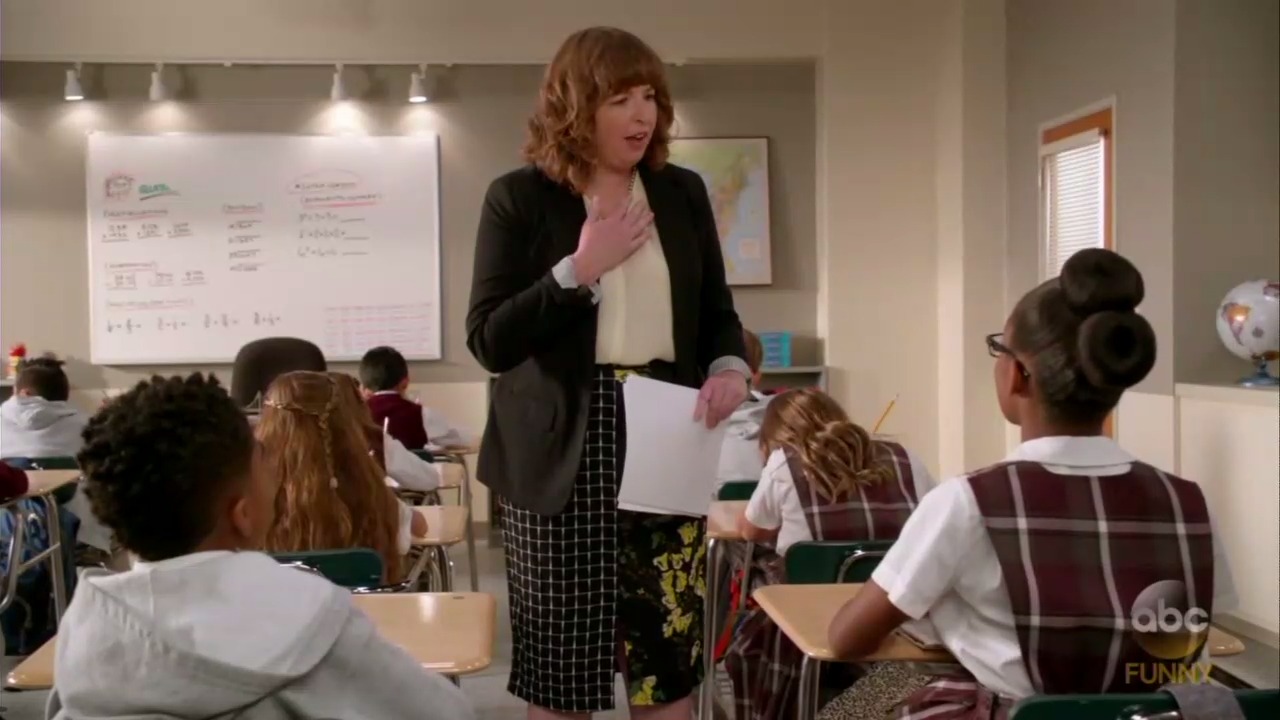 On the January 2 episode of ABC's sitcom Blackish, "Working Girl," eight-year-old twins Jack (Miles Brown) and Diane (Marsai Martin) get some terrible advice from their grandmother Ruby (Jenifer Lewis) - If you're struggling in school, just use your race to cheat.

While Jack and Diane's mother Rainbow (Tracee Ellis Ross) was on maternity leave, she was doing their math homework for them. This episode finds her going back to work, though, and the twins have a test coming up. They go to their grandmother for help, since they don't know anything that's being covered on the test, but she doesn't know, either. However, she has a solution for them.

The kids go to a private school that has mostly white students and faculty. She confirms with the kids that their teacher is white, then tells them, "Before she hands you that test just look in the newspaper, find a tragedy that happened to a black person, and say, 'That happened to my cousin.' Yeah. White women will buy that like Oprah's selling it."

The next day, Diane tells their teacher, "Our cousin was fatally struck by gunfire last night while visiting friends on the 1400 block of Southwestern Avenue," to which the teacher replies, "The hood is so cruel." Not only are the kids excused from the test, the teacher excuses them from all homework for the rest of the week as well. Jack and Diane are feeling pretty proud of themselves when they get home, but their brother Junior (Marcus Scribner) is not happy about it.

Jack: Thanks to you, we never have to do schoolwork again!
Diane: Yeah. We just have to prey on white guilt, and that is a well that will never run dry.
Junior: You cheated? As a member of the Honor Committee, I am obligated to tell the school.
Jack: No, you're not. I'm gonna call my faculty mentor.
Ruby: Junior! Junior? Oh, come on, now. Don't narc on the babies. Look, the way I see it, the system's already stacked up against us, right? So sometimes we have to bend the rules a little just to get a fair shake.

You heard that correctly - not only is this grandmother teaching her grandchildren to lie to her teachers in order to cheat, she's teaching these affluent kids that they're victims who somehow deserve to do so. The kids do finally get busted at the end of the episode, but only because they try to pull the scam on a substitute teacher who is black. The kids get an F on their next math test, and they're grounded by their parents - for one week for lying, and another week for doing it so poorly they got caught.

There are some messed - up lessons being taught in this house. All they're going to accomplish is propagating cycles of perceived victimhood - even for advantaged kids like these.