Showtime's 'SMILF' Says American Dream 'Does Not Exist,' While Demonstrating It On and Off-Screen 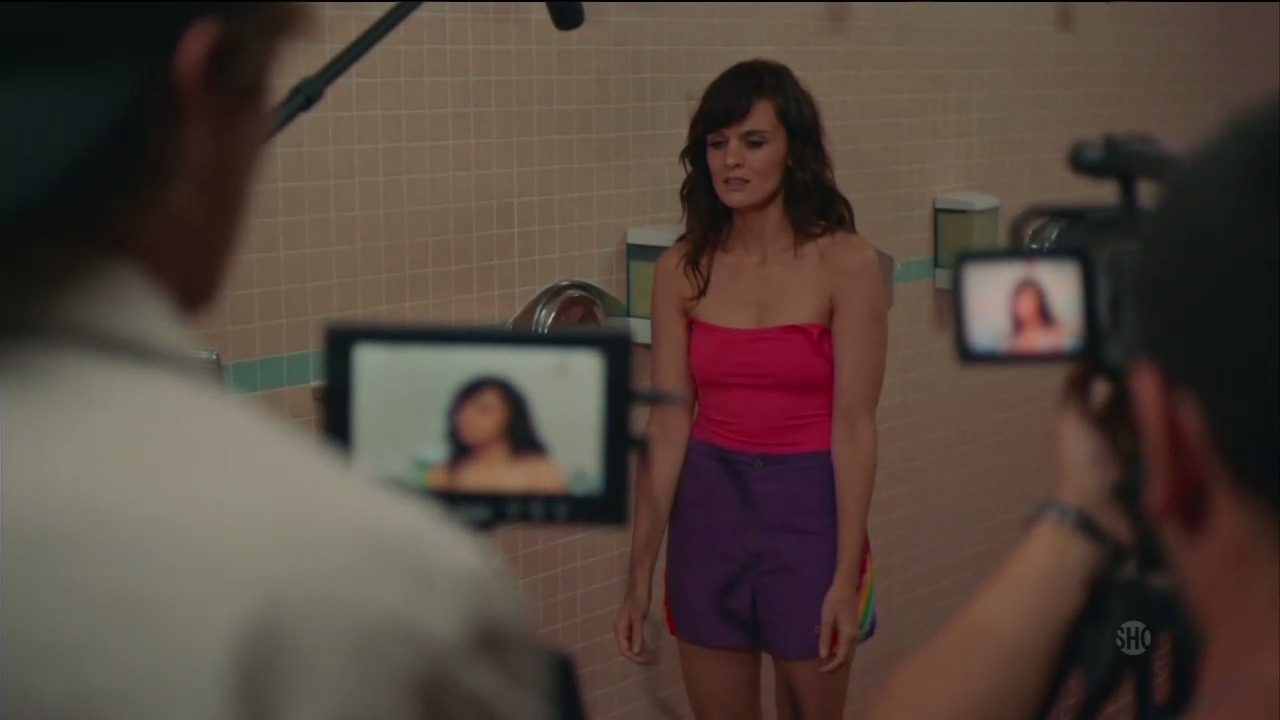 With Thanksgiving only days away, I want to share one thing for which I'm thankful: from the premiere of SMILF on November 5 on Showtime to its second episode on November 12, viewership fell by a third. Having just endured the third episode, November 19th's "Half a Sheet Cake and a Blue-Raspberry Slushie," here's hoping the American people continue to be driven away from this show as quickly in the weeks to come.

The episode started with a George Carlin quote on the screen to set the tone: "That's why they call it the American Dream, because you have to be asleep to believe it." Considering this show is about a woman following her dreams, and is written and produced by and stars a woman who is, presumably, living her own dream, the irony of this is fairly rich. Just for the record? George Carlin was a high-school dropout who was raised by a single mother in the 1940s, and he went on to be incredibly successful.

The first scene of the episode has the main character, Bridgette (Frankie Shaw) filming a public service announcement about PTSD, an acting job she booked in the first episode. They have her pad her bra and do a scene in which she's crying in a shower, and this is intercut with scenes of other women being sexualized in on-camera jobs. I guess we are supposed to think that she's somehow not free to pursue her dream in America because she is, of her own free will, accepting jobs that kind of stink? The American dream never promises that it will be easy or glamorous, it is usually quite the opposite, but the promise is that it is possible. She wants to be an actress and she has acting work. That is far more than many can say.

Later, she meets a man online who says he will pay her $300 to look at her face in person. So, Bridget arranges for her son to be watched by his father and meets this internet stranger in a rainy parking lot. This sounds far more demeaning than padding one's bra, does it not? He offers her another $300 to have a soda with him, and she accepts. They get to chatting and find that Bridgette went to the same prep school as the man's daughter currently attends. She gives him advice on which teachers to choose for him to pass on to his daughter, which quickly turns into a political discussion.

Bridget: You have to tell her to take Mr. Hilgendorf for U.S. History next year. You have to tell her.
Man: Okay.
Bridget: It'll blow the fuck open her mind.
Man: Will do.
Bridget: Okay. He does this thing where he makes you buy a regular, like, public school textbook, and then you take it to the track, and you burn it.
Man: That sounds a little dangerous.
Bridget: No, it's amazing. He monitors it. It's very safe.
Man: Oh, okay.
Bridget: Yeah, yeah, oh, my God. And then he only teaches out of A People's History.
Man: Okay, wow. Yeah.
Bridget: Howard Zinn?
Man: Howard Zinn. Yeah.
Bridget: Yeah. Man, that book changed my life.
Man: Amazing, Mr. Zeckendorf.
Bridget: Hilgendorf.
Man: Hilgendorf.
Bridget: Yeah.
Man: I'll tell her.
Bridget: Yeah, my mom, she went to the headmaster and complained that he was teaching us to be un-American. She's crazy. I think all of her friends died in Vietnam or something.
Man: Well, she sounds like a patriot. I like it.
Bridget: Really?
Man: It's the land of the free.
Bridget: You're rich, or you're stuck.
Man: This is--the master of your own destiny. It's America.
Bridget: You sound like every teenage boy I've ever written a college application essay for.
Man: I do?
Bridget: Yeah.
Man: Why?
Bridget: Just, like, this romantic idea of America that does not exist. I mean, not for everyone.

Where do I even start? First, let's take the school. She went to a fancy prep school so, by her estimation, life should be easy peasy. Yet the point of the episode is that she's broke. She's pursing her dream, but has yet to achieve it, and the episode is telling us that one can't go for your dreams in America. None of this makes sense. As for the school, Milton Hall, that's pretty clearly based on Milton Academy, the elite 200 year-old school Frankie Shaw herself attended. Her dream seems to have worked out pretty well, although Bridget's has yet to come to fruition. She took the film version of SMILF to the Sundace Film Festival in 2015 where it won an award and got her the very show about which I write, which she writes, produces, and in which she stars. So, going to an elite school worked out for Shaw, but didn't work out for her character, yet the point is that you have to start out rich to make things happen in America? She's proving her own point to be false in the character of Bridget. However, Bridget is finding work as an actress, so she may make her own way in the world which would, again, prove the entire point of the episode to be false.

Now, about Mr. Hilgendorf. It's hugely inappropriate to make your students buy a textbook to burn, for a teacher to tell students to burn books, and to use Howard Zinn as the basis of education. The man is an activist, and the role of an educator is not to share opinions, but to teach facts. No wonder Bridget's mother (oddly enough, played by Rosie O'Donnell) was upset with the school. The teacher was teaching them to be un-American. As an aside, you're a pretty horrible daughter for not knowing if your mom's friends died in Vietnam, Bridget. This is a woman who is deeply disinterested in facts.

This episode is pretty much what's wrong with the entire show. It's not good. It's trying to push an agenda, but doing it so very badly that it isn't even effective as propaganda. SMILF might have a few Howard Zinn die-hards excited this week but, mostly, it is just a confusing mess. Good thing for Frankie Shaw that America is the land of opportunity, and even this mess of a television show got a chance.