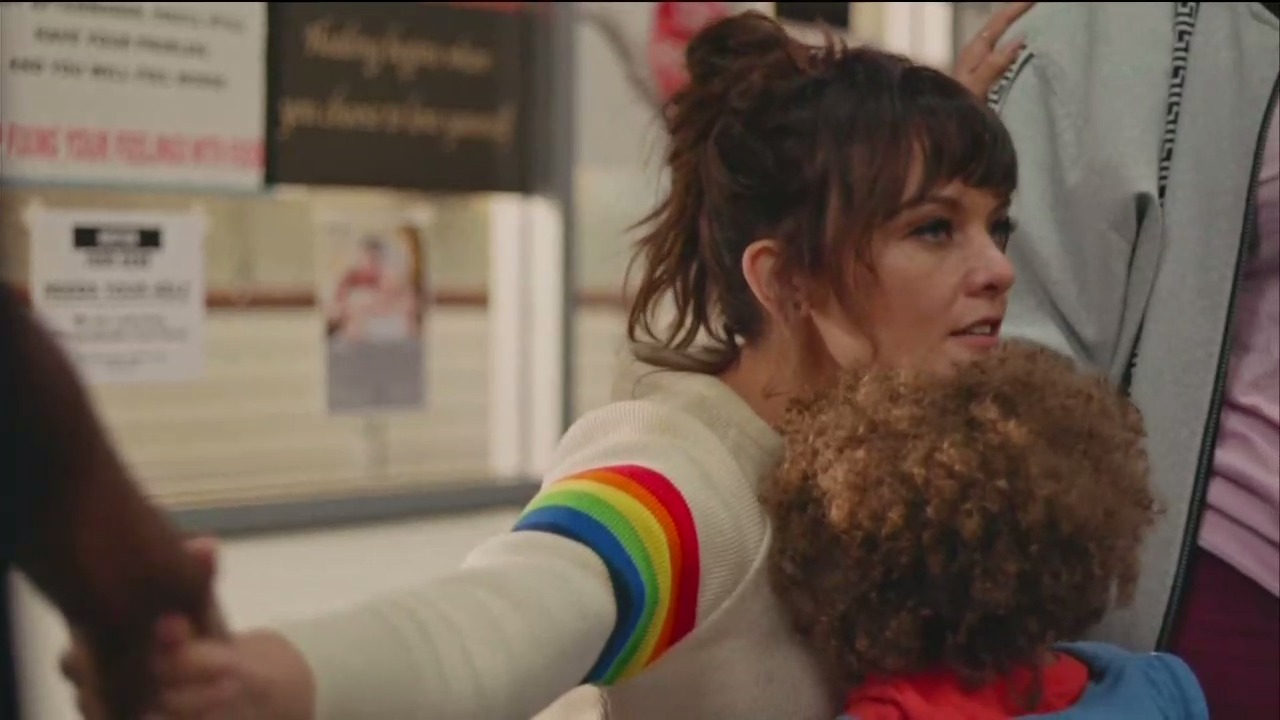 SMILF oozed onto the scene last week in its Showtime premiere that discouraged prayer and encouraged gross immorality and, well, was just gross. In the second episode, "1,800 Filet-o-Fishes & One Small Diet Coke," on November 12, we have more of the same.

In the second scene of the show, main character Bridget (Frankie Shaw) is at a recovery meeting of some kind which is just wrapping up. As the scene opens, the leader is saying, "Well, thank you, everyone. That's all the time we have now, so we'll close the meeting like we do every week with a prayer." If you read last week's recap, you know how Bridget feels about that. So, while the group recites the Lord's Prayer, she only joins along with the first two lines, and she changes the words. So, as the group says, "Our father, who art in heaven," Bridget says "our mother," and, at the end, when everyone says "amen," she says "a-woman." The word "amen" obviously has nothing to do with men. It's a word that loosely means "so be it." So, by changing it to include the word "woman," you just look like a weirdo. For a woman who works as a tutor, Bridget doesn't seem terribly bright.

After the meeting, Bridget sticks around for a minute to talk with her friend, who is wearing a shirt that reads “Roses are red/ Doritos are savory /the U.S. prison system/ is legalized slavery." Are there issues with the American criminal justice system? Of course there are - and conservatives are at the forefront of trying to reform it with several organizations dedicated to just that. They're also getting results. To say that giving prisoners jobs is a form of slavery, though, is ridiculous. Even prison justice advocate Chandra Bozeklo agrees, and she's not a conservative or Trump supporter.

Now that we've checked the anti-religion and social justice boxes for the episode, Bridget moves on to her job as tutor to a wealthy family, where we get to the moral degeneracy part of the program. Casey (Austin Abrams), the oldest child of the family Bridget tutors, is home from his freshman year at Harvard and he and Bridget exchange pleasantries upon seeing each other again. Later, when Bridget is alone with the kids and the housekeeper, she decides she wants to know what it's like to live the life of a wealthy woman, so she puts on the robe and jewelry of her employer and lounges around. Casey comes to ask for help tying his tie, and they end up in a bizarre role-playing scenario in which they're pretending to be the Marshalls, a long-married couple. It gets worse from there.

Gross. This woman tutored him in high school (actually, she admits, she wrote a good deal of his essays for him, including the one that got him into Harvard) and is now engaging in sexual role play...in his parents' house and in his mother's clothes? While his younger siblings and the housekeeper are literally in the next room?

She's also let her baby daddy's girlfriend take her son to the doctor so she can "work late," so bonus points for being an excellent mother, Bridget. The role playing had a very high ick factor, but then they topped it off with some vulgarity and a little bit of nudity just to make the scene complete.

I was so disappointed to see that a near record number of American people tuned in to watch the premiere of SMILF. But maybe the American people don't enjoy watching a single mother ruin her child's life and act like a depraved teenager. Maybe, people just tuned in for the first episode to see what it was all about and, now that they know, they won't be tuning in again. Come on, America. Do the right thing so SMILF will get canceled and I can stop watching this show!