TBS Sitcom 'The Guest Book' Forgets to Be 'Very Funny,' Gets Very Political Instead

Do you remember when TBS was a nice, family-friendly channel? Not anymore. Last week, on the premiere week of “The 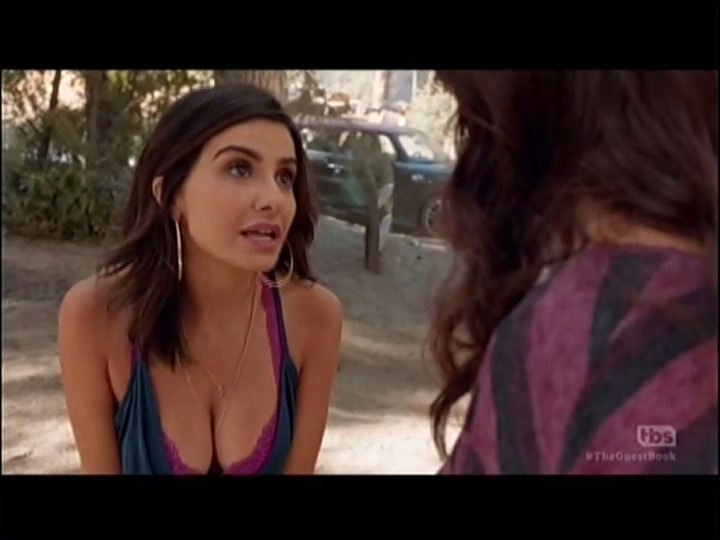 Guest Book,” Story Two depicted Christians assaulting a woman to force her into baptism and, on the August 10 episode of “The Guest Book” Story Three, they attacked conservatives and pro-lifers, portraying them as both liars and hypocrites.

The show centers around a guest cottage and each week a different cast shares the story of their time staying in it. In this week's episode, Phyllis (Michaela Watkins) and her husband John (Desmin Borges) stay in Froggy Cottage for the weekend with his boss David (David Zayas) and his boss's much younger wife, Bethany (Mikaela Hoover).

We meet the not-so-charming Bethany when she asks Phyllis if she has any Plan B. You see, she won't take birth control because she doesn't like the side effects, but her husband thinks she's on it. She can't tell him that she is taking Plan B “because he's super pro-life.” Delightful, isn't she?

While that's how we first meet Bethany, the show really gets insulting when we find out how Bethany and David met each other. Phyllis assumes that it was at Bethany's old job giving massages where, Bethany explains, “I'd let the back of my hand accidentally brush up against [the client's] nut sack a few times,” but that wasn't the case.

I'll let them tell it.

David: No, we met at a Mike Huckabee rally.

Bethany: David was holding a sign that said -- What did it say again, honey?

David: "If babies had guns, they wouldn't be aborted."

Bethany: I didn't understand it at first, so he explained it to me. And then he complimented me on my eyes, which pissed off his wife. Who turned out to be a real bitch, by the way.

So, in addition to Bethany lying to her husband and giving lip-service to pro-life beliefs, David was already married when he met her. Clearly, the show is trying to say that conservatives don't really value family or faith as much as we say we do, but we think the idea of a baby holding a gun is hilarious. This hypocrisy is alluded to a few more times, when David mentions the breast implants he got Bethany, or when Bethany finally gets her Plan B pills from a local stripper, who calls it "a convenient little abortion."

In the end, Phyllis has a little too much to drink and tells David what Bethany has been up to.

You're gonna wanna take a couple drinks for the road 'cause you're gonna wanna be real nice and lubed up when you find out that that your monkey-brained child bride is probably pregnant 'cause her birth control was in her purse that got stolen. MM. MM. Oh, wait. And what birth control would that be? Hmm. Well let's just go ahead and say she wasn't using Plan A. Isn't that right? That's right, David. Every time you finish pumping and wheezing on top of your barely legal spouse, she just pops one of those handy dandy little no-muss, no-fuss abortion pills. Hey, what -- what do you think your little right-wing, bass guitar-playing buddy would think about that? Huh? What do Ya think, you bald, alcoholic, halitosis-having, cheap wristwatch-wearing piece of shit? Borderline pedophile -- what -- what do you think?

This show has only been on for two weeks, but these writers clearly have an anti-conservative agenda. Too bad they're more focused on that than making an entertaining show. Good thing they got rid of their former slogan "Very Funny," because they seem to have forgotten that part in their desire to go political.