#StillWithHer: Hillary to Get Documentary Treatment from Hulu 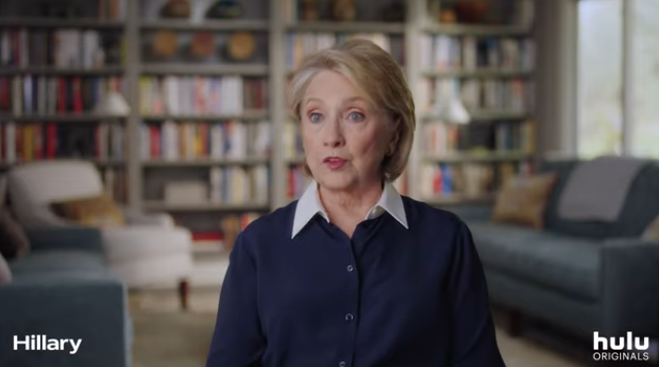 The Obamas have Netflix and now Hillary Clinton has Hulu giving her the documentary treatment. Because the world clearly hasn’t gotten enough of Hillary and the 2016 election three years ago.

In news that will only excite her most fervent fan girls and "nasty women," on Friday the 13th, Hillary’s twitter account promoted a Hulu tweet announcing a documentary series titled Hillary and teaser trailer, with the comment, “I've done my share of interviews in my lifetime, but nothing like this. I surprised myself a few times while participating in this documentary. Maybe you'll be surprised, too.”

If you’re expecting a puff piece, you won’t be surprised.

A portrait of a public woman, interweaving moments from never-before-seen 2016 campaign footage with biographical chapters of Hillary Rodham Clinton’s life. Featuring exclusive interviews with Hillary herself, Bill, Chelsea, friends, and journalists, an examination of how she became simultaneously one of the most admired and vilified women in the world.

The trailer begins with some non-insulting insults about her, like, “Her greatest strength is her greatest weakness” and “She’s so smart people always believe there is some deviousness.” It’s a clear attempt to remake Hillary for Middle America. Several scenes appear to show her praying and American flags are everywhere. Is she trying to soften her image for a third crack at the presidency?

In one of the clips, Bill admits he warned her, “I really want to marry you, but you shouldn’t marry me.” See, even he knew he was a predator to be avoided from the start.

Hillary also addressed Trump standing behind her during the town hall debate and calculating, “If I said, ‘Back up, you creep,’ would I sound angry?” Yes, it's so hard to be a female candidate!

The trailer asks, “Who does she think she is?” and it seems like they’re going to let her answer that question for herself. Which pretty much guarantees there will be no #MeToo reckoning for her husband or taking personal responsibility for her campaign loss forthcoming in this film. In other words, Hillary will only satisfy those who, like the woman herself, still haven't gotten over election night 2016. So, expect much media acclaim and many awards.

The four-part docuseries will premiere at the Sundance Film Festival in January for her adoring fans. The rest of us can avoid it on Hulu on March 6.