Kamala Harris Consoles Seth Meyers Over Mueller Report: ‘We Are Not Crazy’ 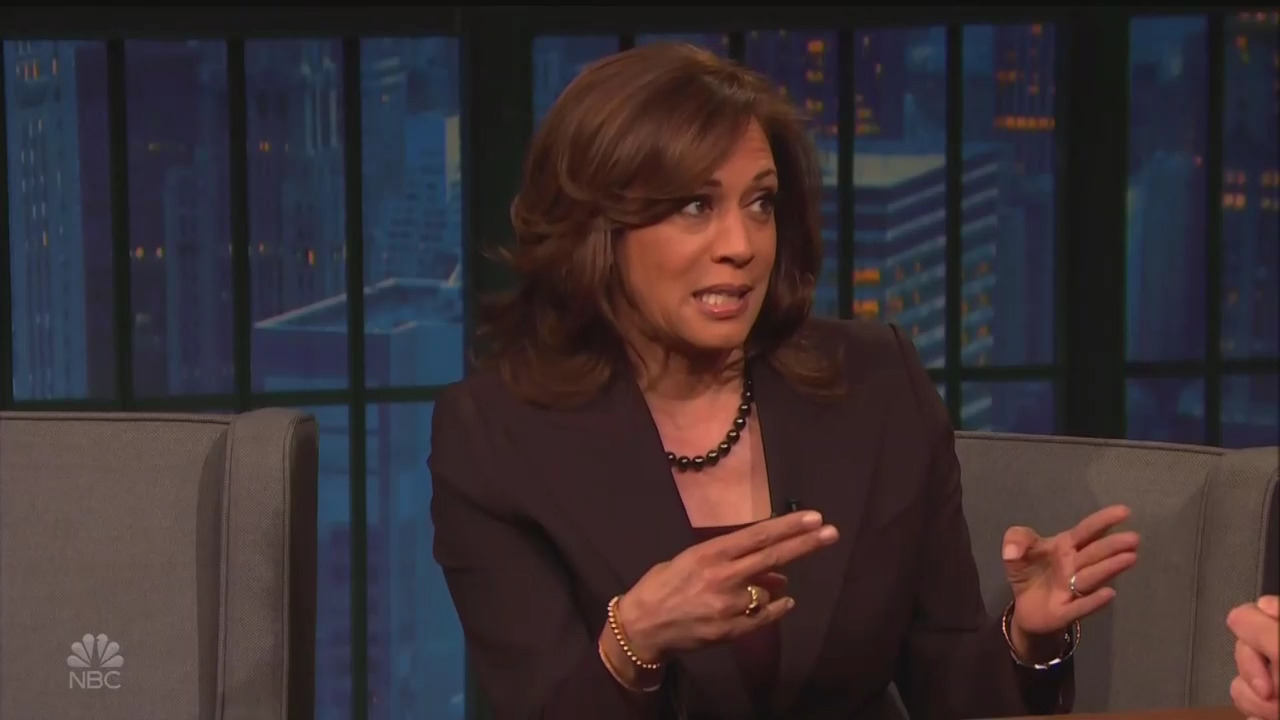 Senator Kamala Harris appeared on Late Night With Seth Meyers on Thursday night and she was greeted with all the adoration you would expect from a liberal fanboy like Meyers.

Meyers opened up with a softball question, asking about her colleagues in the Senate who are also running for president, “Is it awkward when you see each other?”

After complimenting Harris that she’s “very good at asking questions,” Meyers got right to what every liberal is dying to talk about: the Mueller report.

“I think everyone is smart enough to know how could he possibly have summarized two years worth of around the clock investigations in two days into just four pages,” Harris said, echoing liberal conspiracy theories that Attorney General Bill Barr is hiding the truth of what the Mueller report revealed.

Holding on to the Trump derangement, Harris reassured him, “We all have to remember that we are not crazy.”

Seth: Does it square, what the four-page letter Barr put out with what you know?

Kamala: Well, put aside what I know. I think what the American public knows is that Bob Mueller was engaged with an incredible team for two years in an investigation. And the attorney general produced a four-page document in two days. And so, I think everyone is smart enough to know how could he possibly have summarized two years worth of around the clock investigations in two days into just four pages. For that reason I think we all know we need to have full transparency. The American public deserves to see and know what that investigation involves. [ Cheers and applause ]

Seth: I will say -- this is a nonpartisan observation. Nothing happens quickly in D.C. The fact it was two days later, he's like, good news, we got your answer, it's nothing, was very surprising to me. But I also want to ask, are you surprised, disappointed, that Mueller did have these two years and it seems as though, you know, some people have used the expression that he punted on the decision whether or not there was enough evidence for obstruction. Do you feel as though an investigator who had that much time and that much freedom should have come to a more concrete answer on that question?

Kamala: Well, but we don't know what Mueller said because we've not seen the report. That's part of the issue. The American public and certainly the United States Congress should have the ability to judge for itself what the evidence was, what was the underlying evidence that supported the report, and there should be no hesitancy by this administration, certainly this attorney general in giving it to us. It is a matter of serious concern. [ Applause ] And then we'll see. You know, I think that there's every reason to believe based on his entire career that Bob Mueller was thorough. That he went where the evidence took him. But we need to see it. Because the other thing I know as a prosecutor is that there is a difference between knowing what happened and being able to prove what happened. It doesn't mean there's no evidence, but it probably means that there was not sufficient evidence to maybe bring certain charges. But let's not also forget, there have been 33 indictments. Let's not forget that there is a whole lot of evidence of crimes that have happened. And people are taking a toothbrush to the courtroom these days because of it.

Seth: Are you shocked as a prosecutor how quickly it does seem like you have to remind people how many people who were close to or worked explicitly for the Trump administration are either in prison or have been arrested?

Seth: If I had asked you this question four years ago, and said, there will be somebody in office and they'll have this many people connected to them in jail.

Kamala: It is quite unbelievable.

Seth: Okay, good. ´Cause I thought I was crazy. [ Laughter and applause ]

Kamala: No, no. Actually, that's the thing. We all have to remember that we are not crazy.

Kamala: And that these are serious, serious matters.

Ironically, in support of her education idea, the pro-abortion politician said, “I think you can judge a society based on the way it treats its children.”

They talked about her reaction to Trump’s election in 2016 – “Utter shock and dismay.” Harris said it was "extremely bittersweet" to win her Senate seat on the same day, while Meyers joked, "Was it like being someone on the Titanic going, 'I've got a boat. I've got a life raft.'"

Yeah, you guys keep telling yourselves you're not crazy...