Critics Love ‘Vital,’ ‘Satisfying’ Trump-Bashing Show No One Will Ever See 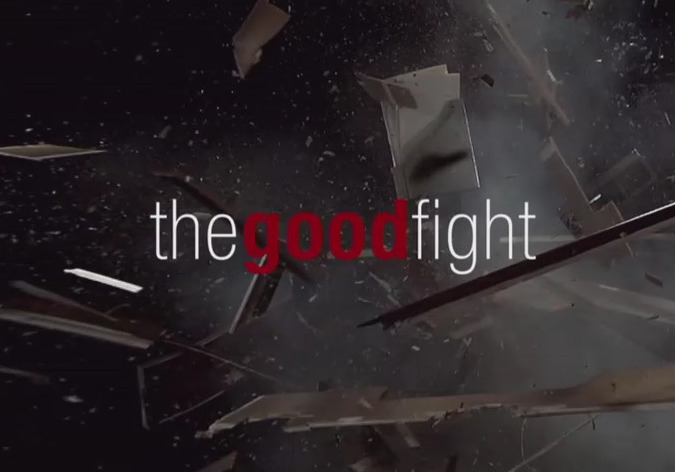 Season 3 of CBS All-Access’ surreal drama The Good Fight returned last Thursday and critics can’t stop raving about the Trump-bashing show. A spin-off of the Emmy-winning The Good Wife, which ran on CBS from 2009-2016, The Good Fight ostensibly follows Diane Lockhart’s (Christine Baranski) work at a historically black Chicago law firm, but mostly documents her three year freak out over the election of President Trump.

Decider describes The Good Fight as “the existential hell of being an upper class liberal in the time of President Trump,” which pretty much tells you everything you need to know about why critics love it so much.

“An audacious dramatization of life in 2019,” Decider raves the show is “sensational,” “brilliant, masterful, and deliciously pulpy,” and “one of the best shows on TV most people aren’t watching.”

Echoing the praise over timeliness, Indiewire says the series takes a “bold new approach to the sort of complicated exposition that these complicated times require.”

Funny how they don’t mention the seedier aspects of the show, like wishing the “pee tape” into existence or discussing the assassination of the president.

Kevin Fallon crows “‘The Good Fight’ Eviscerates Trump Better Than Any TV Show” on the Daily Beast, calling the “escalating, bonkers, incisively sharp and shockingly current” show “satisfying” and gushes that it is “so vital and celebrated.” He clearly identifies with the liberal character, “You recognize and relate to Diane’s frustration and anger” at the “post-truth, post-facts, post-justice Trump administration.”

Fallon quotes Decider’s Joe Reid tweeting, “The Good Fight is the only show on television that understands, reflects, and comments upon exactly how insane it feels to live under the Trump presidency.” [Emphasis mine]

Other shows that have been on a consistent mission to bash the Trump presidency, other than all late night shows and comedy acts, include Murphy Brown, HBO’s Ballers, and Stephen Colbert’s Our Cartoon President. If that tweet was a diss at those shows that’s one thing, if they’re trying to pretend that the anti-Trump ideas in The Good Fight are original, that is quite another.

Some of the more surreal aspects of the show include Diane talking to a Trump-shaped bruise on her husband’s back, psychedelic drug use, and musical acts:

Last season, Diane began microdosing—taking very small doses of psychedelic drugs—as a way to cope with a world in which reality too often resembles a hallucination. It worked so well as a representation of our collective are-we-all-going-mad exasperation that [co-creator] Robert [King] felt they could add sequences like the bruise soliloquy or Michael Sheen’s musical number to “make it look like the world had been microdosing this year.”

It is against this backdrop that Noel Murray says “The Good Fight is the only TV show that makes sense in 2019” in The Week. Calling the show “uncommonly savage,” “wildly inventive and of-the-moment” Murray posits that the series provides “some kind of reasoned response to the daily mayhem” of the Trump administration. Maybe he’s been microdosing as well…

Murray bemoans that “To the extent that this series is screaming about what's happening to American life, it seems to be doing so into a void.” CBS All-Access doesn’t release ratings, but it’s safe to say very few people are watching this drivel.

Still to come on the show, according to the Daily Beast, the law firm has moral qualms about hiring the lawyer who prepped Justice Brett Kavanaugh for his Senate hearing, Diane joins a #resistance group, and a Taylor Swift knock-off “seek[s] advice about whether or not to condemn neo-Nazis.”

A new episode of ‘The Good Fight’ is released on CBS All-Access every Thursday.