Oscar Winner Spike Lee: 'Be On the Right Side of History' in 2020, 'Make the Moral Choice' 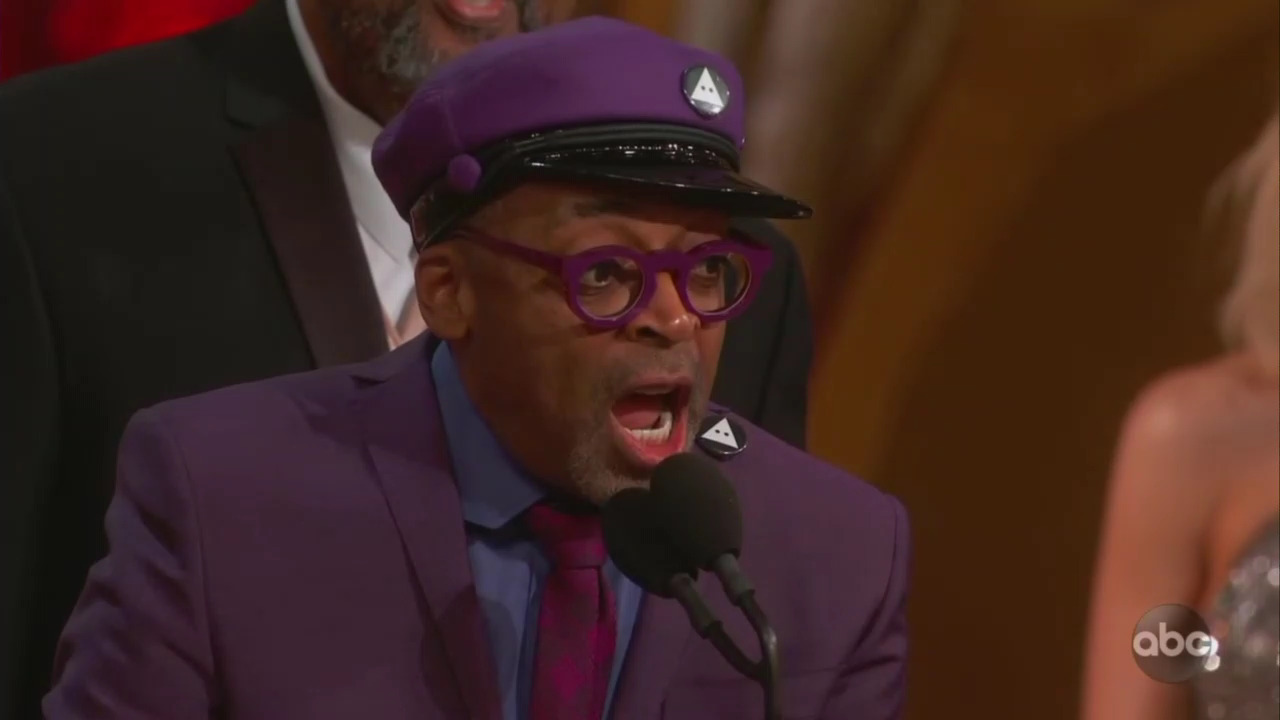 Director Spike Lee won his first Oscar for Best Adapted Screenplay for BlacKkKlansman and he took the occasion to be the first one to really get political at the 91st Academy Awards on ABC.

After talking about his ancestors, some of whom were slaves, Lee reminded the audience, "The 2020 presidential election is around the corner" and called on everyone to "be on the right side of history" and "Make the moral choice between love versus hate." He ended with a nod to his 1989 film Do the Right Thing.

I want to thank Tanya, the word today is irony. The date, the 24th. The month, February, which also happens to be the shortest month of the year. Which also happens to be Black History Month. The year, 2019. The year, 1619. History, herstory. 1619, 2019. 400 years, our ancestors were stolen from Africa and enslaved. They worked the land from morning to night. My grandmothers, who lived 100 years young, a college graduate even though her mother was a slave. My grandmother, who saved 50 years of social security checks to put me through college. She called me Spiky-poo. She put me through film school. NYU!

Before the world tonight I give praise to my ancestors who built our country, along with the genocide of our native people. We all connect with ancestors, to regain our humanity. It will be a powerful moment. The 2020 presidential election is around the corner. [ Applause ] Let's all mobilize, let's all be on the right side of history. Make the moral choice between love versus hate. Let's do the right thing! You know I had to get that in there.

Of course, this is nothing new for the liberal director. Earlier this month Spike Lee called Christopher Columbus a 'terrorist' and said the USA was built on 'genocide and slavery.'