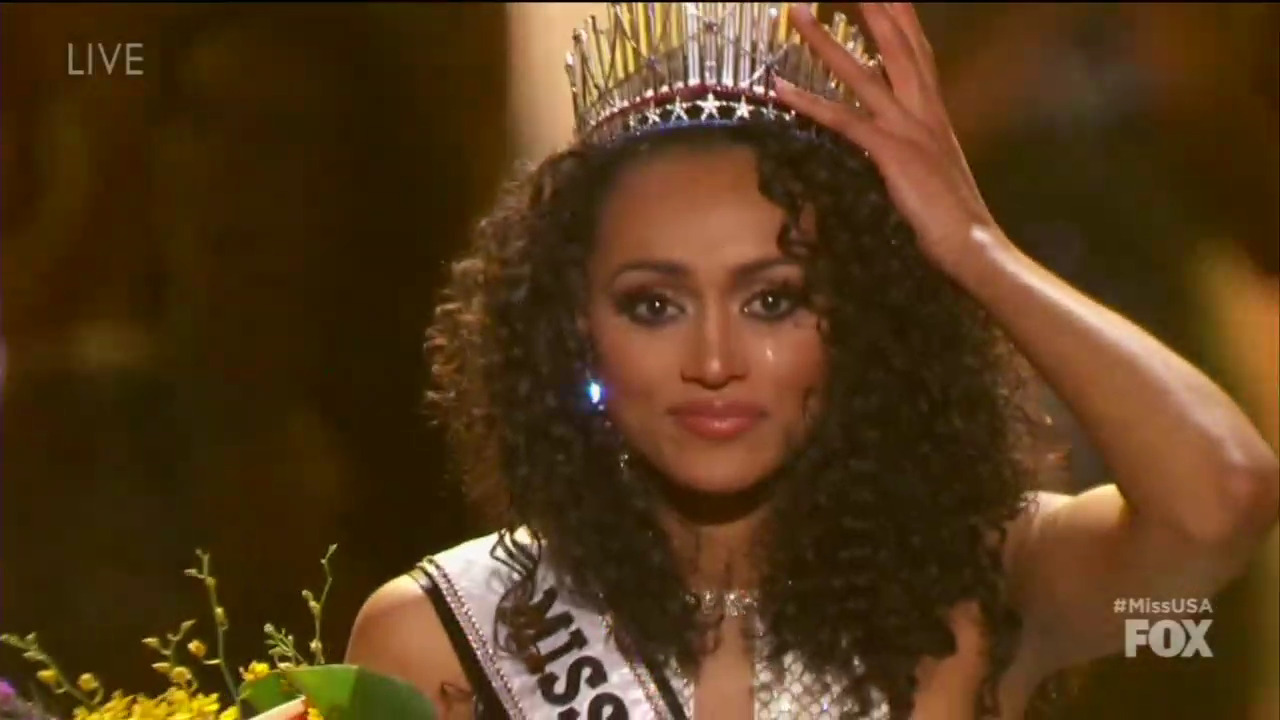 A new Miss USA was crowned on Sunday night on FOX, but it wasn’t without some political controversy.

Miss District of Columbia Kara McCullough won the title, much to the chagrin of liberals who didn’t like her conservative answers in the question rounds. Her thought crimes? Saying health care is a privilege, not a right, and rejecting man-hating feminism in favor of equal opportunity.

The Miss USA pageant was hosted by Julianne Hough and Terrence J, and Julianne served up the question about affordable health care to Miss DC, who is a scientist at the Nuclear Regulatory Commission:

Julianne: District of Columbia, you're up. Do you think affordable health care for all U.S. citizens is a right or a privilege and why?

Miss DC: I'm definitely going to say it's a privilege. As a government employee, I am granted health care, and I see firsthand that for one to have health care, you need to have a job. Therefore, we need to continue to cultivate this environment that we're given the opportunities to have health care as well as jobs to all the American citizens worldwide.

Rejecting the liberal mantra that health care is a human right and wanting to cultivate an economic environment that gives job opportunities to all Americans? The horror!

The last question given to each of the three finalists was about the meaning of feminism and Miss DC became even more of a heretic for rejecting “die hard” feminism that doesn’t care about men, aka today’s radical left-wing feminism. And she must have given feminazis conniptions when she said that women and men were equal in the workplace. As for the other two, Miss Minnesota gave a weird answer about feminism being about any gender and Miss New Jersey gave an answer that liberals loved, ranting about the “fight for equality” and creating an “equal world.”

Julianne: Yes, you do. Absolutely you get a microphone. Here you go.

Miss DC: As a woman scientist in the government, I would like to lately transpose the word feminism to equalism. I don't really want to consider myself -- try not to consider myself like this die hard, you know, like, oh, I don't really care about men, but one thing I want to say, though, women, we are just as equal as men when it comes to opportunity in the workplace.

And I say firsthand I have witnessed the impact that women have in leadership in the medical sciences as well as in the office environment, so as Miss USA, I would hope to promote that kind of leadership responsibility globally to so many women worldwide.

Terrence: Thank you, District of Columbia.

Miss MN: Modern day feminism is not only about supporting other women. It is about being any gender in this entire country, in this world and not being afraid to lift those up around you. It is about being unapologetically yourself. In this pageant we have incredible representatives of what it means to be a woman, whether they're on this stage, hosting this pageant with us, or judging the contestants on this stage.

Miss NJ: Feminism is striving for equality, and I do consider myself a feminist. I think it's a misconception when people believe that feminism is women being better than men, but it's really not. It's a fight for equality, and we need to realize that if we want a stable society, a better future for every single individual, we need to be equal, and that's why I advocate for education for women because women are still held back in places of the world. They still don't have that right to their independence, that right to their equality all because of education, and once we do take that step, I believe that an equal world will be a better world. Thank you.

Needless to say, liberals were very upset that a smart, beautiful African-American woman took home the crown, because she espoused conservative views.

Heavy is the head that wears the crown. Here's hoping the new Miss USA sticks to her guns and doesn't come out with a statement tomorrow "clarifying" her answers and reading liberal talking points after all the leftist outrage.