‘Fresh Off the Boat’ Mocks: Church Is Like Costco 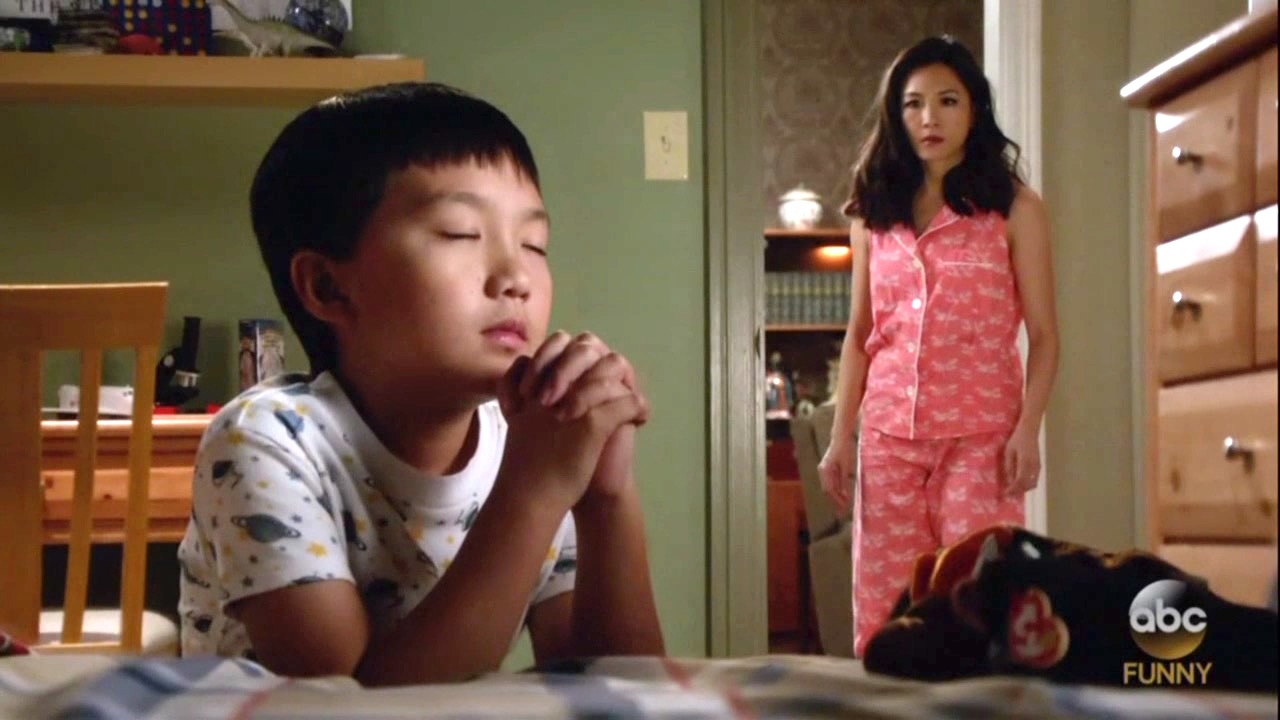 ABC seemed intent on taking down organized religion on Tuesday night. In the Fresh Off the Boat episode “WWJD: What Would Jessica Do?” Jessica (Constance Wu) is terrified she will lose her youngest son Evan (Ian Chen) to God.

Sundays are special Mommy and Evan days when they spend hours shopping at Costco together, but one day, Evan decides he wants to go to church with his friend instead. Jessica does not approve because the Huang family is “mostly lapsed Buddhists who believe in some Chinese superstition, but also like Christmas, but in a festive, not-religious way.” Instead of allowing her son the freedom to explore religion on his own like a normal parent, she tries to stop it.

Jessica is bizarrely jealous of Evan’s relationship with God and becomes competitive – “God's got nothing on Mommy.” She doesn’t like him praying – “What conversation does he need to be having with God that he can't have with his own mother?” She discounts the stories from the Bible. Jonah surviving in the belly of a whale? “Impossible.” Noah’s Ark? “You're telling me a man had the chance to let all the snakes drown, and instead, he put two of them on a boat? No, that's not real.” She even pretends to be the voice of God to tell Evan to stop going to church.

Jessica: [ Deep voice ] Evan.
Evan: God?
Jessica: Yes, Evan. It's me -- God. I have a special message for you. Don't go to church anymore.
Evan: What?!
Jessica: There's too many people already. It's just too much. Go to Costco with Mommy instead.
Evan: [ Gasps ] Mommy!
Jessica: I was just getting some applesauce.
Louis: Jessica!
Evan: I'm disappointed in your betrayal. But I forgive you. That's what Jesus would do.

The only way Jessica can wrap her head around it all is by comparing church to Costco: “He says it's fun, everybody knows everybody, they talk about values, and they have good snacks… Church is Evan's Costco!” Yeah, church is like getting bulk deals in a warehouse...

Interestingly, The Real O’Neals aired an episode immediately following this one that compared church to CrossFit. Seems like liberals at ABC are obsessed with denigrating church as no better than shopping or exercise. Pretty sure millions of Christian Americans would disagree, but we all know by now that ABC doesn’t care what we think.