On June 1, the first day of “Pride Month,” Taylor Swift announced that the next brave step in her journey as a left-wing propagandist is to join GLAAD in it’s #summerofequality. Of course, this is just another phrase to describe the ongoing efforts of the Democrats to force the Equality Act through the Senate. How courageous of Swift to use her voice to support every other Hollywood celebrity who has been screeching about H.R. 5 for the past several months. 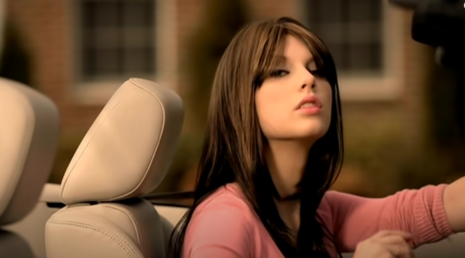 GLAAD is the speech police for all things gay, and it spends a lot of time demanding that gays and the rest of the alphabet be outrageously over-represented on TV and in movies. One of its recent projects includes a documentary on transgender athletes that seeks to demonize conservative politicians who don’t support males being permitted to participate in female sports.

“Let’s Make This the Summer of Equality,” reads GLAAD’s website. It also provides a contact form and sample letter on the webpage so that if you fill in your personal information then the organization will send a message to your U.S. Senators urging them to pass the Equality Act. The Equality Act of course will give transgender individuals the freedom to choose whichever restroom or locker room they “identify with.” It will “prohibit discrimination based on sexual orientation and gender identity in areas including public accommodations and facilities, education, federal funding, employment and housing.”

Swift tweeted how “proud” she is to be joining GLAAD. Someone should ask her how comfortable she would be in a private restroom with a full grown male who’s pretending to be a woman.

Swift began her campaign in support of the Equality Act back in 2019 when she posted a screenshot of an open letter to Senator Lamar Alexander on her Instagram. Swift claimed in her letter that the state’s legislature was “discriminating” against the LGBT community and depriving Tennessee of jobs.

Calling this insane piece of legislation the “Equality Act” is just the left manipulating emotions and obfuscating its true aims. How are we supposed to protect our First Amendment right to freedom of religion if citizens are forced to accept beliefs that go against their morals? Not only is it unconstitutional but it also flies in the face of the science that leftists have been telling us to trust.

There are only two genders, and biology agrees with that.