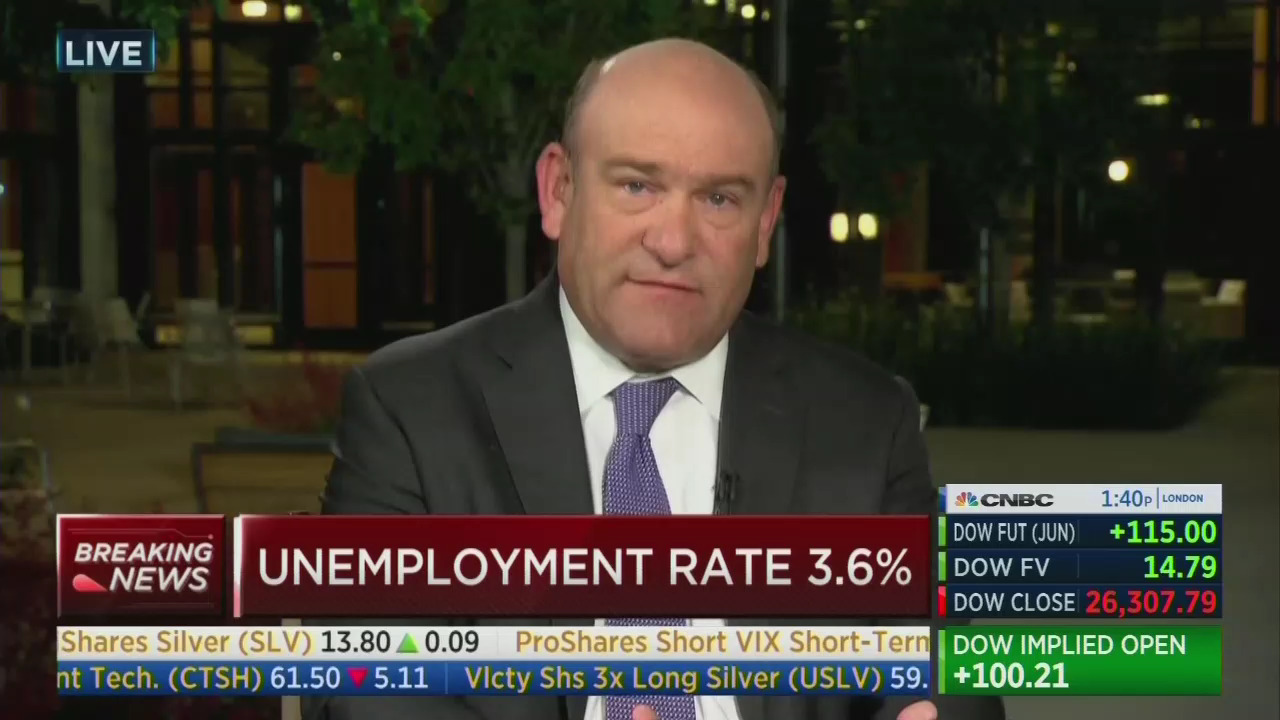 April was a great month for jobs with another upside surprise.

Surprise! The economy did even better than that.

The Bureau of Labor Statistics announced May 3 that 263,000 non-farm jobs were added in April. The national unemployment rate dropped to 3.6 percent, the lowest since 1969. CNBC’s Squawk Box reported on May 3, that April also set a new record low for Hispanic unemployment at 4.2 percent.

CNBC reporter Ylan Mui noted that not only did jobs growth beat expectations, but adjustments to the previous two months added 16,000 jobs that also had not been reported.

“I think everything’s acting quite well. As a matter of fact, I think if we get a trade deal that mostly likely could be a deflationary event. That most likely is going to excite stocks even more. Thinking ‘Oh, the Fed’s gonna see this and really think inflation is going down,’” on-air editor Rick Santelli said after the latest numbers.

Later on Squawk on the Street, Santelli asked former Chairman of the Council of Economic Advisers Ed Lazear to weigh in on jobs and the economy.

After commenting that job growth rate is very high, Lazear said: “That’s still well above what we need to keep up with population. I heard the discussion this morning about that. There really is no other interpretation. If you’re growing at a rate higher than the population growth rate it tells you we’re still recovering jobs and that’s good.”

Lazear was upbeat on jobs growth, wage growth as compared to inflation and overall growth of the economy.