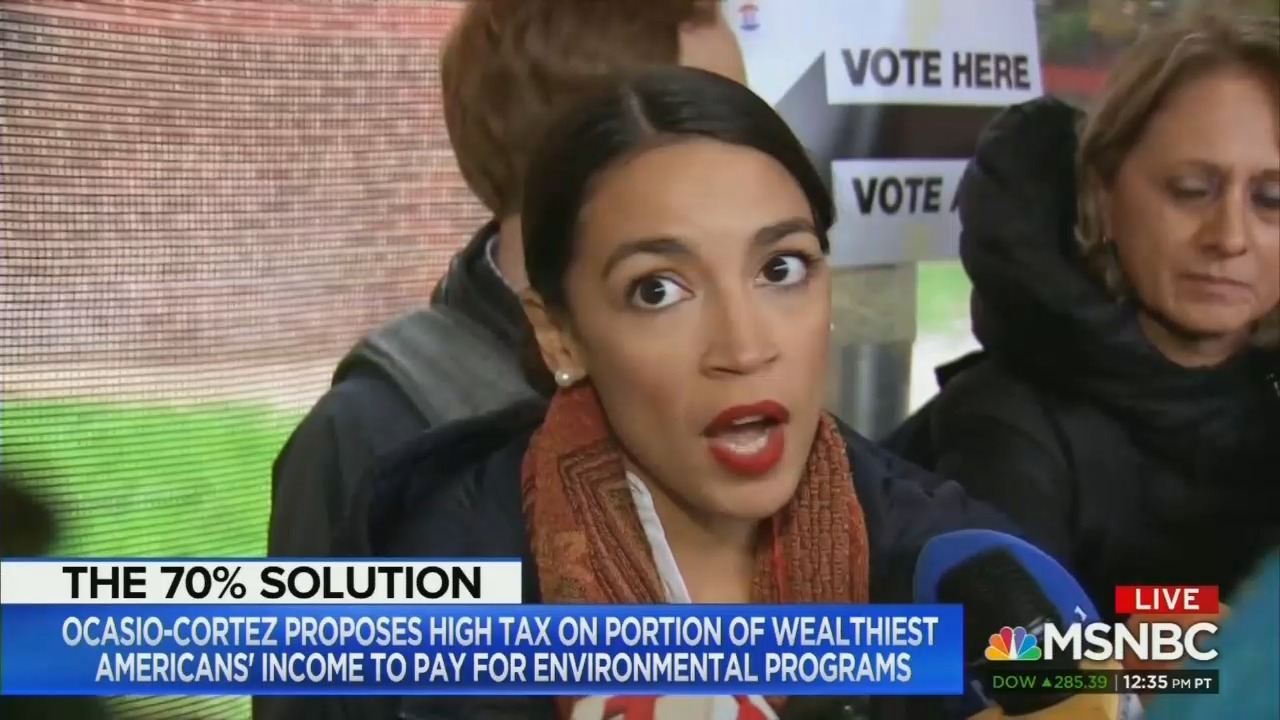 Freshman Rep. Alexandria Ocasio-Cortez, D-N.Y., has many policy ambitions, among them she floated the idea of hiking the top tax rate to a whopping 70 percent to pay for a “Green New Deal.”

Although a chorus of media liberals defended and even applauded the socialist’s “soak the rich” suggestion, some high-profile economists opposed it because it would harm the economy. A CNBC reporter also found that even that tax hike wouldn’t come close to paying for a Green New Deal scheme.

Former Federal Reserve Chairman Alan Greenspan told CNBC on Jan. 7, that raising the top rate so high “would be a terrible mistake.” He indicated it would cause a “significant drop in economic activity” if it were implemented. CNBC also found a Green New Deal would cost 40 times more than the revenue the tax hike could bring in.

In a separate CNBC interview, Harvard economist (and president emeritus for National Bureau of Economic Research) Martin Feldstein called it a “nutty idea.”

In that Jan. 7, Closing Bell interview Feldstein added, “We’ve got a tax reform in place that. We’ve seen the tax rates come down. They have helped the economy. I don’t want to see us going back to where we were 10, 20 years ago.”

CNBC reporter and editor Robert Frank also threw cold water on Ocasio-Cortez’ math that day without even getting into what damage it could do the economy.

He crunched the numbers and found that raising the top tax rate to 70 percent would bring in additional revenue of $70 billion per year. But he found that estimates of the cost of her Green New Deal were FAR higher — at $30 trillion in the first 10 years.

“That’s more than 40 times the revenue that she would raise from the rich tax,” Frank explained. “So right now, tough to see how the math works.”