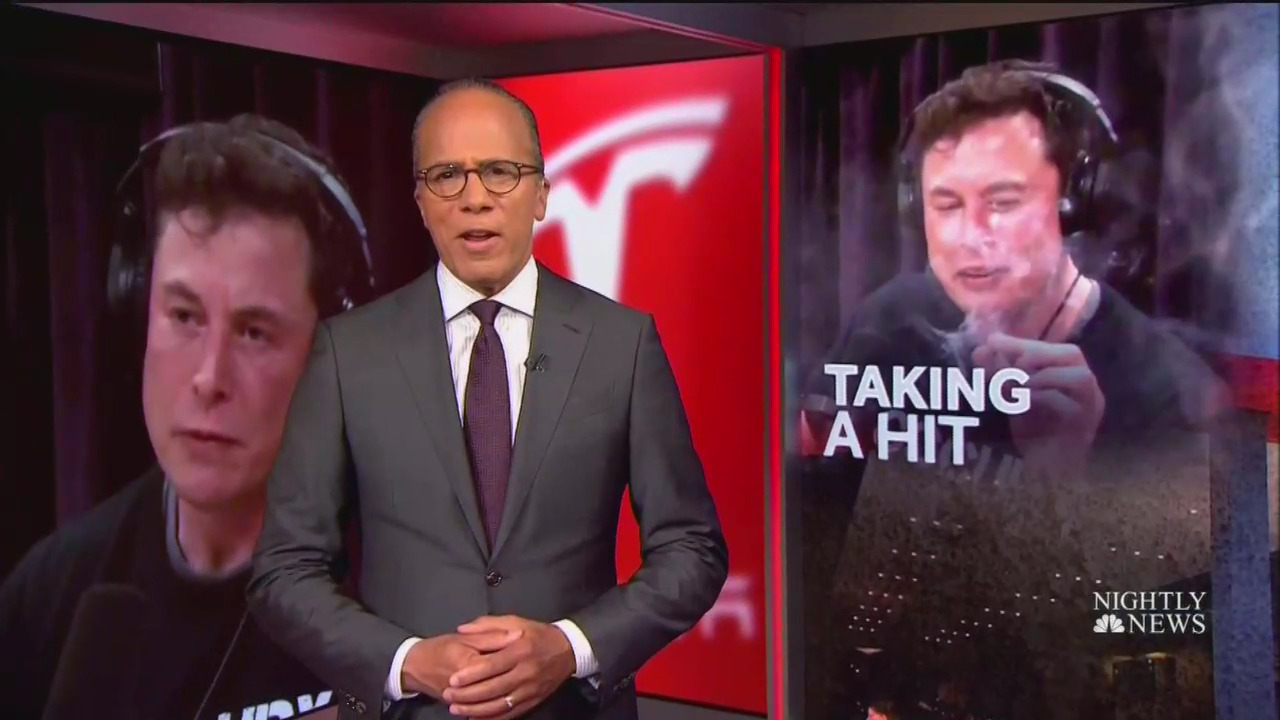 ABC, CBS and NBC evening news programs on Sept. 7, spent more than 6 times as much of those broadcasts reporting that Tesla and SpaceX CEO Musk smoked tobacco and marijuana during a live interview than it did on the nation’s latest employment news. All three shows covered Musk’s behavior, but only NBC Nightly News reported on the jobs report.

“The economy is booming and if you need proof, look no further than the latest strong jobs report,” anchor Lester Holt told viewers, He added that it beat “expectations,” and noted the wage growth was the “largest jump in nine years” in his 21-second report.

The Bureau of Labor Statistics announced that 201,000 jobs were added in August and unemployment remained at 3.9 percent. Wage growth also “accelerated” — measuring 2.9 percent on an annual basis.

By contrast, the three evening news programs spent a combined 2 mins and 21 seconds on Musk’s marijuana moment, also mentioning that Tesla stock dropped sharply on Sept. 7. The incident took place on Joe Rogan’s podcast, which records in California — a state where pot is legal.

Shares of Tesla stock dropped that day, but Musk’s interview wasn’t the only factor. News had also just broken that Chief Accounting Officer Dave Morton quit only a month after coming to work for Tesla.