Forget the good economy. That’s what one network did as ABC World News Tonight chose to ignore the news of 157,000 jobs added and 3.9 percent unemployment on Aug. 3. The broadcast networks took three very different approaches to covering the July jobs report.

CBS Evening News delivered the bare minimum that night — reporting both numbers without commenting on them. NBC Nightly News anchor Lester Holt called the figures “mixed” and made other pessimistic remarks ahead of a story about trade war fears, which incorporated the jobs news. 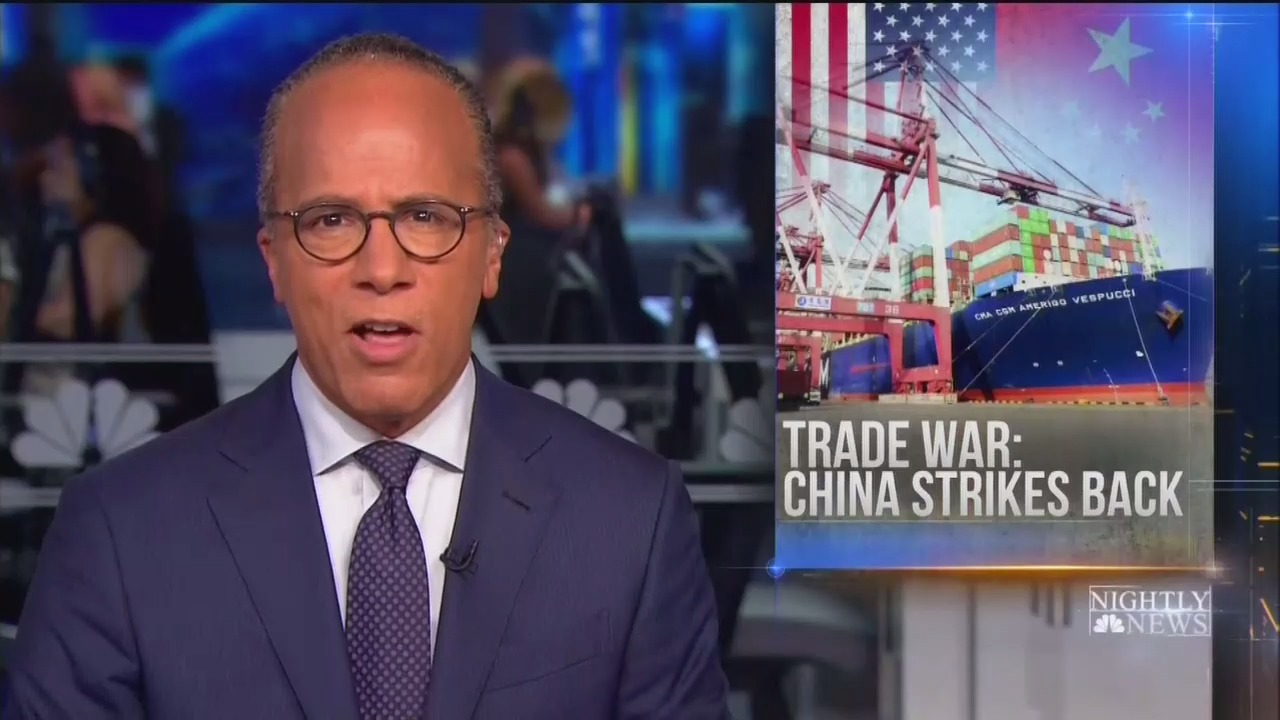 NBC correspondent Tom Costello’s report was pessimistic about the impact of China’s retaliatory tariffs, but acknowledged hiring and the economy were still “strong.”

Both of those broadcast network newscasts ignored upward revisions to May and June jobs figures which caught the attention of CNBC. The Bureau of Labor Statistics announced dramatic revisions, a combined total of 59,000 more jobs, added to May and June figures.

Senior economics reporter Steve Liesman’s reaction to the report was, “the big thing here is the revisions. The revisions tell you the jobs market was a bit stronger than we thought.”

Several CNBC contributors were unphased by the lower number of jobs added in July, in light of those revisions and other factors.

“Yes, it was a little light, but it certainly, certainly isn’t reflecting some big slowing,” editor Rick Santelli said later in the broadcast.

Co-anchor Brian Sullivan was also upbeat saying, “This is a strong economy even if the headline number didn’t match consensus.”

Co-anchor Andrew Ross Sorkin asked Rick Santelli for this thoughts on the report since his prediction had been higher.

“That’s ‘cause I see forward into the revisions actually, factor them in. I should probably stop doing that,” he replied as everyone else laughed. “You know I love Brian’s comments from top to bottom. He wins the prize in my book.”

Santelli explained, “Construction spending, manufacturing, these are all good things in terms of the revisions. Listen, there is not a material slowing in jobs ... we have plenty of employees that are gonna come back into the workforce. The wages were three-tenths month over month. Solid number, a tenth better than last time.”

Sullivan also offered a shout out back to Tausche who tweeted a potential reason for the lower July numbers. The BLS report noted an offset of 32,000 job losses in the category of toy stores.

“Toys ‘R Us bankruptcy. Weren’t most of the stores liquidated in July? That might be the reason the number missed consensus,” Sullivan suggested.