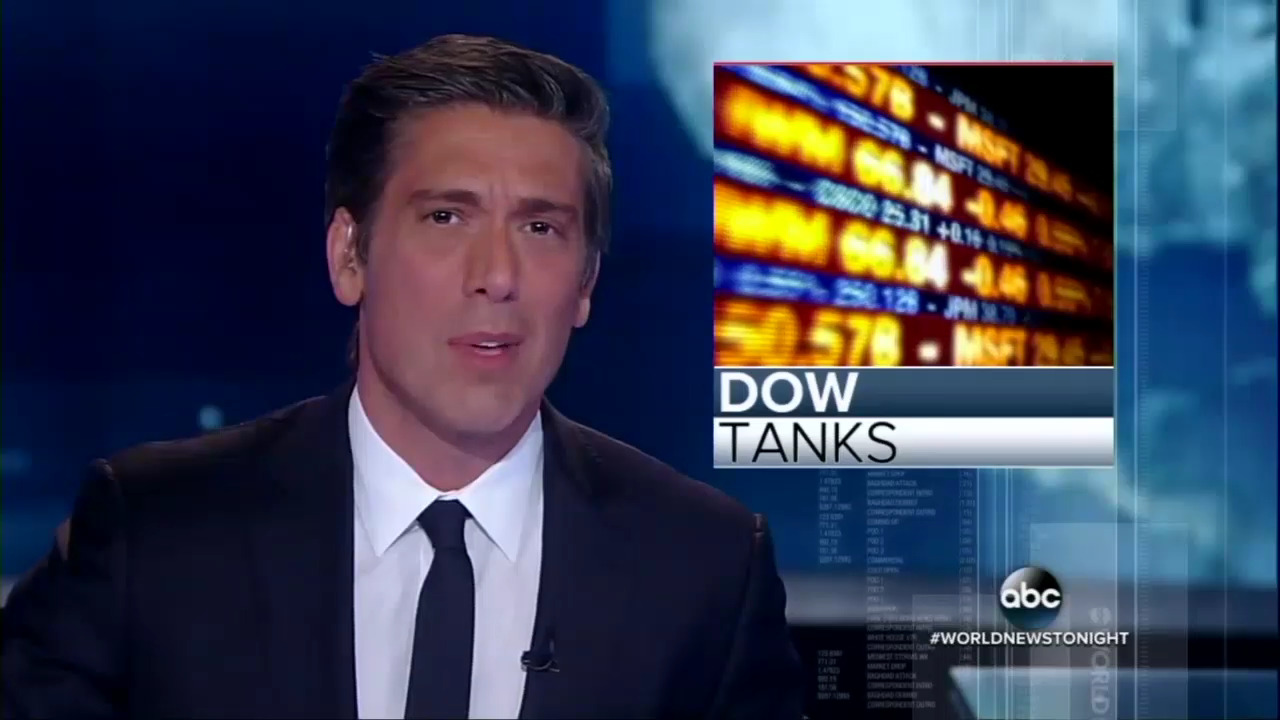 CNBC’s on-air editor Rick Santelli reacted to the April consumer confidence numbers positively, but the same night ABC, CBS and NBC evening news programs all ignored the latest update of consumer attitudes toward the economy, as did their Spanish-language counterparts, Univision and Telemundo.

“Some breaking news: Consumer confidence, we are looking for a read on April and the number is 128.7, sequentially following 127 [in March]. This is a really good number. 128 and change is the best level since February's 130. 130 was best level going back to the year 2000. Very lofty levels indeed,” Santelli said during Squawk on the Street on April 24.

That good news was omitted by all the principal broadcast network news programs that night. CBS Evening News and NBC Nightly News had no economic stories at all on April 24, and neither did Univision or Telemundo. World News Tonight with David Muir did provide a short, negative, economic update for its audience.

Muir told viewers, “We turn next to the economy and to the stock market tonight. Stocks down for a fifth day in a row. Investors on edge today over possible inflation, rising interest rates and those gas prices inching up. We’ll continue to follow it.”

It would not have been difficult to toss in a mention of consumer confidence, but that good news would have undermined the bad ABC chose to highlight.

CNBC’s website also pointed out that the latest reading of consumer confidence beat Reuters’ analysts who forecasted a drop to 126.

The Conference Board, which conducts and releases consumer confidence data said in its press release, "Consumers' assessment of current conditions improved somewhat, with consumers rating both business and labor market conditions quite favorably. Consumers' short-term expectations also improved, with the percent of consumers expecting their incomes to decline over the coming months reaching its lowest level since December 2000 (6.0 percent).”

“Overall, confidence levels remain strong and suggest that the economy will continue expanding at a solid pace in the months ahead," Director of Economic Indicators at The Conference Board Lynn Franco also said.