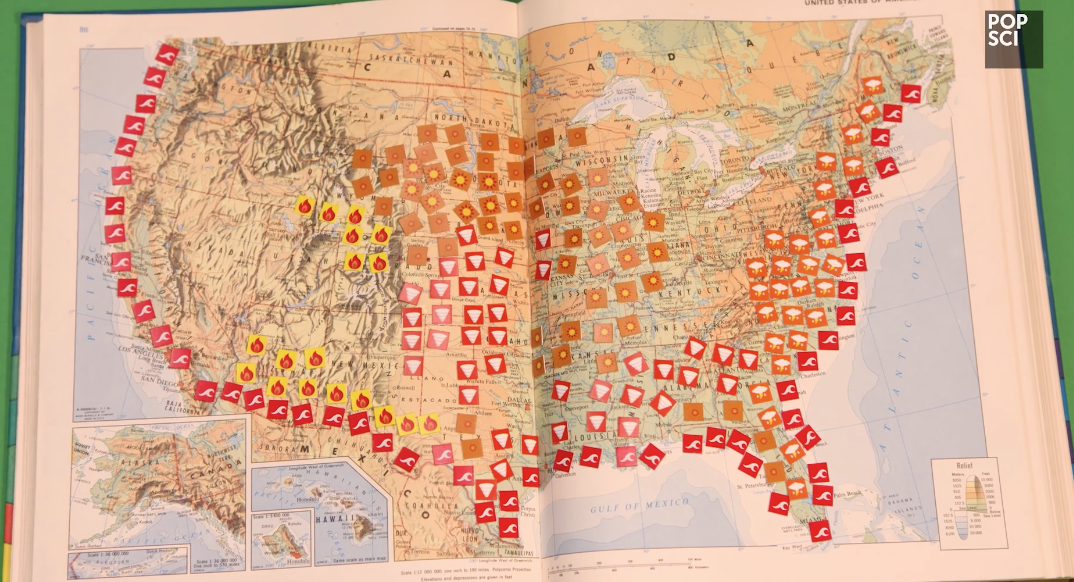 The Michigan tourism board must be gleeful since Popular Science made over-the-top climate predictions that could send people packing for the Wolverine state.

MLive reported the PopSci story and video on March 22, with the headline “Everyone will move to Michigan in 2100 due to climate change ...” The current Michigan population is about 10 million, so adding about another 308 million might make Michigan a wee bit crowded.

Why the exodus? Well, according to PopSci, by that year the majority of the U.S. will be ravaged by combined threats of more than 6-foot sea level rise, twice as many severe hurricanes, massive wildfires, tornadoes, drought and mosquito-borne diseases like Zika virus — leaving Michigan one of the rare habitable regions.

However, that supposedly scientific infographic supplied zero evidence for its many dramatic claims of the havoc climate change would wreak and some they’ve gotten wrong in the past. This outlandish claim fits in a pattern of media outlets hyping bizarre climate claims, especially ones that aren’t likely to be proven during the lifetimes of the authors, readers or anyone else.

The media often try to link hurricanes to global warming and predicted more and worsening storms without clear scientific evidence, and some claims to the contrary.

The Daily Caller cited University of Colorado climate researcher Dr. Roger Pielke Jr. who told Congress in 2013 that “it’s misleading, and just plain incorrect, to claim that disasters associated with hurricanes, tornadoes, floods or droughts have increased on climate timescales either in the United States or globally.”

Pielke’s findings are backed by the IPCC, which found “no significant observed trends in global tropical cyclone frequency over the past century. … No robust trends in annual numbers of tropical storms, hurricanes and major hurricanes counts have been identified over the past 100 years in the North Atlantic basin.”

As for sea level rise, the U.N. reports the media and climate alarmists rally around so much estimate far less than a six foot (or more) increase — the fifth assessment report forecasted less than two.