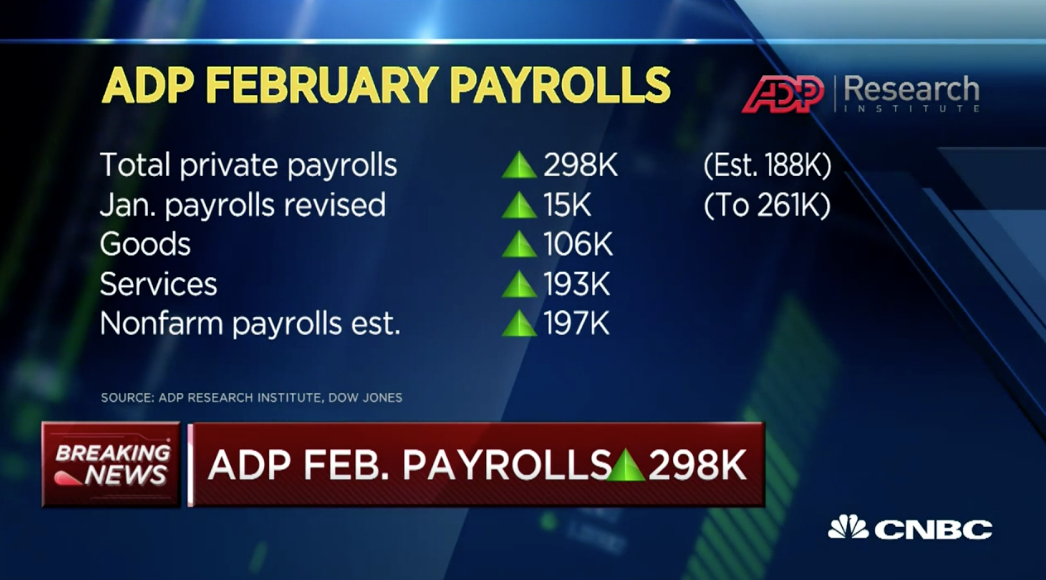 It’s not everyday that a payroll jobs analysis crushes expectations by coming in 100K above the forecast. So when it does, it should be big news.

And it was for some media outlets, but not to the broadcast networks. All three evening news programs: CBS Evening News, NBC Nightly News and ABC World News with David Muir said nothing about the latest ADP report on March 8.

That day Yahoo! News reported it was the “highest monthly private payroll read we’ve seen in more than 2 years.”

“ADP posted 298K jobs in the month of February — a full 100K higher than the 188K expected by analysts,” Mark Vickery Zachs wrote for Yahoo.

That “blowout” ADP report also made headlines at CNBC, USA Today, Barron’s, Forbes and the Los Angeles Times just to name a few.

“Together, the indicators are stoking expectations for Friday’s [March 10] closely watched survey from the Labor Department, which counts both private and government jobs. That report is projected to show 190,000 payroll gains, according to a Bloomberg survey of economists,” USA Today wrote March 8.