Spotify, Mic Target Millennials From the Left on Election 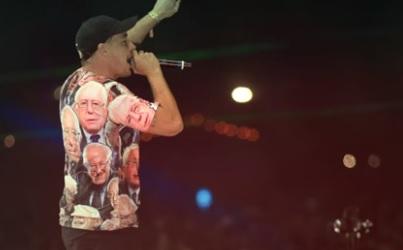 Think old media are biased? New media is vying to be worse. Spotify, the streaming music service with 100 million active users, is rolling out an election issues video series targeting millennials through a partnership with Mic. And from the start it is leaning left.

The Clarify video series will address a number of subjects like student debt, gun control, the economy and civil rights, according to Billboard.com.

The host of the series, Baratunde Thurston, promised the show will be about “facts” rather than rhetoric. Thurston is a former producer for The Daily Show. But if the first episode with DJ, songwriter and record producer Diplo is any indication, the series will be promoting left-wing views on electoral issues.

Diplo endorsed “far left” Bernie Sanders for president and Diplo’s song “Revolution,” was used as a soundtrack for a Sanders campaign ad, Billboard reported in April. 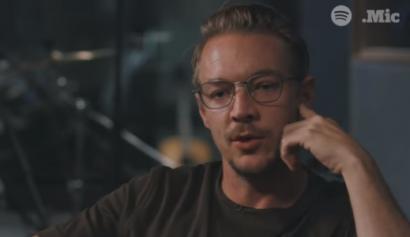 “Bernie Sanders had so many crazy, key aspects to his agenda that I loved. Some of them were very lofty, some of them were very difficult for people to even understand. I think he was going the full — he was going the most utopian route as far as a candidate, but I loved that,” Diplo said. He cited Sanders’ views about student loans as one thing that made Bernie popular with “kids.”

Another Clarify video released Sept. 13, tried to explain why there is so much student loan debt and compared Democratic candidate Hillary Clinton’s plan for “debt-free” higher education to Republican candidate Donald Trump who has not outlined an education plan for student loans.

What was not clarified in either video is what that plan for “free” college would actually cost taxpayers. NPR estimated the federal government would need to spend about $62 billion, “maybe less” to eliminate tuition costs. NPR did not specify how many years that would cover.

A future episode of Clarify will feature rapper Talib Kweli discussing gun control. Kweli is one of nearly 200 performing artists who signed a June letter demanding Congress do more to stop gun violence. The letter was done in partnership with the liberal gun control group Everytown for Gun Safety. Former New York City Mayor Michael Bloomberg was instrumental in founding the group, sits on its advisory board and pledged the organization $50 million in 2014 to advocate for gun control.