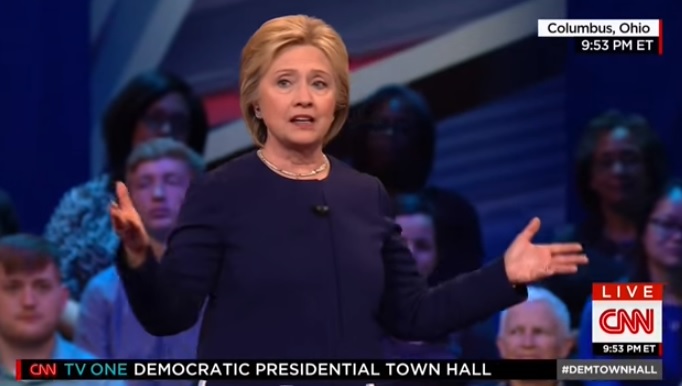 President Obama threatened to bankrupt the coal industry before he was elected. Presumptive Democratic nominee Hillary Clinton recently told coal miners she would put a lot of them “out of business.”

Both statements were clear as crystal. The left wants to eliminate the coal industry. But the network news media have done their best to conceal the issue by ignoring the Obama administration’s role in harming the coal industry and killing jobs.

Between June 1, 2015, and May 31, 2016 — a year that included the bankruptcy of Peabody Energy and four other coal companies — 95 percent network news stories and briefs mentioning coal failed to show just how much the industry was suffering (36 of 38). ABC, CBS and NBC also went out of the way to disconnect currently “distressed” coal communities, from Obama’s regulatory actions through the EPA.

Coal’s struggle cannot be entirely blamed on Obama policies. Market forces like low gas and oil prices and weakening world economies played a role too. But federal regulation promoted by the Obama administration definitely took a toll ... one the broadcast networks continued to ignore. The Washington Times reported in 2014 that energy analysts blamed regulation for the “free fall” of coal mining jobs.

Even when presumptive Democratic nominee Hillary Clinton candidly admitted she would put coal miners out of business, the networks failed to connect the frustration within coal country to liberal environmental policies already hobbling the industry.

“[W]e’re gonna put a lot of coal miners and coal companies out of business ...” she said at a CNN/TV One town hall meeting on March 13.

That shocking moment of honesty was ignored by the networks, until an unemployed coal company employee confronted Clinton on the campaign trail. On May 2, Bo Copley chastised her for chasing their votes while openly claiming she would harm their livelihood.

The networks were willing to admit Clinton’s threat, and even point to a potential toll on the coal industry from Obama’s Clean Power Plan — someday. But none of the year’s stories that brought up coal, connected the Chapter 11 bankruptcy filings and the human cost of lost jobs, struggling families or the pain of unemployment to the administration’s enacted policies of stiffer environmental regulations.

Five percent (2 stories) really gave any indication of how much the industry was suffering, and even those failed to connect the dots back to the Obama administration’s anti-energy policies.

Those figures were the “direct hit,” not including service jobs such as restaurants or stores near a mining operation. Another CBS story mentioned 49,000 coal jobs had been lost since 2008, but focusing on just those years the report made it sound as if it was solely the result of the recession.

NBC not only failed to report on the extent of damage to the industry, the “Green is Universal” network considered less reliance on coal a victory for climate-change. Today triumphantly cited the downturn in coal use as “progress in the fight against climate change” on May 23, when Chief Environmental Affairs correspondent Anne Thompson celebrated the 10th year anniversary of An Inconvenient Truth by interviewing Al Gore.

The broadcast networks admitted in several other stories that Obama’s proposed clean power plan regulations could shut down coal plants in the future, but the networks said nothing about the bankruptcies already rippling through the coal industry thanks, in part, to previous regulations from the administration. Peabody Energy, Arch Coal and Alpha Natural Resources all filed for Chapter 11 restructuring in 2016.

This was an egregious failure to tell the truth considering President Obama’s words in 2008 (before he was president), “If somebody wants to build a coal power plant, they can, it’s just that it will bankrupt them because they are going to be charged a huge sum for all that greenhouse gas that’s being emitted.”

Networks Only Remember Coal Collapse When It Hurts Clinton Campaign

Those stories made up more than one-third of the total network reports mentioning coal. There would have been far fewer overall stories on coal, if Bo Copley hadn’t called Clinton out on her “slip up” in March. CBS correspondent Nancy Cordes said Clinton was “consuming a bakery’s worth of humble pie” over it.

“I just want to know how you can say you’re going to put a lot of coal miners out of, out of jobs, and then come in here and tell us how you’re going to be our friend, because those people out there don’t see you as a friend,” unemployed W. Va., coal company employee Copley told Clinton on May 2.

But since his remarks did not specifically reference Obama policies, or blame the government for helping put coal out of business, the networks dodged.

They also helped Clinton spin her remark as a “misstatement” that was taken out of context. However, CBS’s Cordes said her “repeated apologies did not heal the wounds” in the region.

Of course, the networks’ real concern was how much her comment would hurt her politically — not what her policies would do to already suffering regions of the U.S.

CBS This Morning co-anchor Gayle King asked on May 3, “Do you think that it’s going to hurt her? Will it stick?”

President Obama virtually promised he would bankrupt the coal industry. Although his comments were about passing a cap-and-trade plan, which did not succeed, his Environmental Protection Agency (EPA) took plenty of strides to hobble fossil fuels. Especially coal.

Peabody Energy, the largest private-sector coal company in the world, filed for Chapter 11 on April 13, 2016. Peabody lost $2 billion in 2015, and blamed a number of pressures on their industry including the falling price of coal, economic weakening in China and low natural gas prices, according to The Wall Street Journal. More stringent regulations also impacted the industry.

Arch Coal filed for bankruptcy restructuring in January 2016, due to high debts from purchases made at peak prices, market and regulatory challenges, according to High Country News. A few other companies (Alpha Natural Resources, Patriot Coal and Walter Energy) also filed recently.

“Over the past several years, a confluence of economic challenges and regulatory hurdles has hobbled the coal industry,” John Drexler, Arch’s chief financial officer, said in a filing with a U.S. bankruptcy court in Missouri.

CNN Money reported, “The coal industry has faced a myriad of problems in recent years, including proposed regulation from the Obama administration to cut greenhouse gas emissions from the nation's coal-burning power plants. The industry refers to those regulations as Obama's ‘war on coal.’”

In April 2015, The Washington Post reported that the coal industry had lost 50,000 jobs in the past five years. Why? “[C]oal has struggled, amid mounting concerns about its contributions to greenhouse gas pollution and increased regulatory initiatives by the Obama administration.” [Emphasis added]

So why would did the networks barely acknowledge the suffering within the coal industry? Was it because they would have had to remind people that Obama promised make coal unable to compete, or that they might have to tie that record to Democratic presidential candidate Hillary Clinton?

The networks didn’t air many reports about Obama’s plans to further regulate fossil fuels with his “Clean Power Plan.” The ones they did broadcast only admitted the industry would pay a price in the future. None of those stories reminded viewers he’s already harmed it with other regulations. So if history repeats itself, the networks won’t actually report the harm of the Clean Power Plan if it takes effect.

ABC’s Good Morning America only admitted on Aug. 3, it “could mean the shutdown of hundreds of coal-fired electric plants.” Dan Harris noted in that brief that the energy industry said they “will sue.”

Another GMA segment on Aug. 2, sounded downright positive about the proposed regulations, repeating the White House talking point that it would be “the biggest, most important step we’ve ever taken to combat climate change.” Although they admitted the potential for coal plant shutdowns, that report did not criticize the damage to the industry, estimate the loss of jobs or economic growth, or consider the impact on overall electricity prices.

Those network stories generally failed to dig into the impact of the Clean Power Plan, for industry or consumers, and none quoted direct criticism — they merely acknowledged that industry opponents would sue.

The Wall Street Journal reported in March 2016, that the Clean Power Plan could “further dent jobs” in Wyoming, according to economist Robert Godby of University of Wyoming. They reported his forecast that the plan could lower employment by 2.5 percent to 3.2 percent by 2030 “as job loss in coal production would outweigh job gains in the natural-gas sector.”

The latest jobs report from the Bureau of Labor Statistics showed and an overall loss of 10,200 jobs in the mining industry (not only coal mining) in just the month of May. In the past year, more than 125,000 mining jobs disappeared.

“It’s hard to fathom that they would try to shut down an industry which built America,” Lodato told Scripps Howard Foundation Wire. “They would rather save a mosquito or an insect than rescue a family that’s in need.” Lodato also blamed Obama, the federal government and EPA regulations for the economic pain.

The Energy Information Administration also projected further reductions of coal use for electricity production due to EPA’s mercury and air toxic standards: as much as 20 percent less, according to Scripps Howard.

MRC Business used Nexis transcripts and our video archive to find ABC, CBS and NBC morning and evening news reports mentioning coal between June 1, 2015, and May 31, 2016.

MRC Business found 38 stories or news briefs about coal including political stories, crime stories, and one economic story. Ninety-five percent (36 of 38) said nothing about the severe struggles of the industry including layoffs, coal plant closures and bankruptcies.

Stories that mentioned coal incidentally were not counted (such as someone’s biography, a weather event in “Coal City,” a televised birthday greeting to a coal miner or a former coal plant being used for other things).