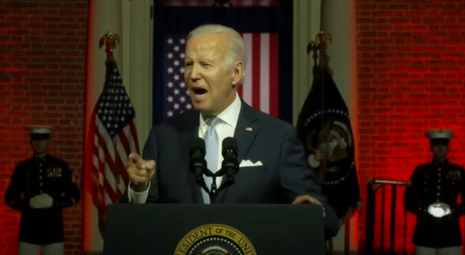 PolitiFact took a swipe at multiple criticisms of Biden’s irresponsible student debt policy on Aug. 26. The “fact-check” required three authors and came after Biden announced a legally dubious plan to cancel $10,000 in student loan debt for anyone making less than $125k (or $250k for couples filing jointly).

In one portion of the 921-word article, PolitiFact targeted National Review for daring to share an Aug. 23 estimate by the National Taxpayers Union Foundation (NTUF) that found that the average cost of Biden’s plan per taxpayer would be over $2,000 and said it “leaves out some details.”

PolitiFact whined that National Review’s usage of the NTUF's $2,000 estimate was misleading because it was based on the total projected cost of Biden’s plan ($329.1 billion over 10 years) divided by the number of 2019 tax returns (just under 158 million).

Additionally, the outlet said the NTUF overlooked that about one-third of those returns are joint filers, not solo taxpayers, and that corporations, estates and partnerships filed some of those returns.

Lastly, PolitiFact downplayed the $2,000 estimate by saying Biden’s debt cancellation policy spans a decade, which according to the outlet meant that “the number of taxpayers would change over that time — most likely increase — which would bring the share down.”

McCluskey said the so-called fact-checker was “splitting hairs.” “Everybody was making estimates at the beginning and nobody was trying to say, ‘These estimates are exactly right,’” said McCluskey, who was on target. NTUF had a disclaimer that the roughly $2,000 figure “is not a perfect proxy for cost, however, given the U.S. tax code is progressive and tax burdens are not evenly distributed across households.” 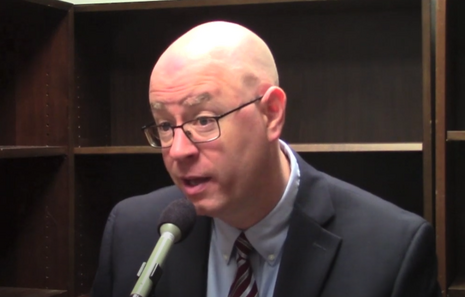 But that didn’t prevent PolitiFact from making it a point to fact-check an educated estimate, with McCluskey placing great emphasis on the word "estimate." McCluskey noted that when the Biden White House released its proposal, “they didn’t put any of their own costs on it, and a lot of people were scrambling to try and figure out, ‘Well how much is this going to cost?’”

McCluskey then lambasted how “ridiculous” it was for PolitiFact to “fact-check down to the dollar sign what people are saying.”

McCluskey challenged PolitiFact’s argument that one-third of the roughly 158 million 2019 returns used in NTUF’s calculations were joint filers. “The joint [tax returns] are likely to be bigger than the ones that aren’t,” McCluskey said. “If you have two taxpayers versus one, those two are probably paying something higher, so it would still kind of average out the same” to what NTUF originally estimated.

McCluskey noted that the NTUF’s original $2,000-per-taxpayer estimate could easily be an underestimate. Using Wharton’s updated "$500 billion" estimate for the overall cost of student loan debt cancellation alone, McCluskey calculated that the individual costs could break down to almost $3,200 per taxpayer.

McCluskey ripped PolitiFact for trying to shape the narrative on Biden’s student debt scheme before the actual cost materializes. “It’s kind of absurd to fact-check based on early estimates as people were trying to get their head around what had been proposed,” he said. “If the administration didn’t want to put out any cost estimates, they really didn’t leave people much choice but to try and do that quickly.”

McClusky then ripped PolitiFact’s argument about a potential increase in the number of taxpayers the next decade, saying it “misses the forest for the trees.”

“The forest is these are rough estimates of a proposal that was all about what [the Biden administration was] giving, nothing about the cost,” he added. “PolitiFact should say, 'OK, why isn’t the administration giving us any of this information,’ instead of nitpicking people’s early estimates.”

Conservatives are under attack. Suggest to PolitiFact that it stop acting like Biden’s in-house PR tool using this form.