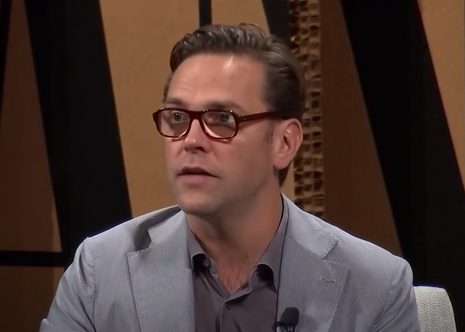 The Media Research Center was informed by Facebook last year that it would be partnering with the radical left-wing organization Democracy Works to help formulate the online platform’s 2020 election strategy. However, Big Tech giant Google was also working with “Democracy Works to make sure it's surfacing only true information — and not, Google engineering VP Cathy Edwards said, things like false claims of victory,” according to Protocol.

Democracy Works has been pushing the controversial practice of mail-in voting, the ballots of which Heritage Foundation Senior Fellow Hans Von Spakovsky said were the “most vulnerable to being altered, stolen, or forged.” Democracy Works currently runs a “Ballot Scout” initiative, which it bills as making “voting by mail a seamless and reliable service.” Another Democracy Works tool, called “TurboVote,” assisted a self-reported 2.1 million voters with “mail ballot request guidance.” Murdoch’s foundation gave at least $2.5 million to the group in 2019.

Washington Post foreign and domestic policy columnist Marc Thiessen had noted in July, 2020 that under the left’s mail-in vote push, “ballots would inevitably be sent to wrong addresses or inactive voters, putting millions of blank ballots into circulation — an invitation for fraud.”

MRC Business calculated in 2020 that Democracy Works was heavily funded collectively by at least six liberal organizations between 2012 and 2019 to the tune of $10,628,999. These groups included the John S. and James L. Knight Foundation, liberal billionaire Pierre Omidyar’s Democracy Fund, the John D. and Catherine T. MacArthur Foundation and the historically anti-Israel Rockefeller Brothers Fund. As it turns out, Murdoch’s Quadrivium Foundation was also listed as a funder ($2.5 million). This would bring the total calculated amount Democracy Works received from left-wing groups to $13,128,999. Both James and his wife Kathryn also donated over “$20 million to [President Joe] Biden’s campaign, groups supporting him and opposing Trump, and organizations dedicated to disrupting threats and extremism,” according to CNBC.

Democracy Works Co-Founder and Executive Director Seth Flaxman published a blog June 4, 2020, headlined, “Our Democracy Fails If We Don’t Protect Black Lives.” In his blog, he decried America as being built on slavery:

For over 400 years, America has systematically and violently oppressed Black life. Historically, Black communities have been forced to fight for rights afforded to white citizens in a country built on Black enslavement.

He also suggested that racism is embedded into American society:

If we attempt to improve our democracy without reckoning with the racism embedded in our way of life, we will only perpetuate the harms Black voices have enumerated for centuries.

Murdoch apparently had no problem throwing his political weight behind such an extremist organization with an explicit anti-American agenda.

Another Protocol report revealed just how involved Democracy Works was with Big Tech during the 2020 elections:

Murdoch’s involvement with a leftist group aiming to manipulate the 2020 election is revealing given his recent pontificating about disinformation. In a joint statement with his climate activist wife Kathryn, James decried “[s]preading disinformation — whether about the election, public health or climate change — has real world consequences.” It now looks as though the Murdochs had no problem with a leftist organization controlling the flow of information on Facebook and Google.

Other content on the Democracy Works website underscored its leftism. Flaxman released a statement following the 2020 elections praising how “voters triumphed,” after writing a diatribe celebrating the United States having a “racial reckoning” that year:

As the pandemic transformed every aspect of our lives, America faced a long overdue racial reckoning. Grappling with our nation’s history of racial injustice was not enough. Saying Black Lives Matter was not enough.

MRC Business also documented the left-wing bent of the board of directors for Democracy Works. In fact, only one of the 12 board members, Mike DuHaime, had a record of donating exclusively to Republicans.

MRC Business reached out to Quadrivium and Democracy Works for comment but has received no response as of the publication of this article.