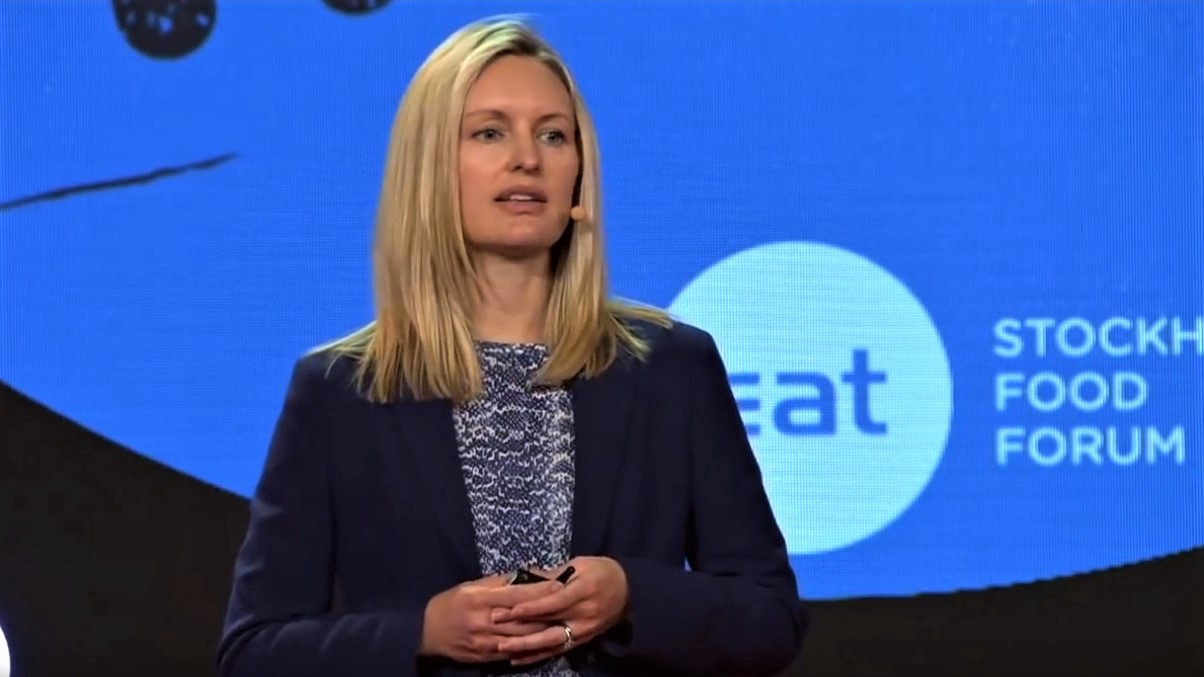 "Kathryn Murdoch wants to stop climate change by fixing our broken politics. Her father in law is Rupert Murdoch, whose media empire is part of the problem."

The headline of the piece sounded a similar note:

Kathryn Murdoch Steps Out of the Family Shadow to Fight Climate Change
You know her last name, and her father-in-law, Rupert, the conservative media mogul. Now, she hopes to remove partisan obstacles to climate progress that her family’s empire helped build.

Apparently, Mrs. Murdoch began a series of interview with the Times in May to dissent from the Fox News line on climate. According to the Times, they are "blocking progress."

Ms. Murdoch has stepped out further, in order to bring attention to the fight against climate change. That means countering the efforts of those who block progress by stoking partisan rancor or by attempting to muddy the scientific consensus that climate change is happening now, and it is driven by human activity.

The Murdoch empire and Fox News have long had a substantial role in that muddying and stoking.

So this could be awkward.

Kathryn Murdoch calls herself a "radical centrist" in the article, but asking her who she's voted for would probably fact-check that claim. In 2016, according to Open Secrets, she donated $5,400 to Hillary Clinton....and doled out $1,173 donations to Democratic Party organizations in 36 states. She just donated $2,800 to climate-centric Democratic presidential candidate Jay Inslee this summer.

She admits that Al Gore's speech at an event organized by her husband in 2006 spurred her activism.

Her approach is bipartisan, but it is also clear that one party has been more resistant to action. “There hasn’t been a Republican answer on climate change,” Ms. Murdoch said. “There’s just been denial and walking away from the problem. There needs to be one.”

To those who defend climate science and warn of the risks that global warming poses, her emergence and use of her fortune and network of powerful friends and her famous name — which she describes as a “double-edged sword” — is welcome. “Murdoch media are notorious amongst climate scientists for their constant stream of misinformation on climate change,” said Stefan Rahmstorf of the Potsdam Institute for Climate Impact Research. “I can see how a thinking person who marries into that family might feel an urge to counter at least a little bit of the damage they do.”

This "notorious"-denier line is also obvious among the Times readership. One commenter looked forward to "climate trials" of the Fox News people: