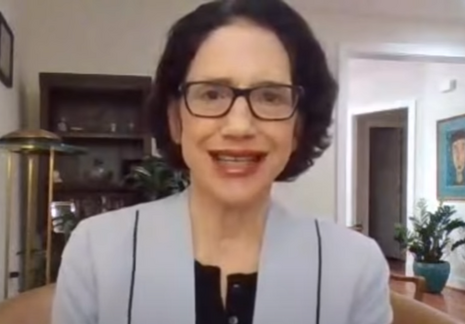 She decried how there “has been little concrete evidence [corporate America is] working to preserve democracy and the rule of law on which their businesses rely.”

Then, Rubin became unhinged: “The letter, however, was silent on the rash of Jim Crow laws pushed by Republicans in state legislatures or on whether they would support some version of H.R. 1.’” Rubin couldn’t stop spewing leftist dribble: “[Corporate America’s] silence about the ongoing threat of voter suppression and vote manipulation (i.e., the empowerment of partisan players to overturn election results) amounts to enabling these nefarious activities.” [Emphasis added.]

She then gave a laundry list of crazy, leftist wish list items for a “democracy pledge” that she pontificated “[v]oting rights advocates and the White House'' should encourage businesses to sign. The items included the following fantasies:

But here’s the best part: Rubin argued that outside civil rights activists like leftist voting fanatic Stacey Abrams to “take the lead in drafting the pledge and persuading corporations to sign.” The biggest claim to fame for Abrams was losing the Georgia gubernatorial election in 2018.

Conservatives are under attack. Contact The Washington Post at 202-334-6000 and demand it distance itself from Rubin’s extremism on voting.