Inflation is becoming a very serious problem for Americans. The problem is so bad that even Bloomberg News admits it. 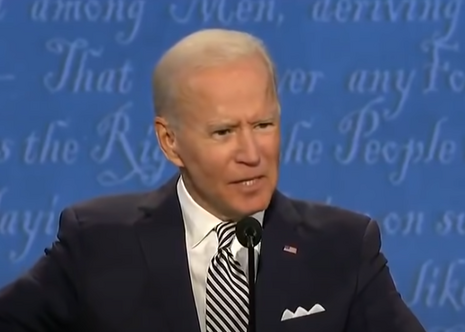 Bloomberg News underscored the issue in a new story headlined, “Inflation Eats at Surging U.S. Pay With Biden Plans at Stake.” The outlet reported that “Americans are enjoying outsized pay boosts this year from desperate employers, but the raises are failing to keep pace with surging prices for everyday goods.” Despite U.S. wages forecasted to have increased by an optimistic 3.6 percent in June, “prices for everything from milk to car rentals and gasoline are rising at a rapid clip, eating into those income gains,” Bloomberg News reported. The outlet noted that the Federal Reserve’s “preferred consumer-price gauge rose 3.9% in the 12 months through May, the fastest since 2008.” [Emphasis added.]

But in typical liberal fashion, the outlet used the story to employ a “Republicans seize”-style argument to make it appear as if concerns over inflation under Biden were divided on partisan lines:

Republicans, meanwhile, have seized on the inflation numbers to argue against Biden’s spending plans and highlighted the pain from price gains: People with low incomes are hit particularly hard by inflation, since they spend a higher proportion of their funds on daily expenses like food and transportation.

Too bad a recent poll of 1,073 likely voters by the Trafalgar Group revealed that a bipartisan 39 percent plurality of Americans held Biden as “most responsible for rising inflation.” But that’s not all. Excluding those who said “don’t know,” Biden actually came in second among exclusively Democratic respondents pinning blame for rising inflation with 21.5 percent. Former President Donald Trump came in first place for blame among Democrats with 27.3 percent. In addition, a sizable plurality (35.5 percent) of respondents identified as “No Party/Other” blamed Biden for inflation.

Newsflash for Bloomberg News: Republicans aren’t the only people concerned about inflation under Biden.

Bloomberg buried the warnings of ING Chief International Economist James Knightley in the sixth paragraph of its story. According to Knightley, “‘As a company, you’re going to have to pay up to hire.’” He continued: “‘But the cost of living is going up pretty rapidly. So really at this stage, you’re allowing people to tread water at the very best.’” [Emphasis added.]

Conservatives are under attack. Contact Bloomberg News at letters@bloomberg.net and demand the outlet stop portraying inflation concerns under Biden as partisan.